Smartphones have changed our world in many ways and, they have a massive role in making our daily life convenient. We can now do countless things using a smartphone which wasn’t possible before. However, we can’t deny the negative effects of smartphones on society and our lives.

We live in a world where even a newborn is smart enough to operate a smartphone, or maybe it is just the carelessness of the parents who let the newborn child near a phone, of which he clearly has no apparent need. Some parents even give their phones to the children to distract them from crying.

According to Statista, smartphone users worldwide have reached 3.8 million in 2021, and the number is still increasing. Hence, it is not surprising to find everyone around us buried within their smartphones, from eating joints to bus waiting stations. We no longer enjoy what’s around us when we travel or converse with the person sitting beside us on a bus. Apart from these, there are many negative effects of phones on our day-to-day life. Let’s discuss these side effects of smartphones in detail.

Negative Effects of Smartphones on Youth

Over the past years, researchers have found many direct and indirect negative effects of smartphones on Youth. The children of this age group are often the most affected ones. They either use it to waste their time endlessly scrolling through social media or playing games. These findings are discussed below in detail:

Many parents notice that their children ask them for the latest smartphone in the market or the most expensive one after different intervals. It has emerged to be equivalent to smoking or using drugs under peer pressure. Children see their friends or the social circle leaders using the newest version of smartphones. To be accepted in the group, they feel the need to possess that version.

It is not a hidden fact that children are being bullied, stalked, and even kidnapped using their social media accounts. It has been made easier for the bullies and stalkers when children have smartphones, and they can post their every move using pictures and Check-Ins via their social media accounts using smartphones. You may read the negative effects of social media on teenagers. Our article about Facebook stalking, Instagram Stalking, and WhatsApp stalking may give you deep insights.

Social networking websites have become more accessible, thanks to smartphones. But it has also impacted how our youth interact and make relationships in real life. They find it easy to make friends online and converse with them via messaging instead of offline.

Youth are using social media platforms to share and update others about their activity. They share everything, from where they went to what they ate, and then wait for people to like and comment on their posts. If they don’t get as much like or comment on their friends, they start feeling useless and worthless. Deciding one’s self-worth on several likes and comments on social media isn’t healthy.

Fear of Missing Out (FOMO)

Comparing our lives with others isn’t a new concept. But mobile phones and social media sites have made it worse. We all know that social media is not always accurate and is often an exaggerated version of reality. But smartphone affects young minds, and they get sucked into the FOMO concept.

Today, our youth is so much indulged in smartphones that they developed false expectations. With so many editing and beatifying apps available, people present themselves as perfect. Our youngsters get affected so quickly that they start idolizing them and set false standards. They buy products, follow dieting, and do all the famous influencers’ activities without giving it a second thought.

Our dependency on smartphones has reduced our ability to talk with others in-person. Youngsters face the same issue, especially when they like someone. Instead of approaching them, they start stalking their social media profiles to know more about them. Some become so addicted to this activity that it can lead to harming oneself or the other person. 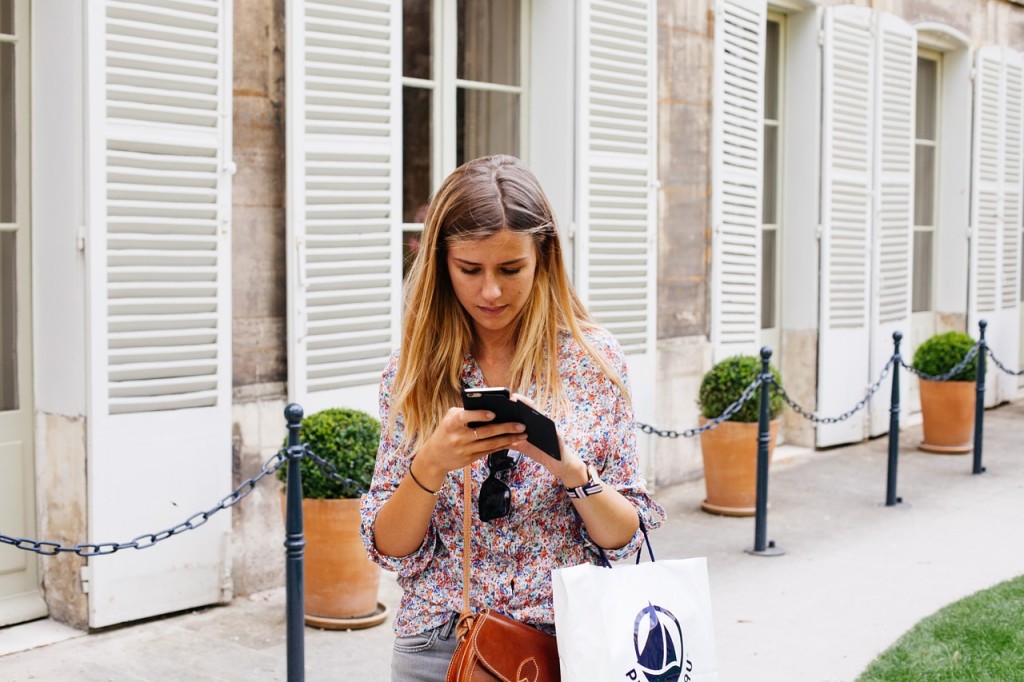 Negative Effects of Smartphones on Students

It has also been found that children who regularly use their smartphones get an addiction to social media every hour of every day. It may seem benign. However, it was known to cause attention deficit order in many. Not to forget that as children get easily addicted to smartphones, they bring them to the classrooms and lectures, which divides their attention. It is one of the significant causes why smart children have to endure bad grades. We should take positive steps to avoid the negative effects of smartphones on students.

Accessibility to social media on smartphones has made it easy to make friends globally. But it affects how students behave and interact with other children in real life. They prefer making friends online (even on gaming platforms) but don’t actually know how to make other friends in real life anymore.

With the advent of technology and smartphones, we can read anything on the go. Hence, we no longer carry or read newspapers, magazines, books, etc. Researchers claim that children learn better from a printed textbook than a digital one.

In today’s digital age, everyone suffers from smartphone addiction, including parents. They sometimes get so occupied with their smartphones that they no longer pay attention to their children sitting beside them. At this point, children think like they aren’t important and feel unloved. It can lead to many social/emotional issues in the children as they grow up.

Social media have introduced another form of language, including abbreviations, text lingo, and emoji. We use this language way too much while typing text or writing a post. It has resulted in incorrect grammar and spelling errors while doing classwork or homework at home.

Exposure to smartphones and the constant urge to check smartphones’ screens has resulted in low concentration. Some games may help focus students while playing. But it has impacted their ability to stay focused for a long time.

Children prefer using mobile phone calculators even for small calculations instead of pen and paper due to instant access to smartphones. Additionally, too much smartphone use can reduce students’ thinking process.

Negative Effects of Smartphones on Health

It is argued that children should not have unhindered access to a smartphone 24 hours a day. However, if your child must carry a smartphone, make sure he/she understands the consequences of this technology when used excessively. We must also not forget that the addiction to smartphone affects everyone from children to adults. It can have some significant adverse effects on our mental as well as physical health. Read on to find more about it.

Even after working hard all day, we tend to check our mobile phones before going to bed. But this activity can affect the sleeping habits as we get indulged in checking social media feeds and forget about time. It’s a sign to take a break from social media.

Technology has made it possible to access every service at our fingertips. No doubt, it has made our life more convenient in many ways. But we can’t ignore the side effects of smartphones. It has increased our dependency on technology and reduced physical activity. We no longer go out and have fun. Instead, we spend our weekends at home watching movies on smartphones, shopping, and order food online.

Not Good for Mental Health

According to researchers, smartphone affects our mental health. Addiction to a cellphone can lead to depression and social anxiety. Research done on college kids claims that the increased use of smartphones has affected their well-being. They have become more buried in their smartphones and also stay inside their room most of the time.

We have heard parents teach their kids not to spend so much time staring at the screen as it can weaken eyesight. The same happens when we spend too much time in front of any digital screen, including smartphones. These devices emit blue light, which can harm eyesight if stared on its screen for a long time.

Negative Effects of Smartphones on Society

Smartphones have made it easy to stay in touch with our close ones and connect with people globally. But smartphone affects our relationship negatively with the ones we meet regularly or live with. Nowadays, people hardly talk with the person sitting in front of them. Even the friends meeting after a long time end up clicking more pictures than spending time with each other. Read on to find the negative effects of mobile phones on society.

Smartphones have changed how we meet people online and date. Smartphones can widen our social group by exposing us to different people belonging to diverse cultures. But it has some adverse effects on romantic relationships as well. Even when a couple is on a date, they can’t stop taking a glimpse of their smartphones and checking their notifications.

Nowadays, people prefer to communicate through instant messaging services instead of in-person conversation. They avoid all kinds of confrontations. Sometimes, a simple discussion on the chat can turn into a conflict. It is because the mood, the tone, gestures, etc., aren’t visible through messages.

People carry their smartphones everywhere. It is good to have one to contact the concerned person when you face any trouble. One of the main side effects of smartphones is that some people expect an instant reply after sending a message. It is not realistic and affects a relationship, especially between lovers and friends.

Smartphones enable us to connect with the whole world instantly. People sit idly at their homes and scroll through the social media feeds to look at other’s achievements. Instead of becoming happy for others and showing praise, they end up feeling jealous of them.

Due to increased dependency on smartphones and messaging apps for conversation, people no longer have quick-witted skills. They take time, think, and then reply to the other person. It is a good habit to consider before saying anything to anyone, but it has affected in-person conversation. They don’t know what to say and take time to respond while the other person (in front of them) is waiting for them to say something.

Smartphones have now become an inseparable part of our lives. We have become so dependent that we can’t even do our daily activity without our mobile phones. It’s time to overcome these negative effects of smartphones and start living a less affected life.