For 2020, we all have our resolutions. Besides losing weight or wanting to do more with our lives, some of us are looking to social media as a resolution. There are some who want to lose it less, but then there are some who want to use it more. To be more of a voice on social media, be it on Twitter, or wanting to become a YouTuber. Perhaps it’s for financial reasons, or maybe it’s just for personal gratification. Whatever the reason, there are mental health benefits and drawbacks to using social media like this. In this post, we’ll discuss all of them, and you can decide on the pros and cons of social media. 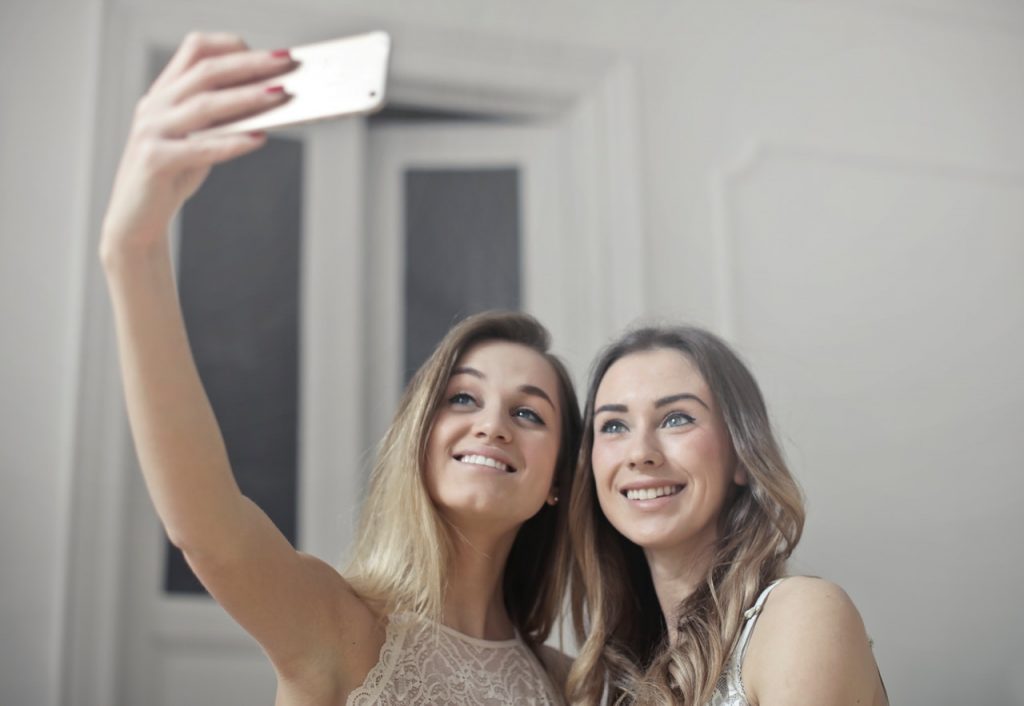 The Advantages of Social Media

Social media use, particularly in excess, has had a bad reputation, and we understand why, but there are a few advantages to it. Let’s talk about a few pros of social media right now.

Perhaps the biggest advantage of social media is getting things off your chest. Be it an opinion you’ve wanted to tell everyone or to vent about something bad that happened in your life, it’s good getting it out, and often, there’s someone who will agree with you or at least offer some sage advice. If you decide to become a bigger personality and get a lot more of a following, this can help you express yourself even further.

Of course, if you have severe problems in life, you shouldn’t hesitate to seek professional help and find a therapist. While some people may be able to give you some valid advice, the problem is that some people aren’t equipped to tackle certain mental health issues that you may have.

Another obvious benefit of being a social media personality is being able to make friends. One of the original goals of social media was making and connecting with friends. Many of us remember MySpace and its top friend list. The bigger your reach, the more friends you can possibly make.

Of course, many of these friends may be long-distance, and you’ll probably not meet them in real life. We should probably mention as well that social media friends usually aren’t as close as real friends. For some, they’re more like acquaintances. Even so, there is still an opportunity to socialize and reap the benefits of doing so.

Another way social media can help you is its ability to make connections in addition to friends. You may be able to make friends with someone who can hook you up with a job or another deal. You may find yourself making friends with someone from across the world, and then when you travel, they may give you a place to crash and help you save some money.

Then, there is the YouTuber side of things, where you can connect with other personalities and grow your audience. Networking is one way that you can succeed when growing your personality, and you may make some friends along the way.

Staying in the Loop in Your Community

Another advantage is the local side of things. When we think of social media, we tend to imagine something broader, but being able to learn what’s going on locally is an advantage as well. It’s much easier to see what is going on in regards to local events or news much better than if you didn’t have a presence on social media.

It May Help Relieve Depression and Anxiety

Social media is commonly associated with increased anxiety and depression, and we’ll discuss that further later on, but there are some benefits to your depression and anxiety when used correctly. If you have a depressive episode, looking at some funny memes or hearing words of encouragement from your followers may be able to help you. With anxiety, you may be able to watch some content that’s calming, or receive advice on how to tackle an anxiety attack.

Another benefit of being an internet personality is possibly being able to make money off it. Some people make a side income from it, while others make it their living. If you become big, you can usually make money through various revenue streams, too, giving you more peace of mind.

In addition, you feel liberated from a 9-5 job. You don’t have to worry about having to wake up at a certain hour, no worrying about being fired because you’re late, and an opportunity to grow. This isn’t to say that being a YouTuber or making money off the internet isn’t easy or has its challenges, but for many, working from home feels liberating and a fun job. 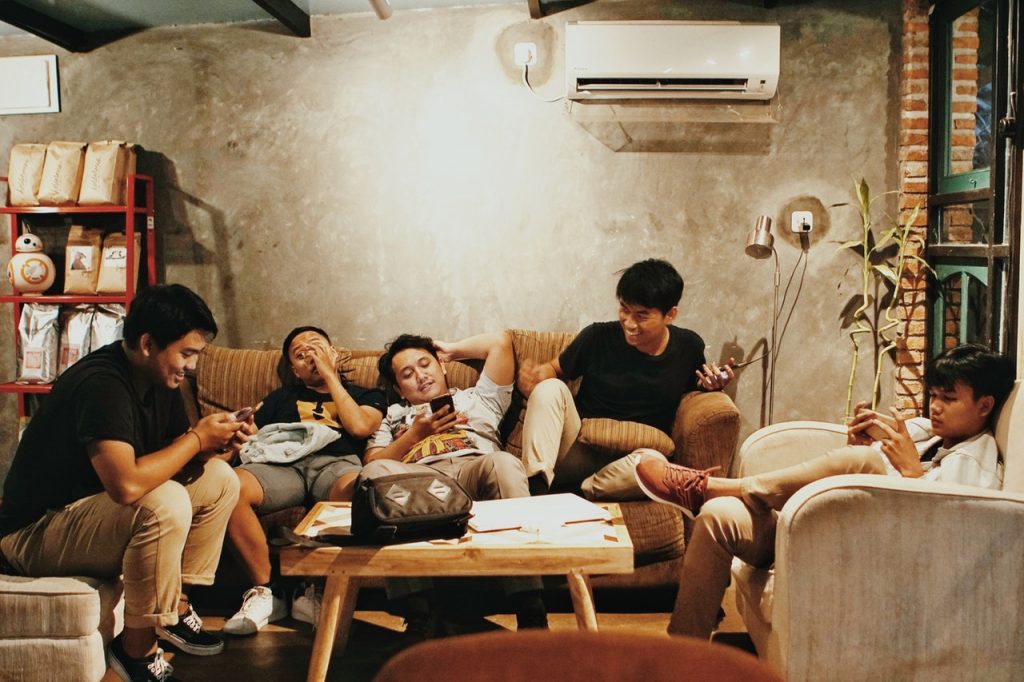 The Disadvantages of Social Media

Being a social media personality and a YouTuber is a double-edged sword, with quite a few mental health disadvantages as well. Here are just a few cons of social media.

If you’re popular on social media or YouTube, you’re going to be using it a lot, including before bed. Replying to comments, answering messages, and shooting content are just a few examples. It can disrupt your sleep pattern after a while. Too much social media use before bed may have a negative impact on your melatonin or keep you wound up. Those notifications and messages give you that dopamine rush. If you can’t sleep, you may end up using social media more, and this can cause you to have more trouble falling asleep.

When being big on social media, it’s important to give yourself a break an hour before bedtime and wind down with something that makes you tired. Not getting enough sleep can lead to various other mental health problems, such as increased depression and anxiety.

A recent phenomenon we’ve seen in a few years is burnout, particularly from YouTubers and other content creators. Feeling exhausted and uninspired at your job can lead to this emotion, which is quite surprising.

You expect burnout from a menial factory job, not from a career where the possibilities are almost endless. But think about it. When you have success on YouTube, it’s usually because of a particular niche or style, and if you break away from that style, your viewership and subscription base may drop because it’s not what people want.

However, for many, it’s a job, and they are left having to provide more content without doing much to relieve that burnout.

Another mental health advantage to too much social media use is anger. Being angry about social media isn’t anything new. You may end up being trolled, or see a post with an opinion that makes you annoyed. However, with the political device ever-increasing, everyone’s anger seems to be at an all-time high. It’s hard to hold your tongue and lash out on someone, and it’s difficult to let those feelings go.

The solution is a bit hard to solve, too. You could curate your feed until it’s nothing but things that make you happy, but the problem is creating an echo chamber. And if you’re going to be a YouTuber, outrage sells, so there’s another can of worms.

Social media can be quite addictive. To many, the likes, comments, and messages you receive give you an incentive to refresh the page over and over. In the MySpace era, social media was a little less addictive, as once you were off your computer, you had no way to access it. Nowadays, we have phones, and it takes quite a bit of willpower and discipline to strike a balance between being off the grid and being an addict, particularly if you’re going to make a name for yourself.

Another emotion you may face on social media is FOMO or the fear of missing out. You may find yourself always staying on social media for fear of missing an opportunity, such as a party. If you see a group of friends having fun without you, this makes that sensation a lot worse. FOMO is a phenomenon that has made even more intense thanks to social media, and with more people on it, it’s only going to get worse.

Another disadvantage of making your living off social media or YouTuber is the anxiety and the fact that everything keeps changing in regards to rules or what’s popular. For example, you may find yourself having to change the content you post to keep up with the algorithm or worry about an update to the terms of service retroactively taking down your previous content. Things move fast on the internet, and having to keep up may have an impact on your anxiety and depression.