High Definition Multimedia Interface / HDMI cable arose from the desire to simplify the transfer of audio and visual data to an output device. Its predecessor, the Digital Video Interface (DVI), was designed for computer terminals and consists of three individual lines for video and two additional for audio. HDMI combines all of these into a single, compact cable. These cables are produced by wiring the conductors of each circuit into twisted pairs.

This methodology has been demonstrated as the most effective means of eliminating interference, such as electromagnetic radiation and cross-talk between adjacent pairs.

Also, as technology has advanced and new products have been introduced, the bandwidth capacity of HDMI cables has been increased to meet those requirements. As a result, HDMI cables are the preferred means of connecting home entertainment systems.

What we are connecting through HDMI cables:

Do you know enough about HDMI Cable types? Let’s take a look at different types of HDMI cables- 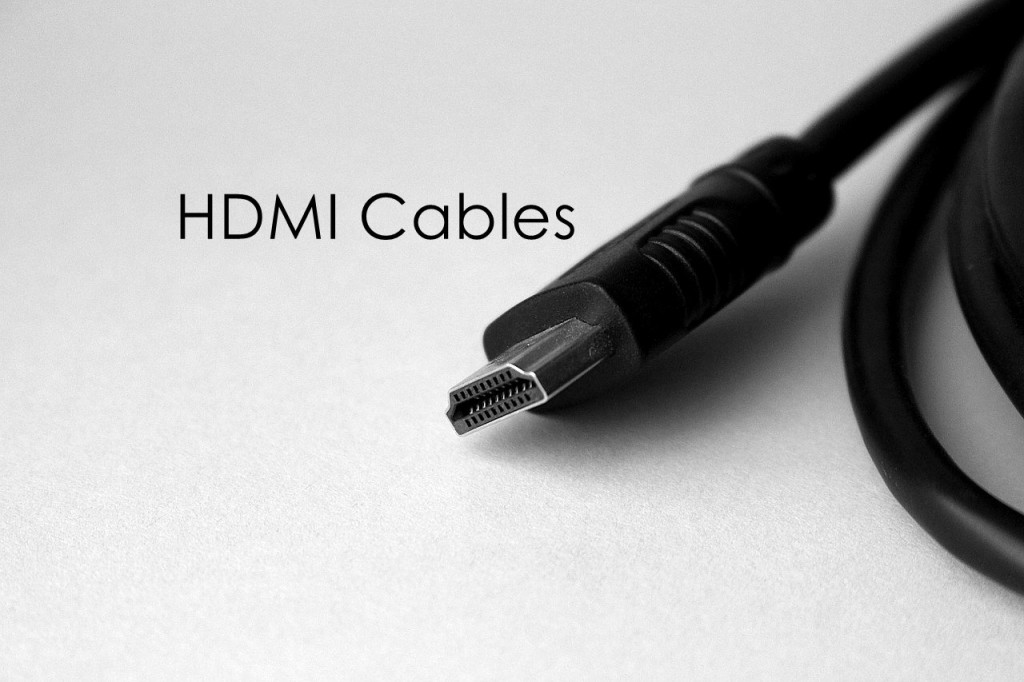 While all HDMI cables perform well for the purpose in which they are intended, determining the type of cable needed has proven confusing for some. Previously, HDMI cables were designated numerically according to their corresponding test procedure. To clarify cable types for consumers, the HDMI Organization eliminated the numerical system and designated a standard naming convention for each of the five HDMI cable types. All cables produced are currently labeled according to the new naming convention.

A standard HDMI cable delivers 2.25 Gbps of bandwidth and is suitable for the majority of home theater applications. The cable is capable of delivering up to 720p or 1080i picture resolution as well as surround sound. These specifications are acceptable for televisions and DVD players with a maximum resolution of 1080i. However, if you plan to experience the full capabilities of a Blu-ray disc player or 1080p resolution HDTV, you’ll require significantly greater bandwidth.

A standard HDMI cable with Ethernet delivers the same performance as the Standard HDMI cables with the addition of a dedicated channel for networking. It enables an Internet connection between devices to provide a variety of interactive features such as games and chat. It also allows Internet connectivity up to 100Mbps among multiple compatible devices using the HDMI cable with Ethernet.

A High-Speed HDMI cable is designed for cutting-edge technologies such as HDTV with 1080p and 4K (30Hz) resolutions and supports Blue-Ray, 3D, and Deep Color.  The capability to transfer these more intense signals diminishes with distance.

It can support up to 10 Gbps bandwidth transfer speed that is optimized for HDMI versions 1.3 to 1.4a.

Consequently, longer cables, even with the same specifications, should not be expected to perform at the same speed as the shorter ones.

This HDMI cable can transfer of 4K/UltraHD resolution video, including 4K/60 Hz, HDR, and expanded color range. It supports 18 Gbps bandwidth (transfer speed) and is optimized for HDMI versions 2.0/a/b.

It has all the qualities of premium high-speed cable and supports 8K resolution videos with HDR. It supports up to 48 Gbps bandwidth (transfer speed). The main advantage of this type of cable is less susceptibility to electromagnetic interference caused by some wireless devices. It is optimized for HDMI version 2.1.

A High-Speed HDMI Cable with Ethernet delivers the same performance as the High-Speed HDMI cables with the addition of a dedicated channel for networking. This enables an Internet connection between devices as well as the ability to share content between them.  Connected devices are capable of sending and receiving data at 100 Mb/sec.

An automotive HDMI cable is designed for connecting HD audio-video systems in automobiles and deliver the same speed as the standard HDMI cables. The insulation is much more durable to withstand the temperature variations and vibrations of the automotive environment.

Understanding the difference between the types of HDMI cables will allow you to purchase a cable appropriate for your needs without spending more than is required. However, it should be noted that the capabilities of Standard HDMI cables are becoming obsolete.

Unless you expect to be content with outdated technologies for years to come, you may wish to consider purchasing a High-Speed HDMI cable that has the capabilities to manage today’s newer technologies as well as those of the future.

It has the same features of High-Speed HDMI cables but is optimized for the automotive environment.

There are five different HDMI connector types (A, B, C, D, & E), each designed for a different purpose. Most have a 19 pin configuration. No naming or labeling convention exists for HDMI connectors, but each type may be differentiated by size. 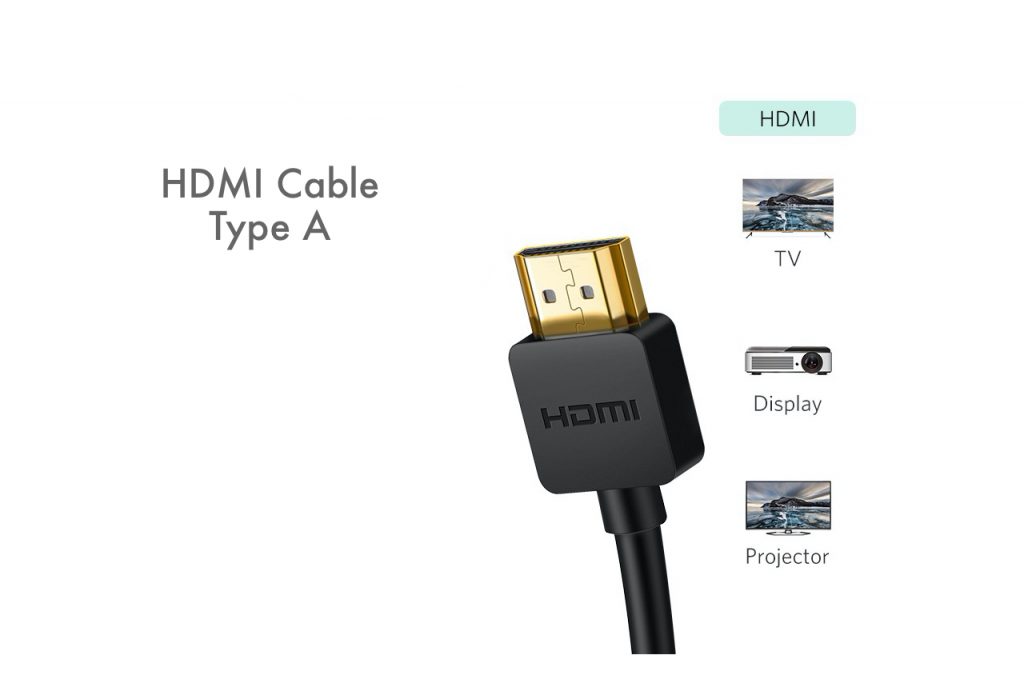 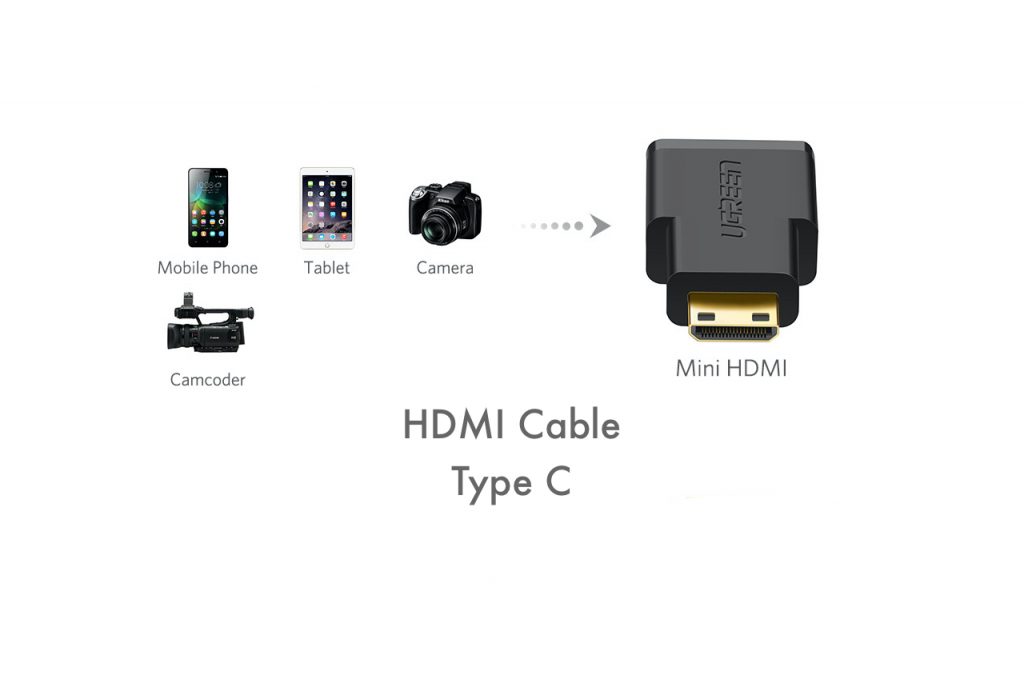 Type C (Mini size) is 10.42 mm wide and was developed for using portable devices. The 6.40 mm wide. You can connect standard size tablets, and DSLR cameras to a TV, PC monitor, or video projector. 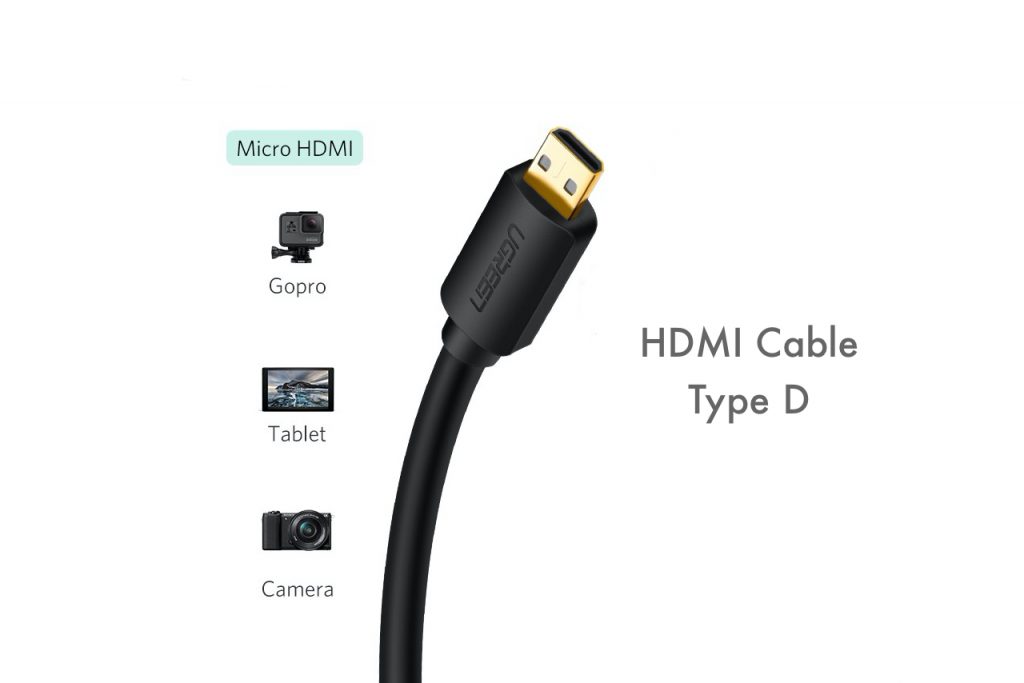 Type D (Micro size) is 5.83 mm wide and the connector is intended for use with compact portable devices such as smartphones, tablets, and digital cameras. 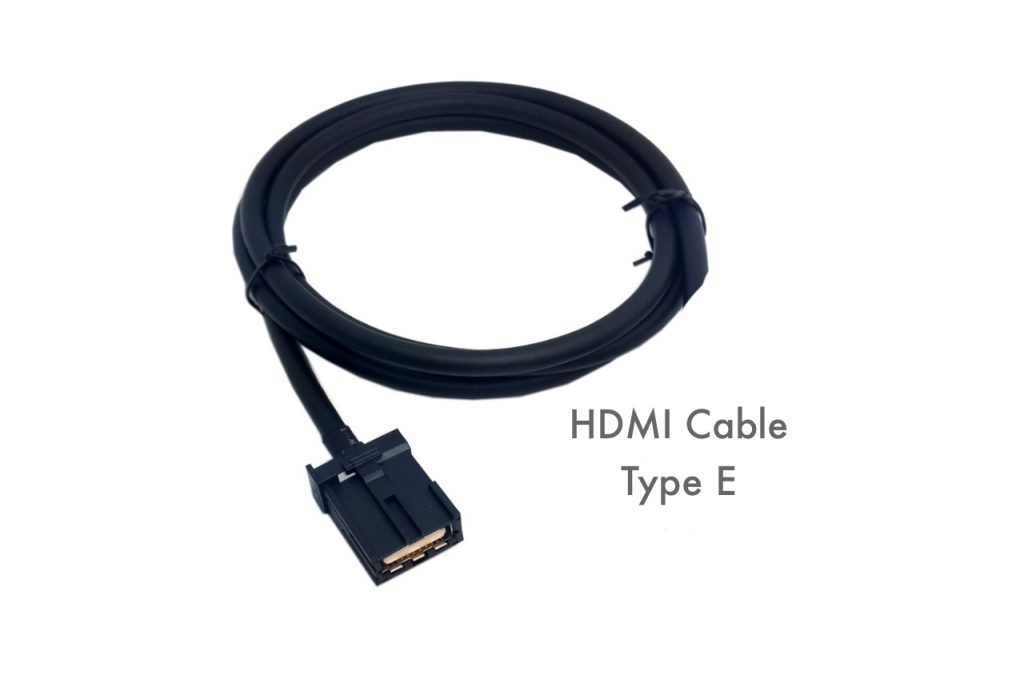 Type E (Automotive) was designed for automotive applications and measures 13.90 mm in width. The connector includes a latching shell to prevent it from becoming disconnected as a result of vibration. It is only used with automotive HDMI cables.