There are certain types of software development projects whose complexity demands someone to take responsibility and help the team move forward with development. That’s when the role of tech lead comes in. The person filling that position will be the one in charge of the technical direction and serve as a bridge between the different teams.

As such, tech leaders are essential for proper work to take place during the different development stages. Thus, having one person in that role is crucial, even if you’re outsourcing software developers since you’ll always need someone to supervise the technical aspects of the projects you take on.

Of course, you can’t just have anyone as a tech lead. You need someone with enough expertise and skills to be able to meet all the development demands. What are those traits? Here’s a list of the 7 you need to look for. 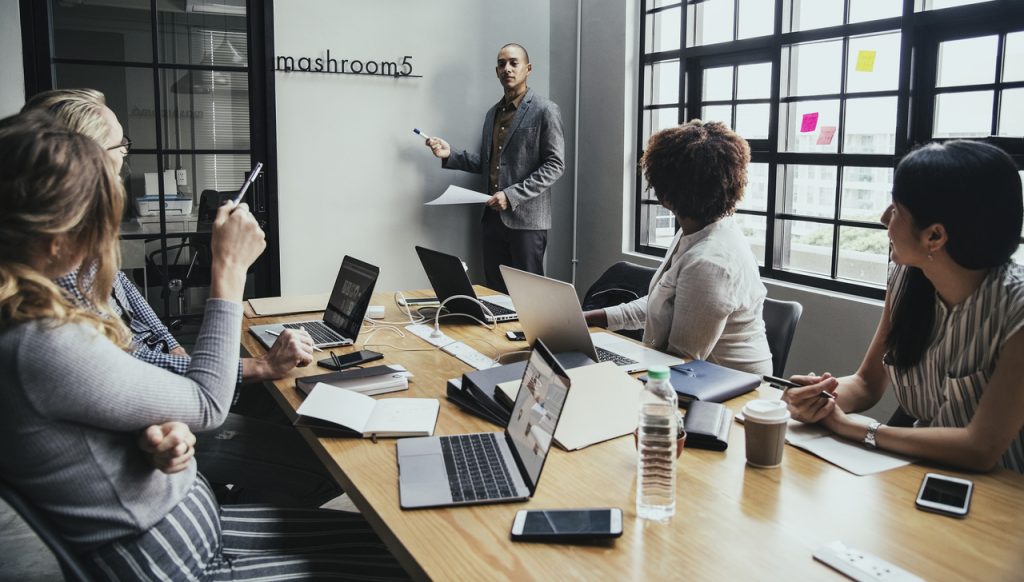 Qualities of A Great Tech Lead

Though tech leads will mostly be monitoring tasks and overseeing the work of developers, they have to know a lot. That’s why tech leads are often senior (or at least intermediate) developers that have been promoted – because they know their way around a project.

Being a full-stack specialist implies that the potential tech lead knows the entire stack. In other words, they know a lot about front end development as well as server-side development and DevOps. It’s expected that candidates to become tech leads won’t excel at everything related to development, as they’ll have certain areas of expertise. However, you should look for a lead that feels confident around the entire stack, as they’ll be guiding the development across all stages.

Being good at communicating ideas has become one of the most sought-after soft skills in today’s IT market – and for a reason. Projects are becoming more and more complex, teams are more diverse than ever, and people are working remotely from other cities, states, or even countries. Communicating properly is essential.

That’s why your tech lead doesn’t just have to be good at communicating – they have to be great. You can’t afford to have someone that isn’t clear about their ideas or that feels uncomfortable talking with people. The development process needs a strong leader that brings the issues into the open, fostering communication between team members, and bridging the gaps that will eventually appear between developers.

In today’s development world, everything is moving at a fast pace. That means that there are new tools and methods appearing almost daily that need for developers to adapt quickly. So, your tech lead has to be a person that embraces change intimately to encourage all the other team members to adopt new ways of doing things.

This is key for any modern development team, as sometimes the development work finds seemingly unsolvable issues that need for fresh takes. That new way of viewing things comes from people that see change as an ally, be it in the form of a new perspective, a new tool, or a new path to take.

Anyone that looks at the change in the way we’ve described above will be a risk-taker by nature. Yet, there are people that have a little daredevil inside of them that doesn’t want to wait until a problem appears to make a change. That’s who you need as a tech lead.

Some of the new methods, techniques, and tools mentioned above will be the most beneficial when they are fresh new. Maybe your development processes work fine and you don’t need a change in how you do things. However, a tech lead that loves to take risks might suggest going with a different approach that might be more advantageous down the line.

(Want to hear a secret? Hiring a risk-taker as a tech lead will need you to be a little bit of a risk-taker yourself, as you’ll also need to understand that failure is always a possibility when taking risks).

It’s unfortunately common to find development teams where the developers look the other way when they find themselves with a roadblock. However, while you can more or less expect that behavior from them, you should demand something else from your tech lead: you need a problem solver!

In other words, you need someone that happily takes the responsibility of finding a way out of a rut, be it by trying something different (as a change advocator and a risk-taker would do) or by helping the team look up for a solution under their supervision (as a leader would do). One of the most important things of a problem solver is that they spring into action when needed without waiting for someone else to do so.

The name itself says it all – a tech lead should be leading, not doing everything. While you can expect your tech lead to roll up their sleeves and sit to work from time to time, you’ll mostly want them to delegate to the proper members. In other words, you’d expect that a tech lead will eventually transfer ownership of user stories to more developers.

A good tech lead won’t be burdened by all the responsibilities – nor would they look for that to happen. They won’t micromanage, they’ll trust their team members with specific tasks, and they will focus on the big picture to ensure everything is going as planned. In short, a tech lead needs to know when a task can be delegated, to whom it can be delegated, and when to step in to help.

Finally, you’ll want a constant learner as a tech lead. To be honest, you want everyone in your development team to be curious and to keep learning but even if you can’t get that, you should at least aspire for your tech lead to be focused on constant improvement. If you’ve been paying attention to everything in this article, you already know why – software development keeps evolving, so you need leaders that evolve with the field.

A constant learner doesn’t just mean that your tech lead has to be constantly up to date with the latest development tools and techniques. They also have to be willing to learn from their mistakes. In software development, errors and fails are a dime a dozen, so you should also want someone that learns a lesson from each mistake and gains experience as they go.

If you want your development team to smoothly navigate the rough seas of software development, then hiring a tech lead is the way to go. However, you shouldn’t just settle for any person with the right technical capabilities. Knowing about development can only take the team so far – you need a profile that’s more akin to that of a leader.

So, the list of 7 traits of Tech Lead in this article should aid you in finding the right candidate. Just one more suggestion – when searching for your tech lead, don’t forget to look at your existing team. Maybe the leader you’re looking to guide your development progress has been sitting among your developers all along.