Video games have become part of children’s lifestyle since the day it was introduced in the market. Many companies came and went with new ideas for games and gaming tools. With the advent of devices, such as mobile phones, PC, laptops, etc., games have become more reachable.

The video games were not such a big deal unless it was inoffensive and non-violent. But with the introduction of violent video games and increasing addiction in children towards these games, many parents came forward and raised concerns.

Experts from different institutions researched to see if it causes any problem in the children and how much. Even the research paper showed that video games’ addiction is harmful to children of all age groups.

Why Are Video Games Bad for You?

The game genre and the time spent playing these games are the two factors that decide the good and bad effects of video games on children.

The obsession with video games has many adverse effects. The addiction can invite many complications while affecting the child, both mentally and physically. These complications are not only seen in children but also in adults who are addicted to video games. Let’s find the truth behind the negative effects of video games. 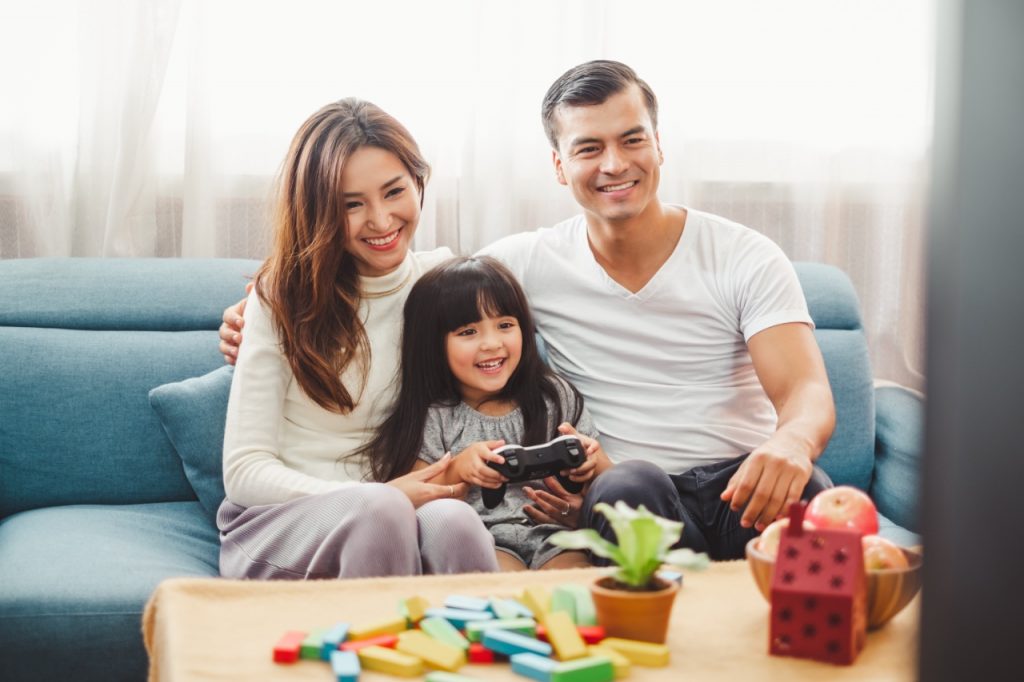 How Video Games Affect the Brain?

Over the past few years, psychologists took interest and conducted studies to know the impact of video games. The American Academy of Pediatrics claimed in a survey that around 8.5% of youth (in the US alone) around the age group 8 to 18 years are affected with Internet Gaming Disorder.

Impulsive & No Control Over Emotions

These gamers who are addicted to video games spend a lot of time in front of the screen. Violent or action games demand them to act instantly.

They are usually so consumed that they remain in the same zone after the game is over.

Also, behave in the same way in real life. They respond to little things without giving much thought, and this act gives rise to other problems. These gamers, as an adult, face trouble in dealing with their emotions.

These gamers are likely to get annoyed quickly when their parents ask them to stop playing video games. This behavior can also be seen in schools when teachers ask them to pay more attention.

They also get irritated over little things and sometimes react aggressively.

These game addicts become aggressive and violent towards others. The ones who play violent games are more likely to show aggression and violence in real life. Aggression or violent conduct can be a sign of one’s inability to control emotions or other things in their life.

As these game addicts spend more time playing games, they don’t have time to interact much with their families. They also don’t go out, socialize, or engage in other activities.

A study conducted on 4th-grade students during the 2017-2018 academic years found that the increase of addiction to video games results in increased loneliness in children.

The reasons for such symptoms can be the absence of real-life friends, inability to cope with emotion, decreased academic achievement or extra-curricular activities, etc.

You may learn more about the association between video gaming and psychological functioning here.

The video game addicts often hear from their parents and friends that they should reduce the playtime and engage in other activities. To avoid this, the children start lying to them.

They still spend the same time playing video games, but they do this by hiding from everyone else. If they get caught and asked about it, they lie to them.

How Do Video Games Affect the Body or Physical Health? 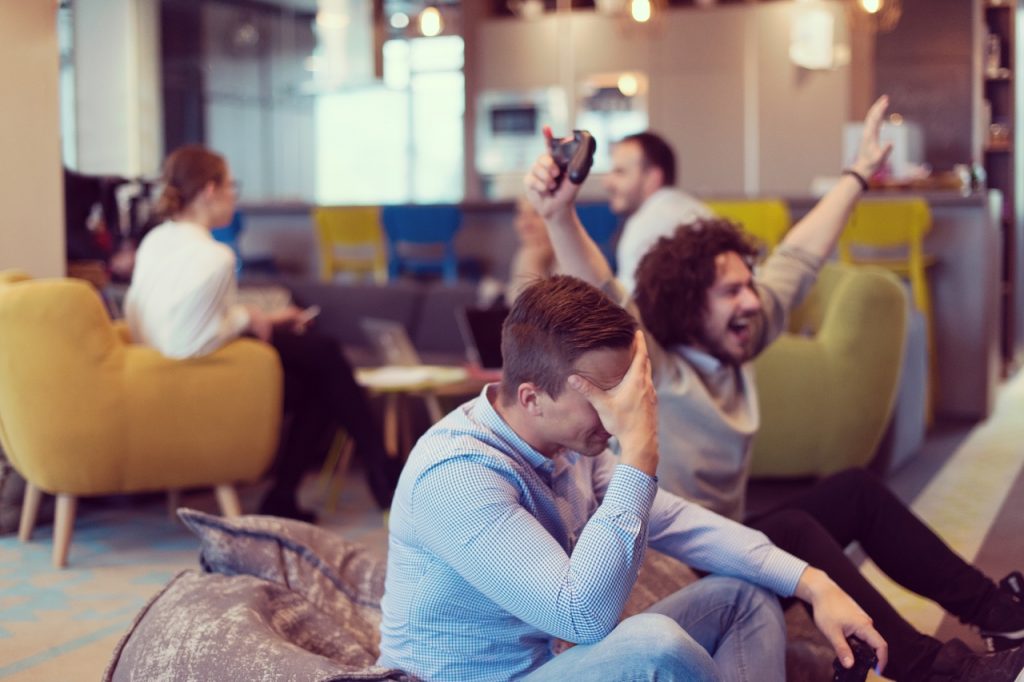 The human body efficiently works if they get regular physical activity, and in its absence, the body can suffer. An inactive lifestyle and being a couch potato make you physically weak. The deficiency of rest leads to the same result as well. That’s the correlation between video games and physical health.

Many believe that the body doesn’t get tired when you spend most of the time sitting in one place and playing games. But this is not accurate. The body needs relaxation, even if all you are doing is playing a game the whole day.

The lack of rest and physical activity can lead to many problems ranging from mild to severe ones. Video game addicts generally face these difficulties. Some of the video games effect on health are as follows –

The gamers who are addicted to video games eat unhealthy food while playing games. They also have midnight bites while playing late at night. These unhealthy eating habits and lack of physical activity can result in gaining weight. In adverse conditions, they can lead to obesity.

Physical Strain on the Hands, Back, and Neck

Our body needs rest after all the activities we do all day. Without rest, we become anxious, and it leads to different diseases as well. The video game addicts play without taking any break and sit in front of screens for long hours. These habits lead to strain in other parts of the body, especially hands, back, and neck.

We all know that lack of rest, especially lack of proper sleep, can result in black circles around the eyes. These rings signify poor health and the need for adequate sleep.

The pupil, iris, and cornea of our eyes cannot perform well if they spend too much time in front of a digital screen. It can result in eye strains, nausea, vomiting, etc., resulting in weakening eyesight.

Shoulder Stiffness and Back Pain Caused by Poor Sitting Posture

These video game addicts spend 6-7 hours sitting in front of the Tv or computer screen without taking a break—also, those who play video games on mobile sit in a curved position.

When they finally stand up or leave the chair, they feel strain in their shoulders and spine. Sometimes, these strains can result in back pain and other severe conditions.

What Are the Negative Effects of Video Games on Education? 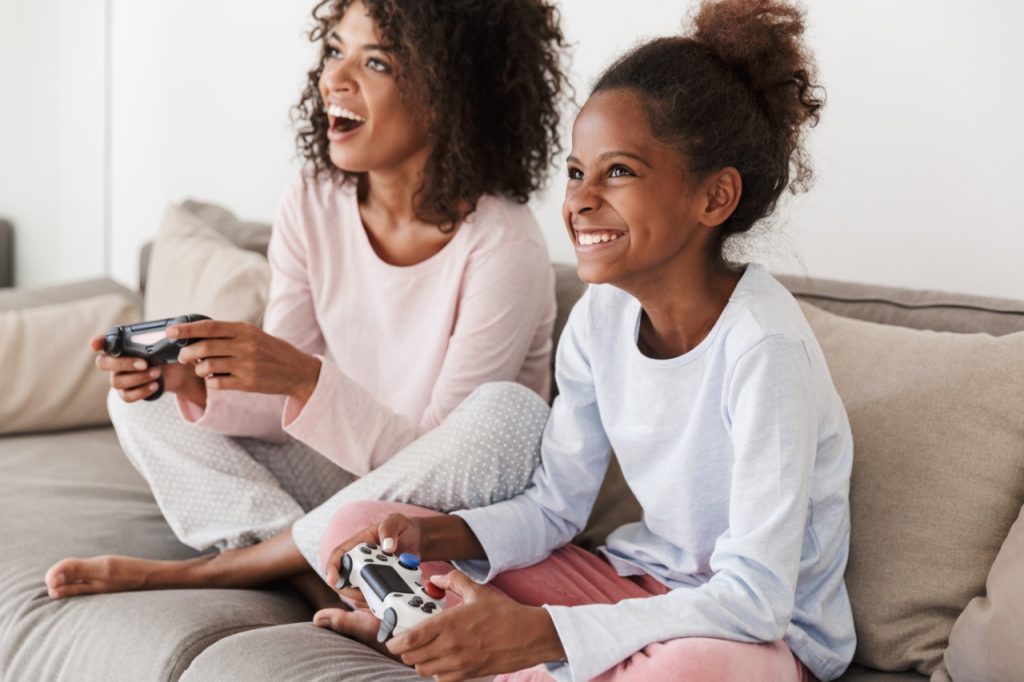 Different researches have been done over the years to know the effects of video games on academics. The study results are both positive and negative, depending on the game’s nature and the hours spent on gaming.

The students who spend limited time and play non-violent games had positive effects. It is rather useful for studies as it triggers creativity in them, and they pay more attention while studying.

But the students who spend most of their time playing games are addicted to them and perform poorly in academics.

Many studies have suggested that the children who spend most of their time playing games and looking at the digital screen find it challenging to focus for a long time. They are habitual of lighting effects, sound, and quick movements of video games. The classroom lacks these effects, so the child cannot concentrate on the class for long hours.

A study suggested that the kids who are addicted to video games skip classes to play games or sleep to complete their sleep cycle. Even if they are in class and awake, they cannot concentrate for long hours. All these habits lead to poor performance in academics.

It is essential to engage in different activities and upgrade oneself with other skills to make a career and move forward in real-life. Video game addicts may acquire different gaming skills, but the gaming skills will not benefit them in real-life or in studies. 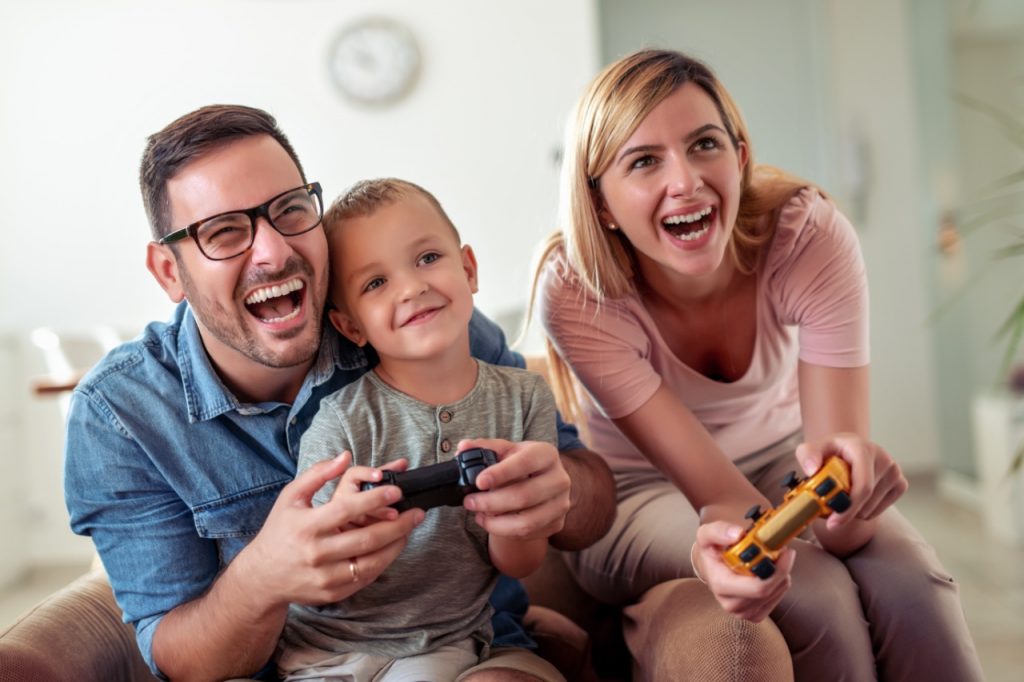 They lack essential skills to survive in real life and invite different diseases due to lack of physical activities. The lack of these skills makes them irresponsible or immature adults. The gamers generally lack these skills –

Inability to Distinguish between Fantasy and Reality

The people suffering from Internet Gaming Disorder are often unable to distinguish between fantasy and reality. The game so bewitches them that they remain in the same mode even when the game is over.

Video games often offer some in-built paid features that the player can buy to enhance their gaming skills or improve the game. The players carelessly spend their side income or pocket money in the game. It can lead to low financial growth as they grow up.

The players who spend most of their time playing games cannot handle other things and engage in other activities. They don’t have time to go outside their home, socialize, read, do homework, or complete school/college assignments.

When children play video games, they get exposed to the real world and get in touch with many people. There is nothing wrong with this unless the children are not picking immoral values or inappropriate language.

Some video games portray women as weak and helpless. It can lead to building the wrong perception and often disrespecting women they meet.

There are many negative effects of video games, mostly when played continuously for hours. It is important to get rest and do physical activities to stay healthy. Gamers often avoid the necessary things that one needs to stay healthy, so they are more prone to diseases than anyone else.

These side effects are not only for children who are addicted to playing games. The addiction to video games affects adults in the same way as it does to children. So, health should be your primary focus, whether you are a child or an adult.

All the parents must be aware of Internet Gaming Disorder symptoms and look out for them in their child. It can become one of the hinders in the mental and physical growth of your child.

Playing a game for limited hours is rather beneficial for children. It can enhance their mood and refresh their mind. What do you think about this? Is addiction to video games good or bad for a child’s health? Share your views in the comments.

1 thought on “Are Video Games Bad for You? Let’s Find the Truth”