The Tweet is a message posted on Twitter that can contain different media forms such as text, links, polls, GIFs, photos, and videos. The sender can view his Tweet on his Twitter profile and Home timeline. At the same time, his followers will see it on their Home timeline. The users can also tag someone in their Tweet by adding or mentioning their Twitter handle.

Many features make Twitter stand out from the rest of the social media platforms. It gives the user a wide range of choices for sending a tweet on Twitter. But it comes with a few limitations, as a user can only 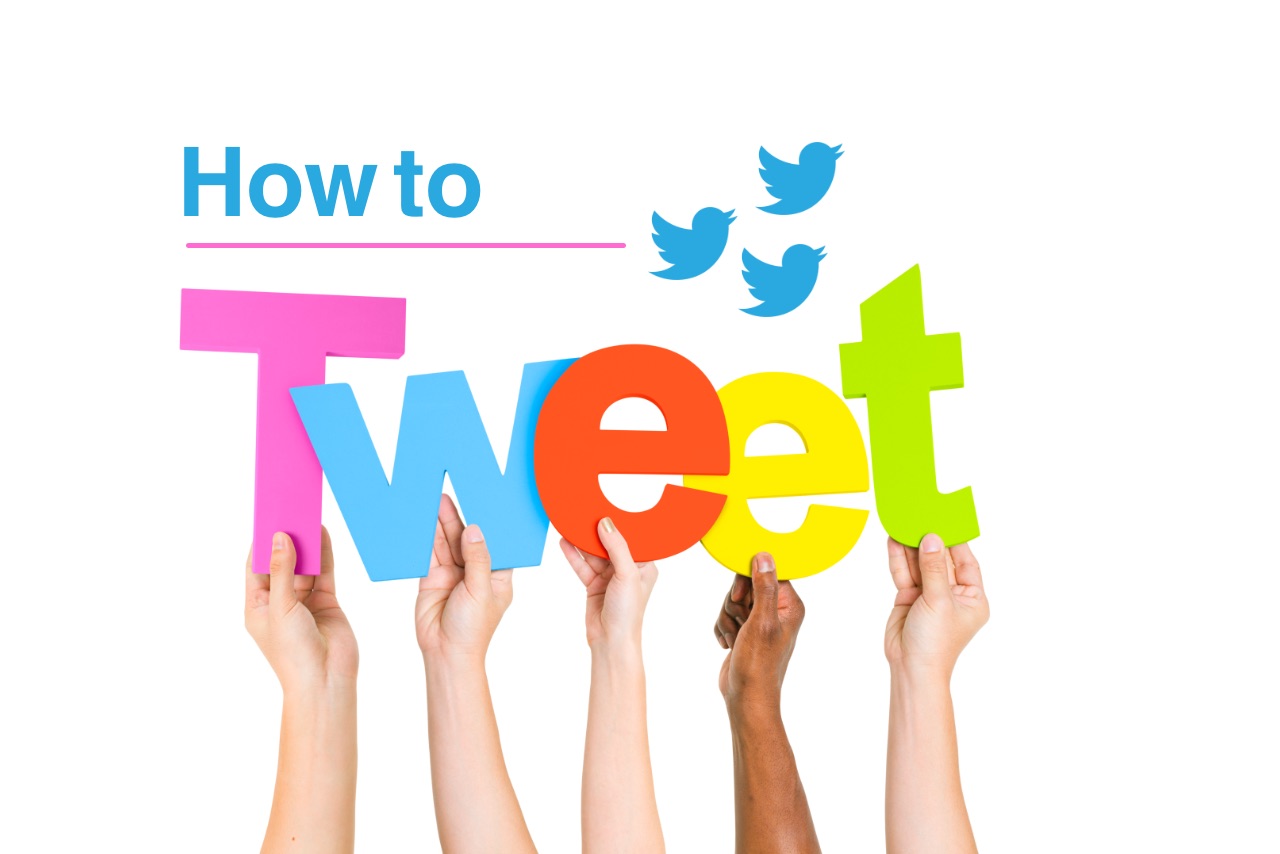 If you still don’t know what to talk about, take a look at your favorite Twitter personalities to get some inspiration from them. It will help you create Tweet content.

Step 2: On the Home page, you will find two ways to create a Tweet for your profile. 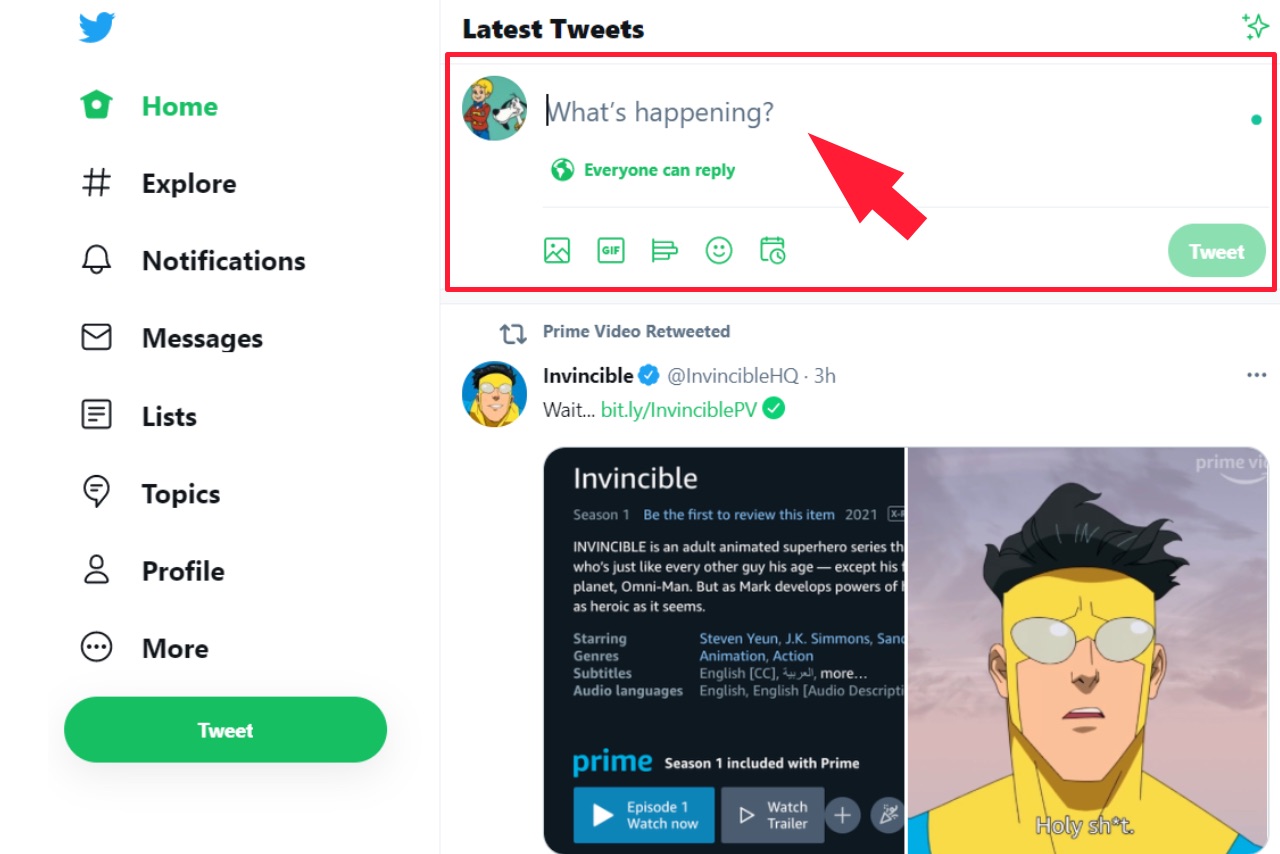 Step 3: Enter your first Tweet (containing up to 280 characters). 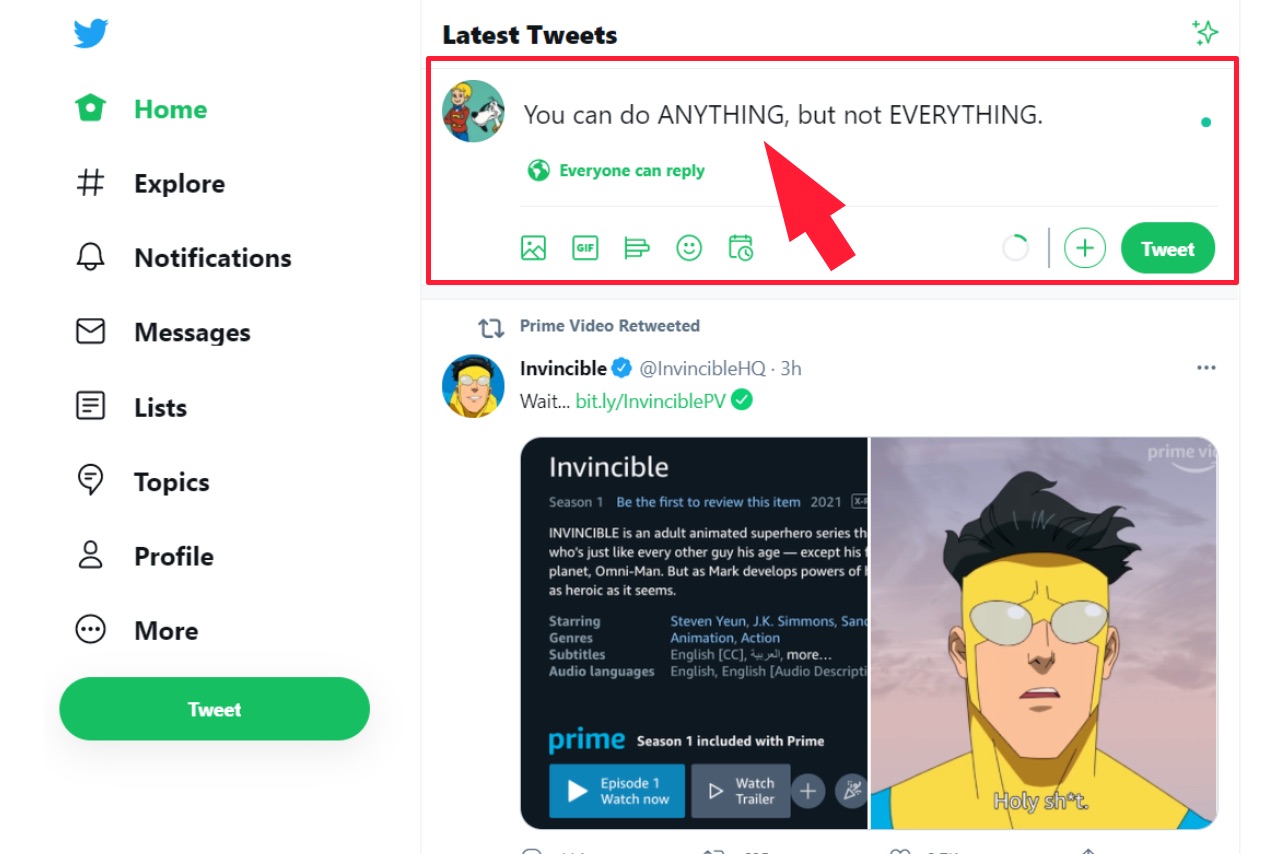 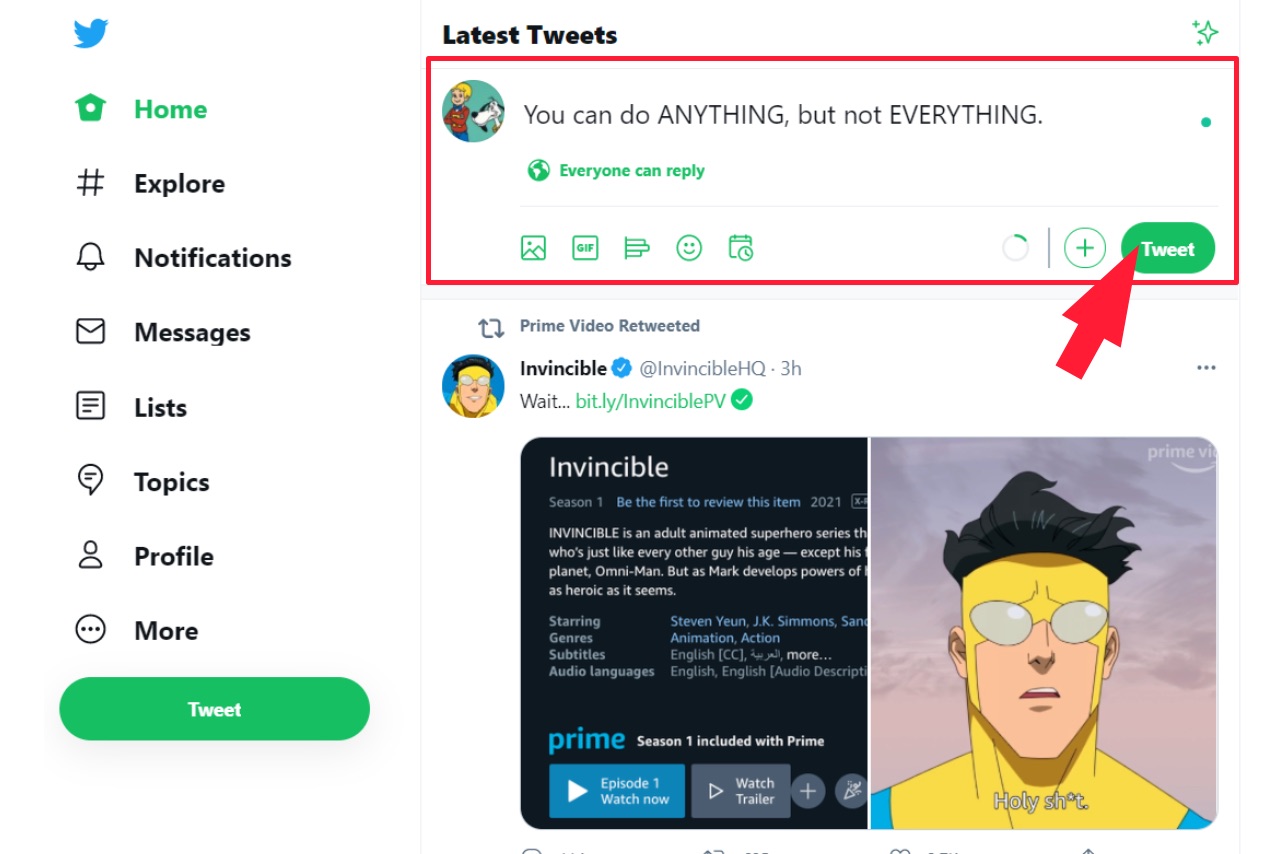 Step 2: Alternatively, you can click on the Tweet button on the vertical menu bar (on the left side). 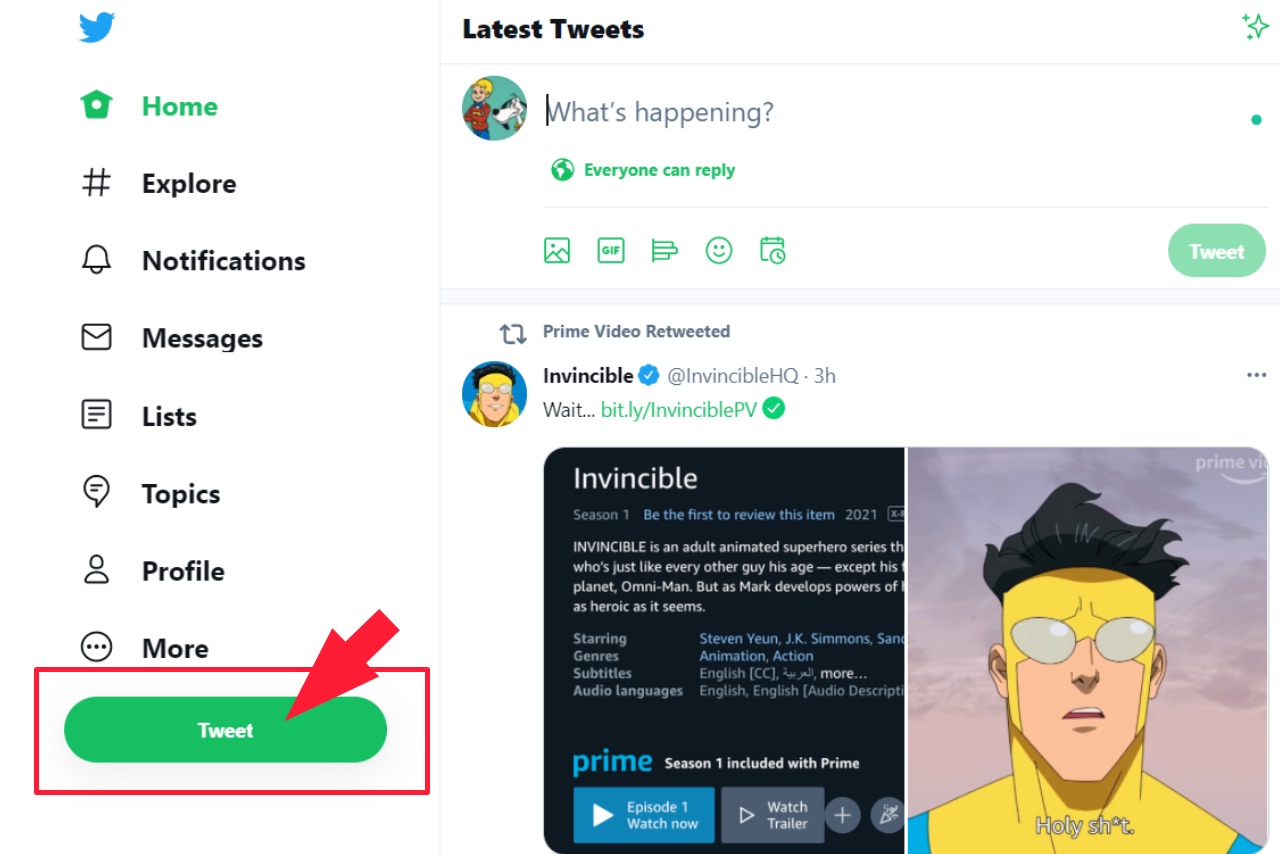 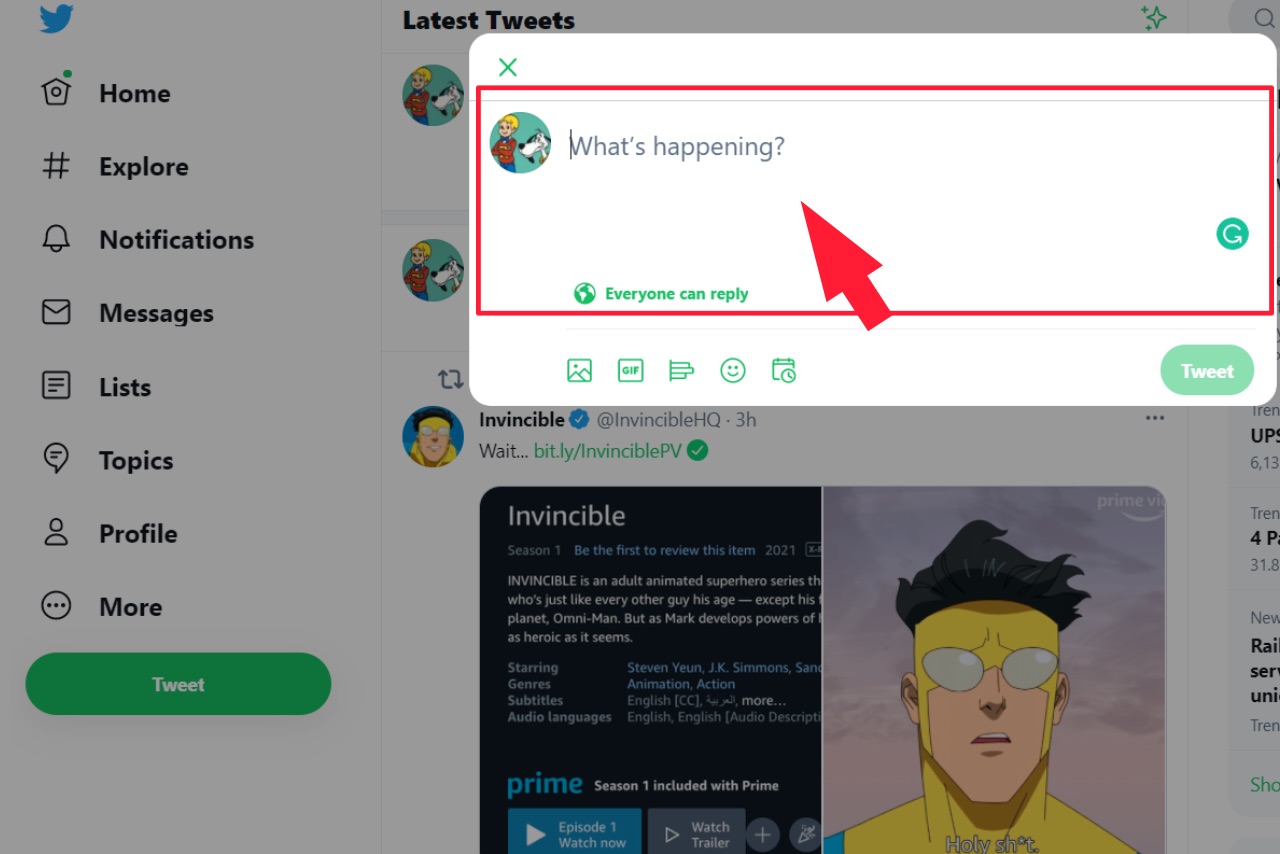 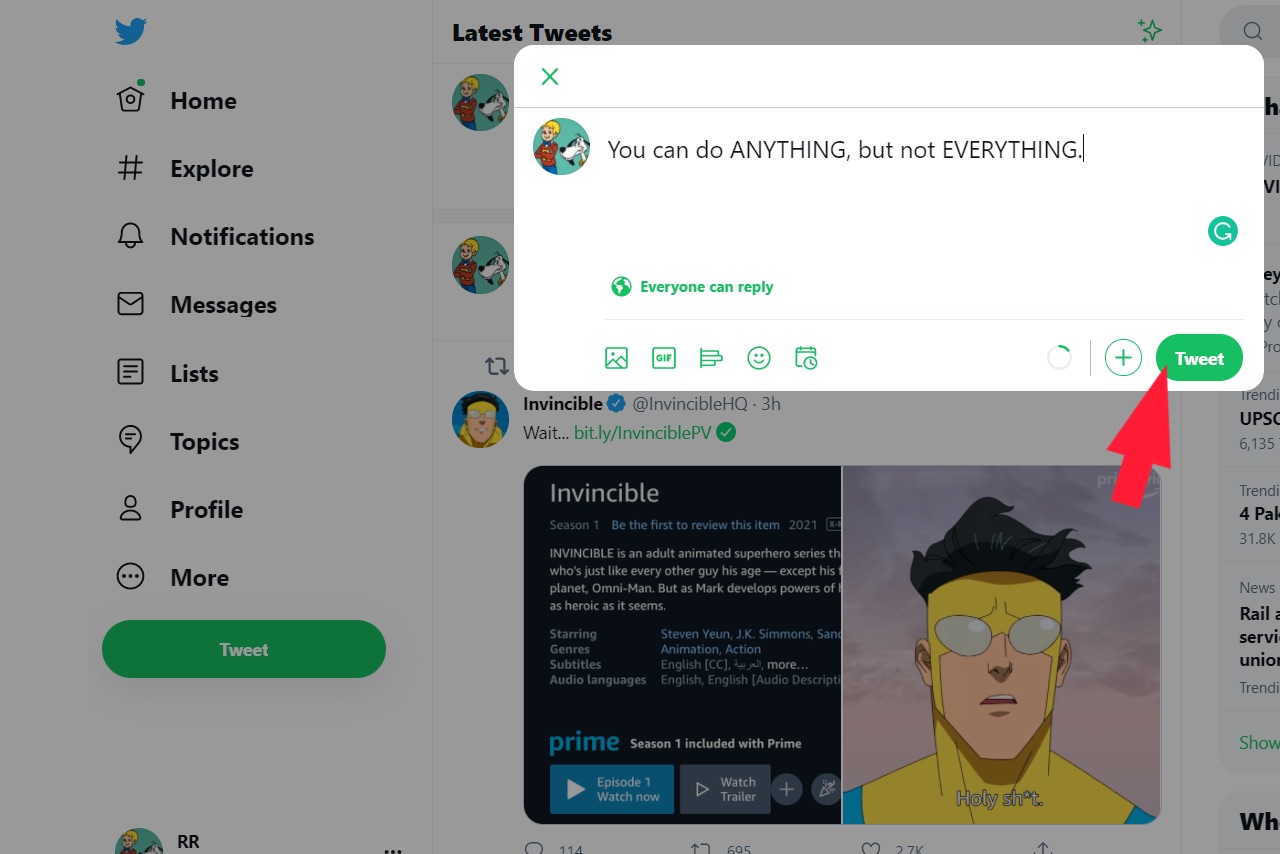 Step 3: Enter the text in your first Tweet (containing only up to 280 characters).

Step 2: On the Home page, you will find the ‘More’ option as the last option on the vertical menu bar. 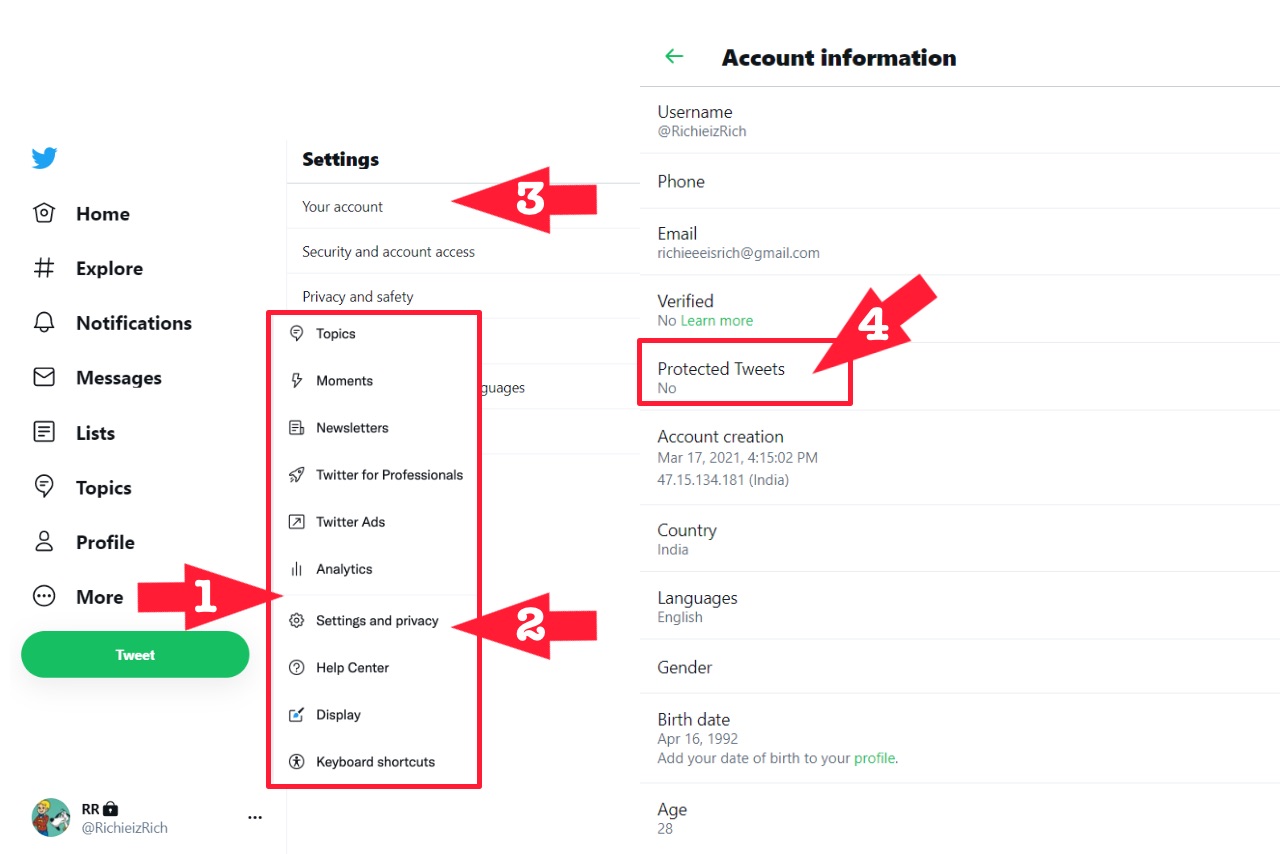 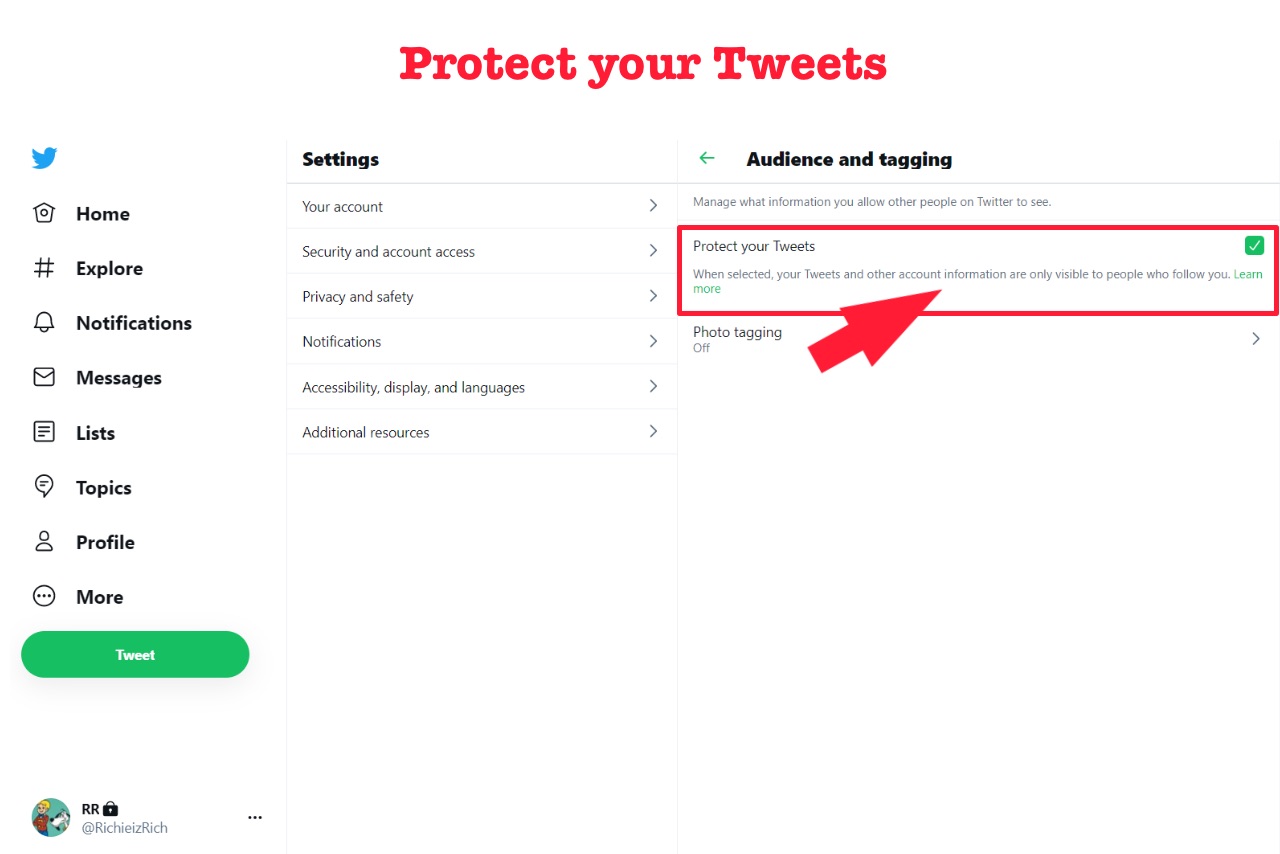 Step 5: Click on the checkbox to protect your Tweets.

Step 2: On the Home page, tap on the three bars in the top left corner and select Settings and Privacy.

Step 3: On the new window, select Privacy and Safety.

Step 4: Tap on the button in front of the ‘Protect your Tweets’ option to enable the setting.

Step 1: Open the ‘What’s happening?’ box to enter a Tweet.

Step 2: Click on the small calendar icon near the emoji option. 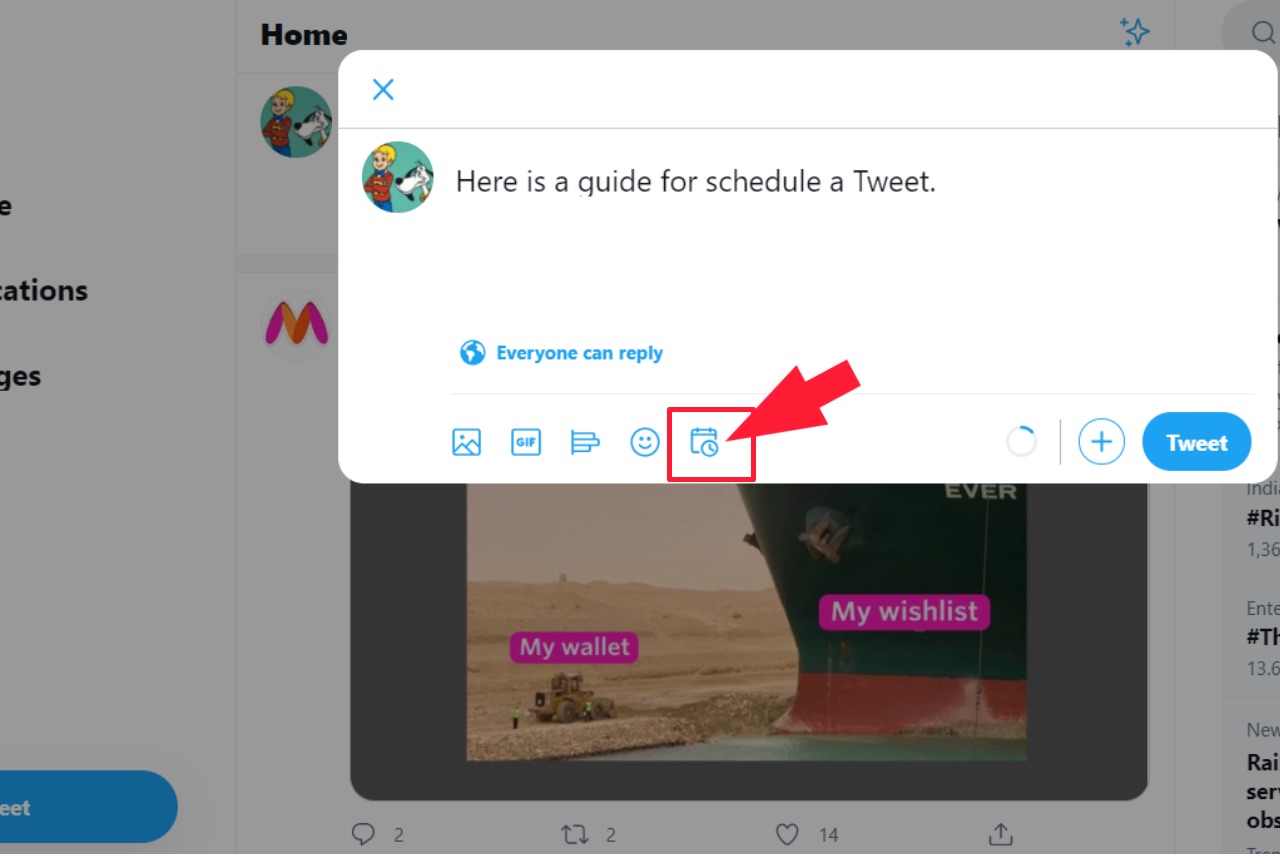 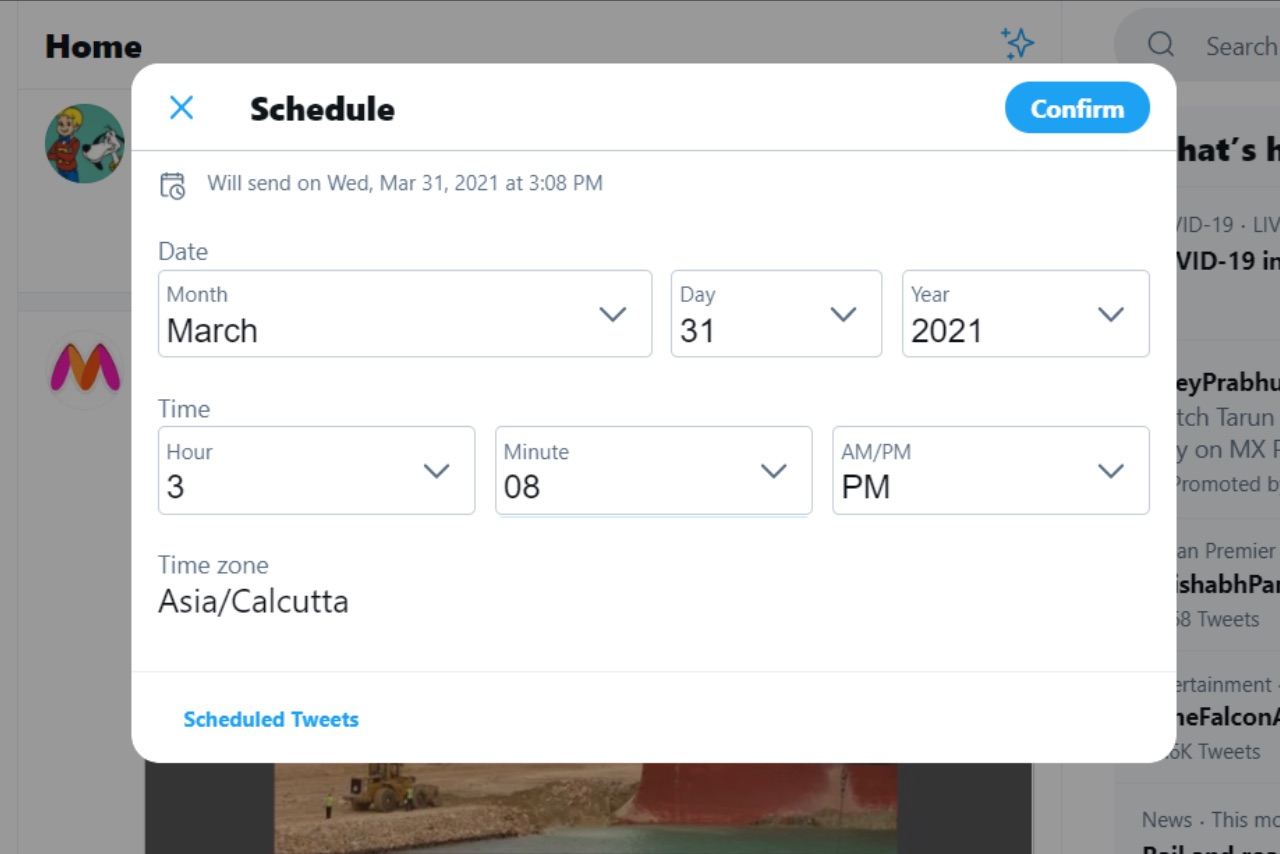 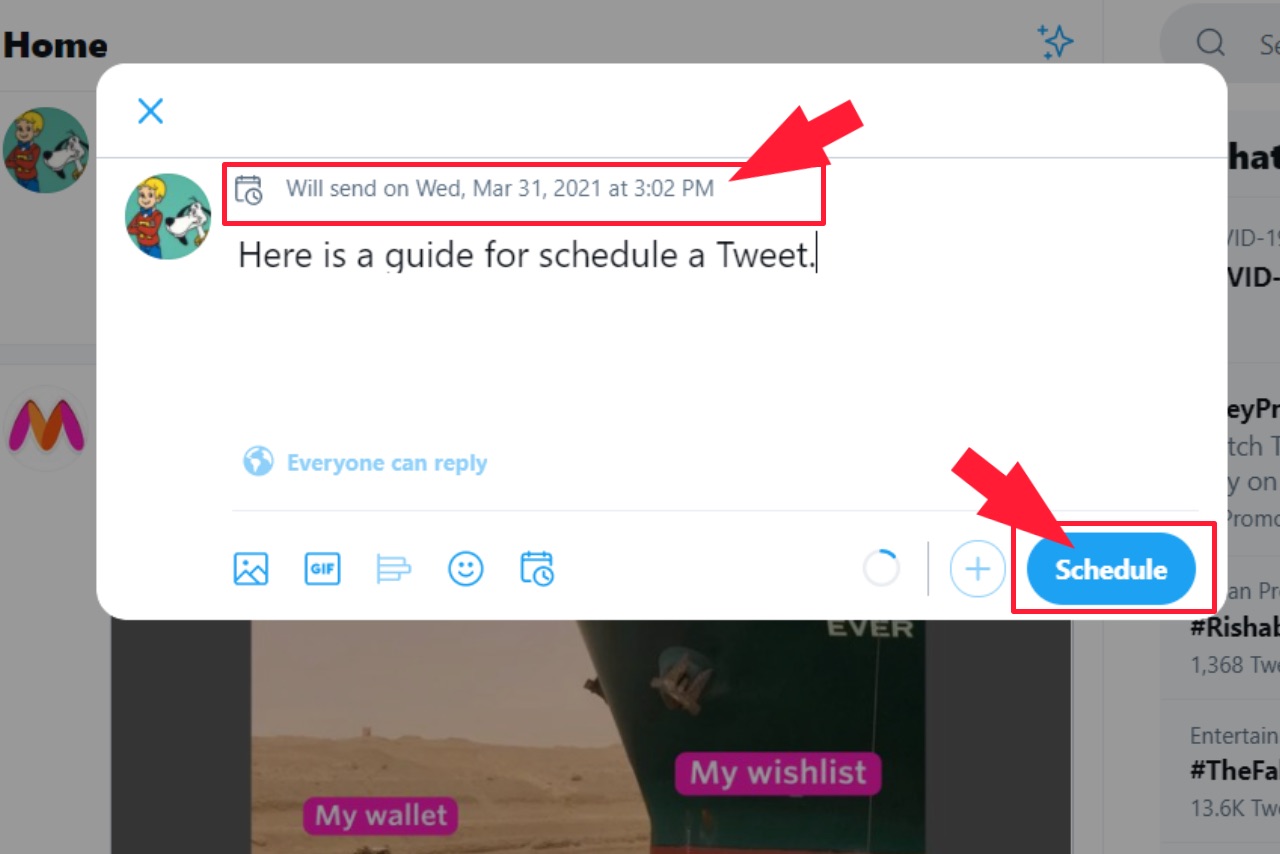 This feature is available only on the Twitter official website and its web app. You won’t find it on the mobile phone app.

You can find your scheduled Tweets by following – 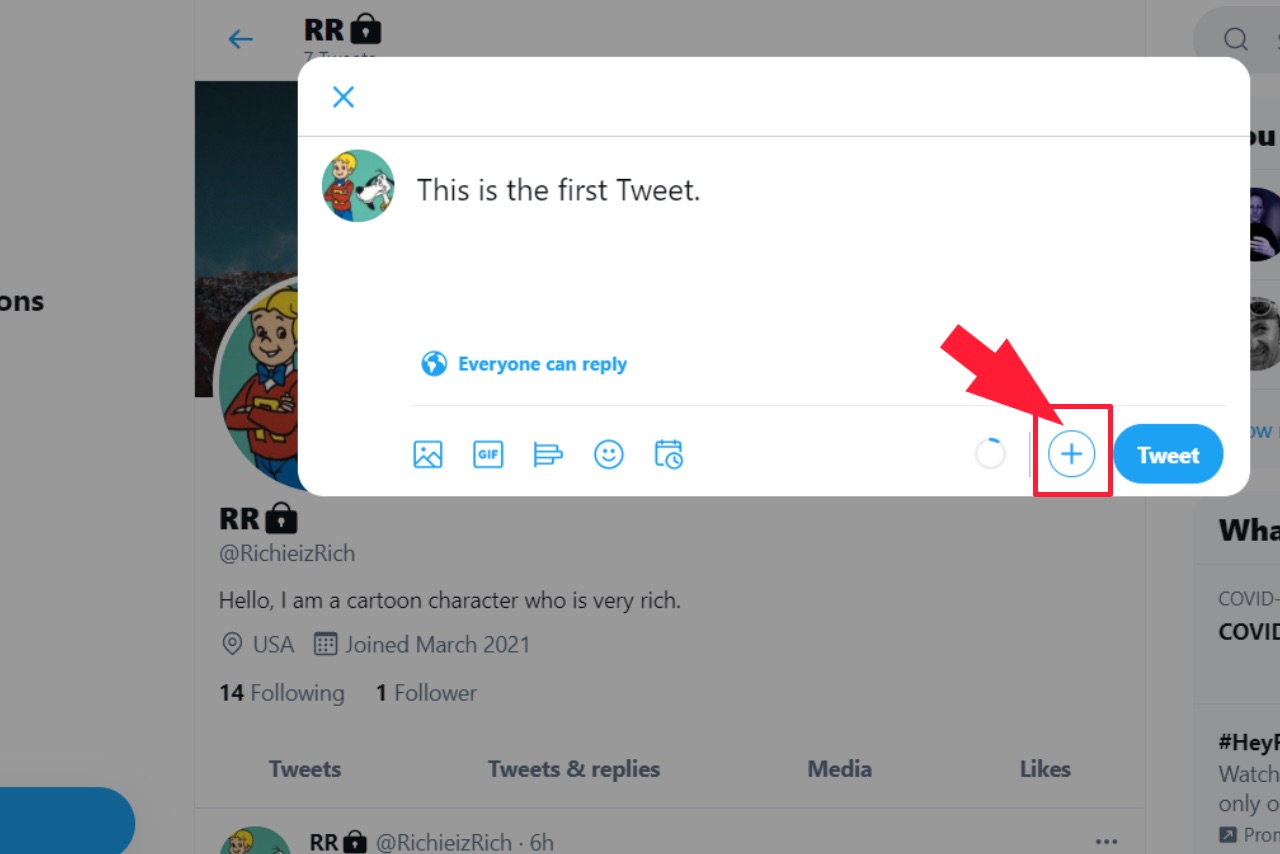 Step 3: You can add new Tweets by clicking on the plus button to make your Twitter thread longer. 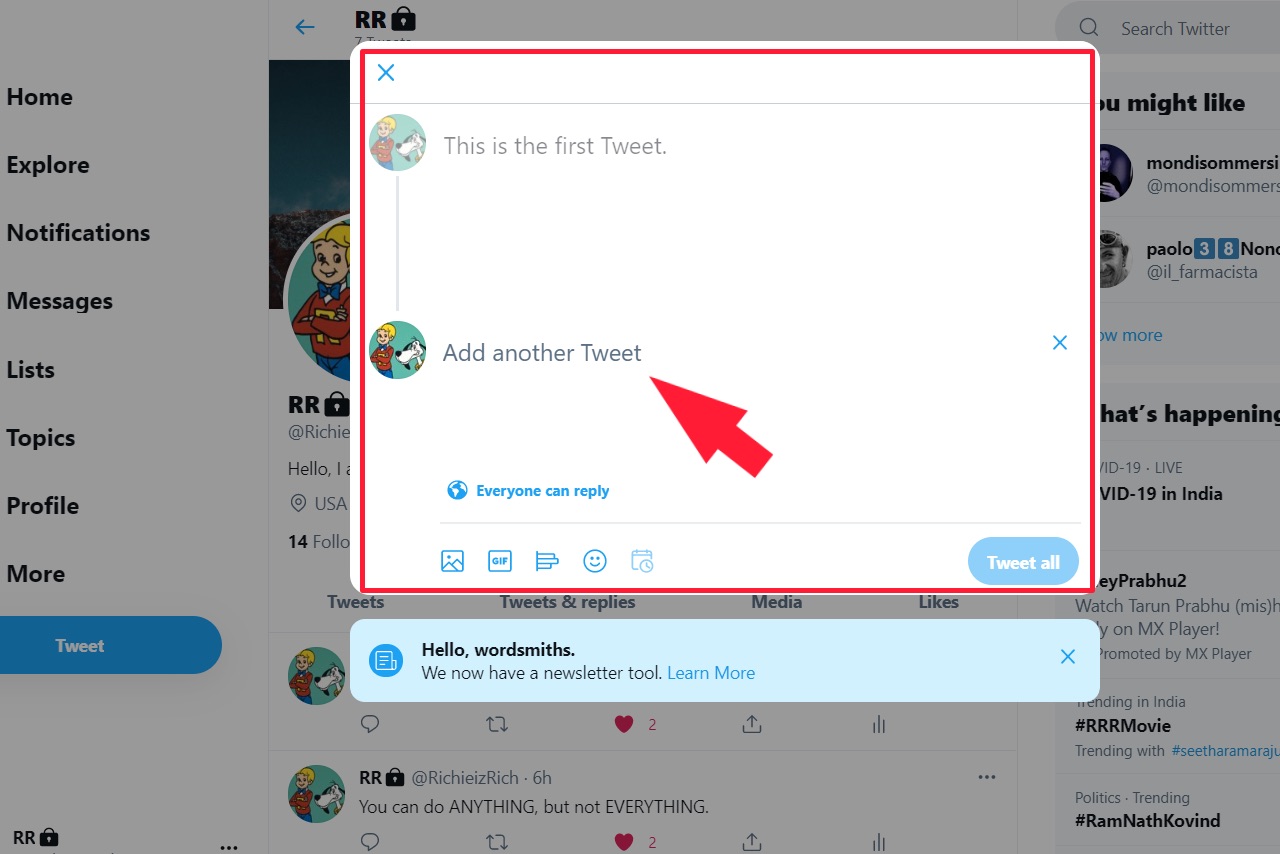 Once done, you can view your Twitter thread on your profile as separate Tweets. Click on ‘Show this thread’ to see all the other Tweets. 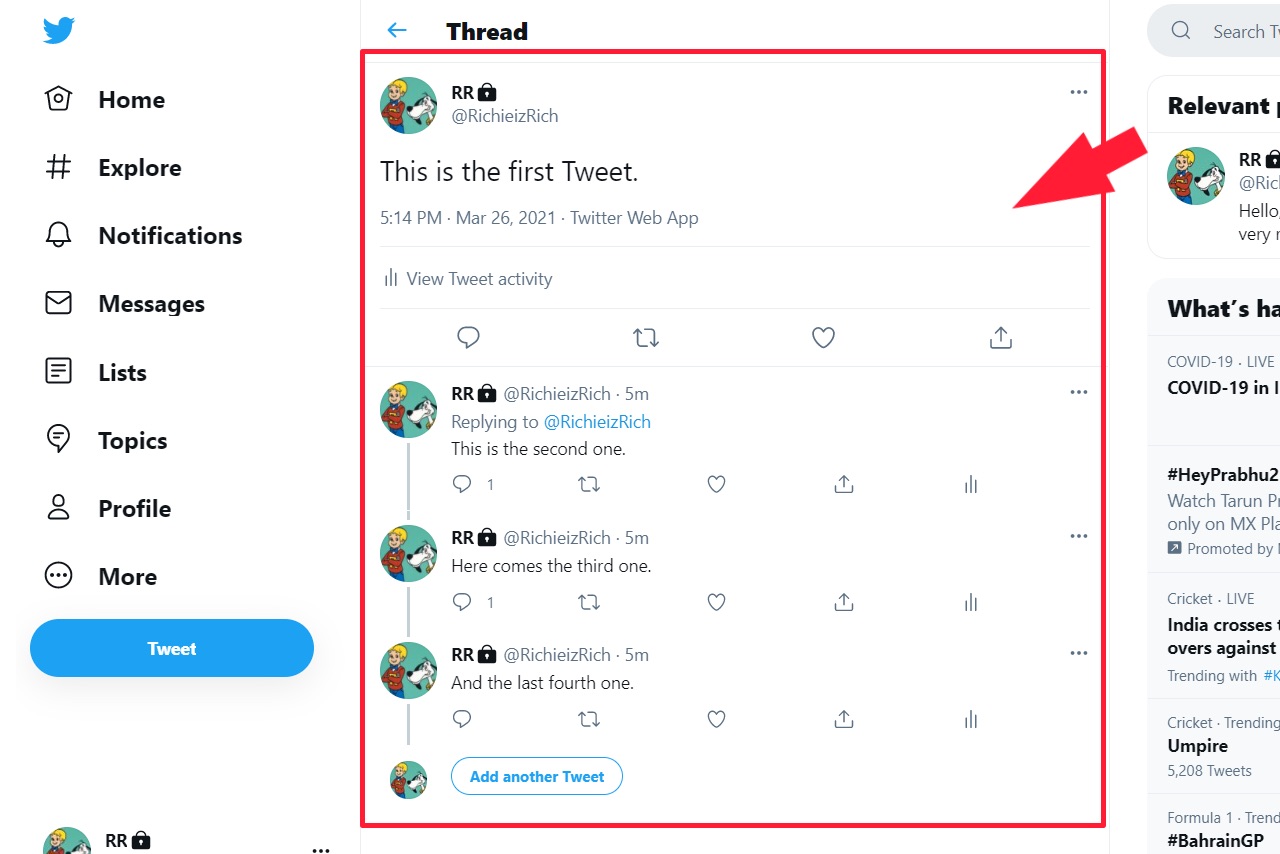 Step 5: If you want to continue this thread, click on the ‘add another Tweet’ below the last thread to add more Tweets.

If your Tweets are public, anyone can view them. However, you can limit the audience to your followers by making your Tweets private.

Everyone – Anyone from your followers or people you are following can reply to your post.

Only people you mention – If you have mentioned someone in the tweet, only that person can add a reply to your post.

You can choose any of these options before sending a Tweet.

Yes, you can share others’ Tweets in DM (Direct Message).

Keep in touch to get more updates on the related topics. If you are wondering How to edit a Tweet or How to delete a Tweet, read on to learn more.