Social media has changed our lives, for better or for worse, since it first started gaining some traction in the 2000s. It’s not far fetched to say that it has completely changed the way we live, interact, work, get our daily news, and share opinions. The age-old hierarchical, regional, and cultural boundaries have become almost non-existent after the advent of social media.

It’s a fact that social media has made our lives easier, but has it made any better? Many people are not so sure. Even though social media allows effortless communication, it comes with its own downsides.

In this article, we’re going to talk about social media in the workplace and its various effects on employee productivity. So without any further ado, let’s just jump into it.

According to credible sources, 65 percent of employees report using the internet for non-work purposes throughout the workday. Also, the average employee is interrupted from their work 56 times a day. In large part, due to social media, the millennial generation is the least engaged in their work. 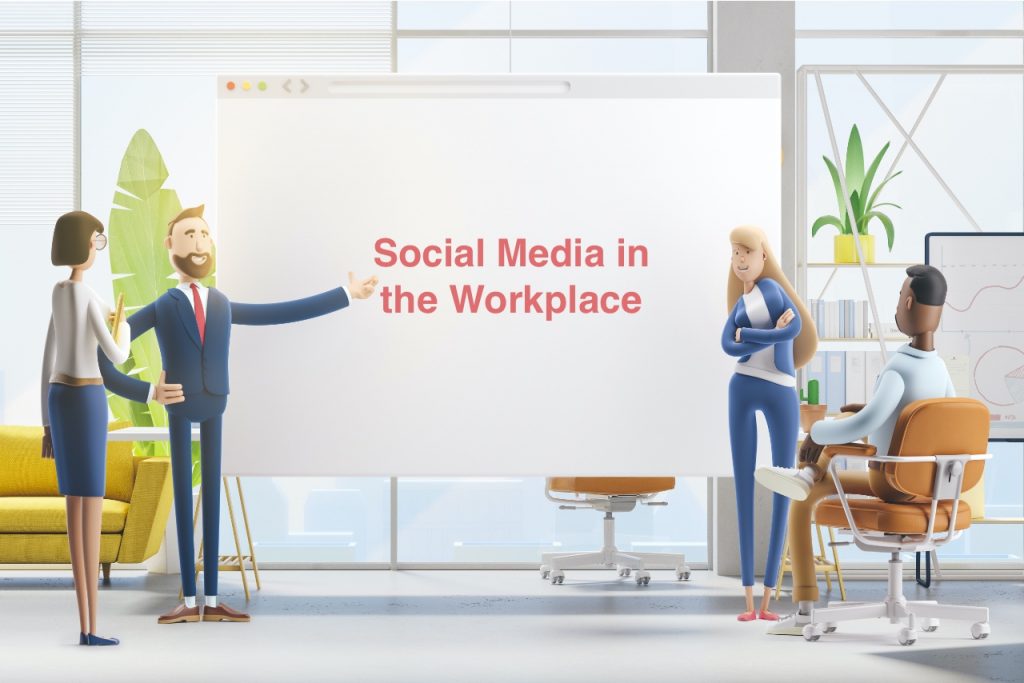 Impact of Social Media in the Workplace

Positive Effects of Social Media in the Workplace 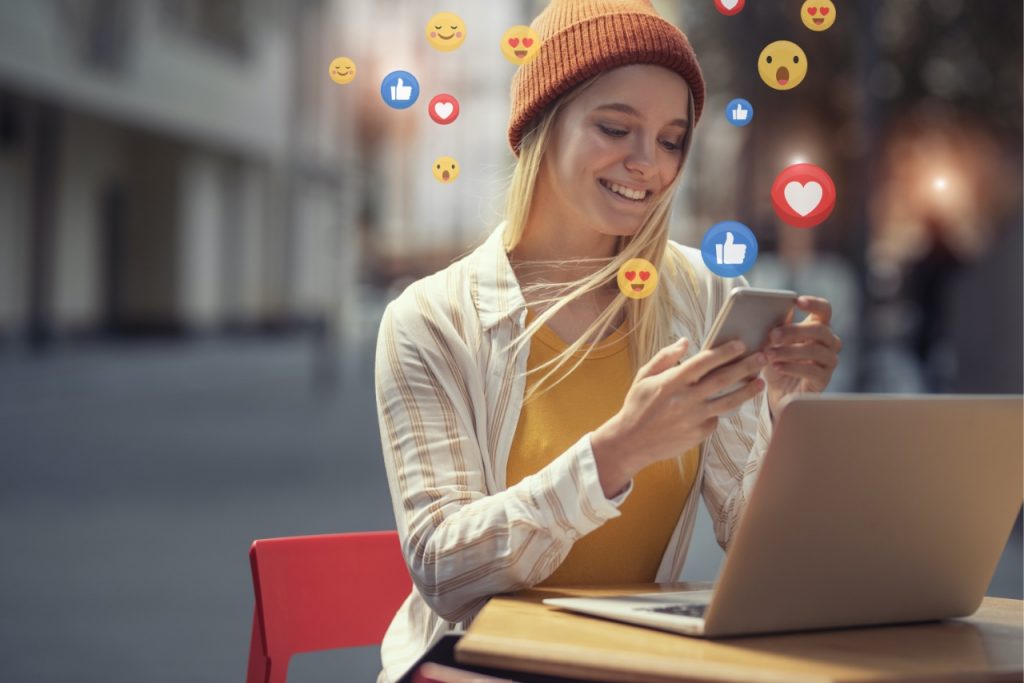 Connects Employees with People From All over the World

Social media makes it easier for employees to contact their friends and family in case of any emergency. It also makes it possible to share ideas and communicate when working on a project. Even when they’re confined inside their cubicles, they are still connected to the outside world.

It’s easy for the workload to keep piling up until employees start feeling suffocated. They need a minute or two to relax and unwind. On social media, they can go through their feed and maybe watch some cute cat videos to help keep their minds off of work for a bit.

Reminds them About Life Outside Work

When you’re stuck inside office walls for the whole day, you slowly forget about life outside work. Countless tasks and responsibilities can easily suck the energy out of you, essentially making you miserable. But using social media can remind you about life outside work and the reasons why you’re working so hard.

Negative Effects of Social Media in the Workplace 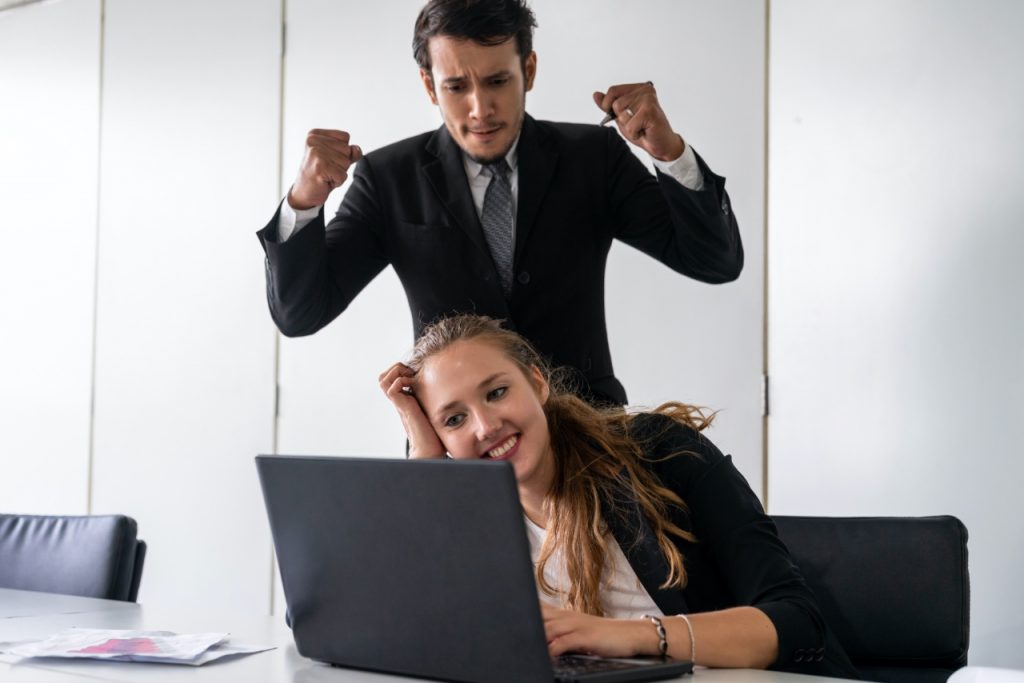 The word addiction usually conjures up images of drugs and alcohol, but recent years have introduced us to a new form of addiction known as social media.

Social media allows easy access to photos, videos, posts, songs, and books from all over the world. They get to consume an infinite amount of content on a daily basis. In the end, they always want something more and slowly become addicted to social media. They fail to realize that social media can only provide them with some temporary contentment and can’t give them any real fulfillment.

Employees addicted to social media work at a slower pace than their peers. They have small attention spans and produce sloppy work, making them mistake-prone and possible liability to the company.

People tend to overshare on social media all the time. It’s easy to get caught up in the moment and say something that you don’t really mean. This can easily backfire and harm your privacy, allowing people to judge and form a false opinion about you.

Your colleagues will also behave in the same way. You may think that they understand you, but no one really knows what’s really going on in someone’s head. It’s even possible for them to use that knowledge against you. After all, we all know how vicious office politics can get.

Could Turn You into an Attention-Seeker

Young individuals can easily turn into attention-seeking prima-donnas by following their favorite influencers on social media. Plus, social media is built to make people anxious about the number of likes and shares on their photos and posts. This will make users want to spend most of their time trying to please irrelevant people.

Adults aren’t immune to this sort of behavior. Their craving for attention could easily go overboard and make them dependent on social media for some temporary sense of satisfaction and contentment. This can negatively affect their work ethic and productivity.

Can Negatively Affect a Person’s Well-Being

There are a lot of articles and studies done on social media and its impact on the mental health of its users. Communication on social media is inherently different from communication in the real-world. It often leads to a false sense of security that quickly crumbles when faced with hostility or challenge.

Those who depend on social media for validation likely suffer from low self-esteem. They constantly suffer from depression and anxiety, making them unfit for most work environments.

It’s always tempting to vent our frustrations on social media. Especially for employees who had a hard day at work. In the heat of the moment, they can share or post something that can come across as discriminatory. This can easily go viral, putting you and your company under the spotlight. 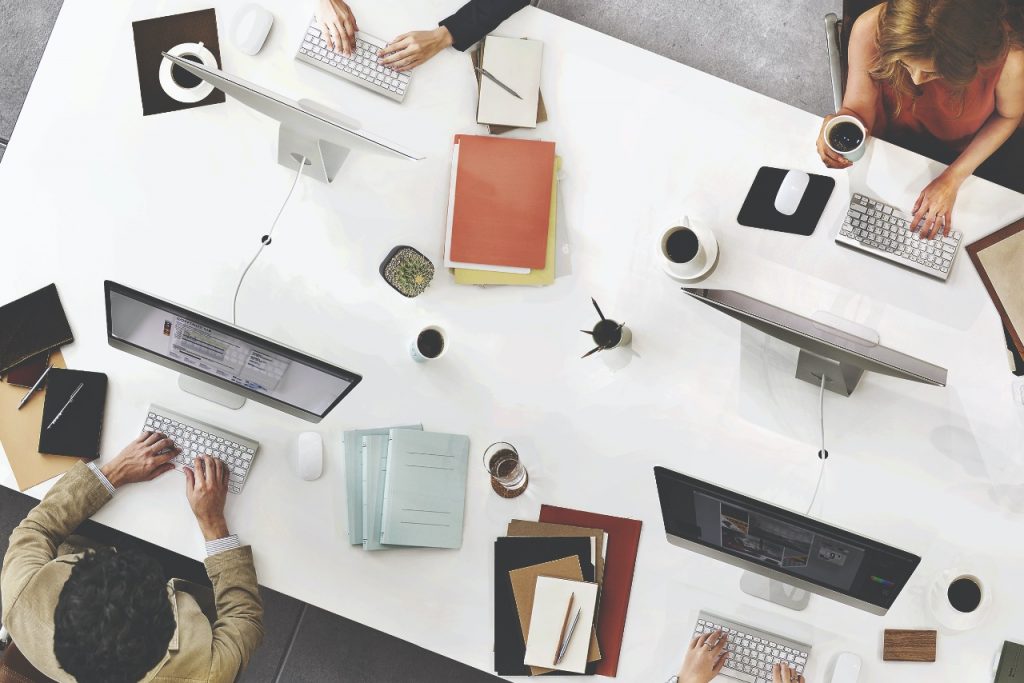 This can include almost everything related to your company. For example, images of future products, details of development meetings, whispers regarding legal matters, etc.

Competitors keep a close eye on your social media accounts, so if an employee lets slip something important, you can be sure that they’ll take advantage of it.

Some offices don’t want their headquarters to be photographed. If your company doesn’t post photos of its headquarters on its social media accounts, then you should take the hint and avoid taking photos in certain rooms.

Most companies state that they don’t care what their employees post on their personal social media accounts, but things can get tricky if an employee decides to talk negatively about his/her company or employer.

Employees essentially represent a brand, so they need to be careful about whatever they post on social media.

This relates to the personal opinions mentioned before. Even if you had a bad day at the office, you can’t post something like, “OMG! Work was so depressing today!” because it can negatively affect your company’s reputation.

Some apps like LinkedIn and Twitter aren’t private, so you can’t hide your posts there. The only thing you can do is delete your previous posts. Or use apps like Facebook and Instagram that allow you to hide your information from others.

Now, this doesn’t mean that companies have the right to spy on their employees’ social media. They just need to monitor brand mentions on social media with the help of tools and searches.