Online advertising has shown innovative paths to target millions and billions of users worldwide. Traditionally, TV and print channels were used for advertising. Today the amount spent in the digital advertisement of products is over $100 billion annually. The marketing campaigns are launched via email, search, social, display, and more recently, mobile. In the era of Digital Advertising, ad network and ad exchange programs are playing a vital role. Let’s have a look – ad network vs ad exchange.

The Evolution of Digital Advertising

Both publishers and advertisers were seeking ways to manage their buying and selling needs efficiently. The advertisers faced the challenge to make their campaign reach the rapidly increasing number of audiences. The publishers, at the same time, wanted to increase their revenue. Eventually, the first ad network was created.

In the early 90s, as more and more websites and apps were being launched, there grew a need to connect millions of advertisers to the billions in unsold inventory. It paved the path for the creation of ad exchanges. The online trading platform facilitated the bulk buying and selling and brought more transparency into the system. The advertising system saw a major shift with the internal sales team giving way to agencies. Today, advertisers use a blend of both ad networks and ad exchanges.

Learn more: What is Digital Advertising? 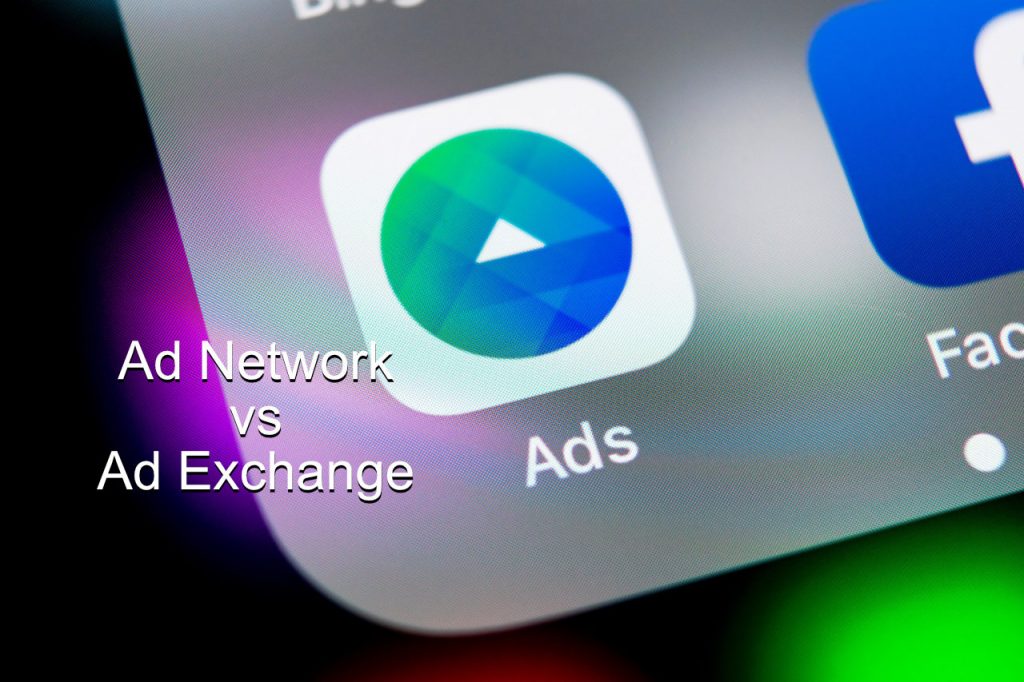 What is an Ad Network?

An ad network is online arbitrage platform where the publishers (sellers) sell their ad inventory to the advertisers/agencies (buyers). The sellers first categorize their offerings based on age, gender, geographic location, etc. The buyers can connect the seller according to their requirement.

Through ad networks, the publishers can sell their unsold or non-premium inventory directly to advertisers. A publisher connects to multiple ad networks and generates the maximum revenue possible. And the advertisers are presented with a wide range of options to choose from. They can reach the maximum number of their target audience. The ad campaign cost also decreases because they do not need to connect to publishers individually.

What is an Ad Exchange?

Ad exchanges brought the very task of this buying and selling ads into an open space, the online marketplace. It allowed the publishers, advertisers, agencies, ad networks DSPs, and SSPs to buy and sell their ad inventory. The inventory is sold by auction to the highest bidder on an impression-by-impression basis. Real-Time Bidding (RTB) allows the whole process to complete in almost no time.

The publishers get the maximum value (market price) of their inventory since ads are auctioned to the highest bidder. The advertisers can set the price for the ad inventory, so they are satisfied to get the best value for their ad spends.

Learn more: The Difference Between Inbound and Outbound Marketing

Here, we have tried to summarize the major differences between the ad networks and ad exchanges.

Negotiation Possible based on Media Inventory

Doesn’t know who is buying and at what cost.

Doesn’t know who sees the ads.

A centralized pool of ad inventory cuts off the need to search sites individually.

Quality is a major concern, need a semantic filtration medium to verify the ad service.

The ad networks still play an important role in bulk buying and selling, and ad exchanges have brought in more transparency and flexibility. They have their specific roles to play. Which one to choose depends on the varied needs of the users.

How you find our article on Ad Network vs Ad Exchange? Do not forget to share your views.