Although the language is nearly 30 years old, everyone is still talking about Python – and with good reason. There is a multitude of programming languages available for developers to choose from when it comes to creating custom websites, software solutions, and applications. From PHP and Java to HTML5 and JavaScript, there are almost too many options sometimes.

There is one programming language, however, that continues to rank as one of the most-used and most in-demand languages of them all: Python. Since its release in 1991, Python has ranked as the top programming language by developers as their go-to choice for a variety of different project types.

Python development and Python developers are more in-demand in 2020 than ever before as the language’s use cases continue to expand thanks to rapidly advancing technologies. This means that each and every developer needs to learn the language if they want to keep up with the tech world. 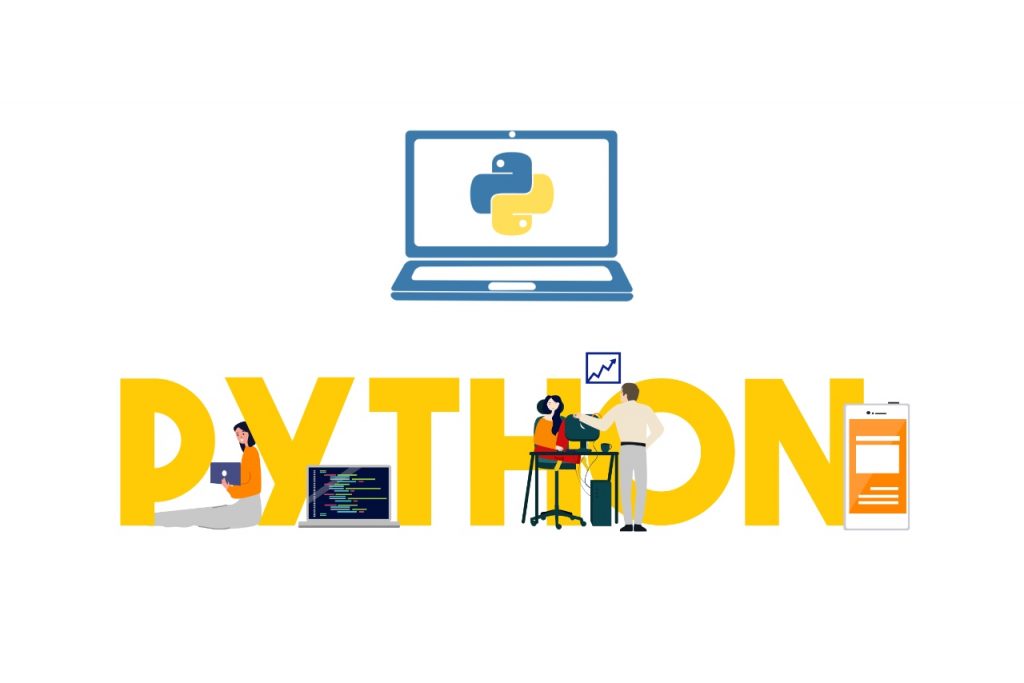 Python is a high-level programming and development language used for general-purpose programming. It’s a server-side language so it runs on the server and is responsible for the logical processing behind all of the interactions between user inputs, databases, other servers, and so on.

Python is modeled after the English language so that it’s easy to read and understand while eliminating any unnecessary syntax. This makes it incredibly easy to read and write compared to other programming languages. This ease of use means that developers save precious time during the development process while still being able to fully express concepts with fewer lines of code. This allows for a streamlined development process.

Python was initially favored by developers in the enterprise-level of software development but it has become the go-to choice for devs with projects of all sizes and verticals.

Why Learn Python? What is Python good for?

There are many reasons why each and every developer should have Python in their wheelhouse of skills. From the language’s simplification of reading and writing code to its wide variety of applications, Python has been and will continue to be the favorite of the development community. Here is should I learn Python and what is Python good for.

1. The demand for Python development services is high and continuing to grow.

Right now, it’s a Python job-seekers world as there are many companies currently searching for developers who speak the language. This level of demand means that developers get paid well and have job security. Python developers are also paid very well with salaries starting at approximately $75,000 and averaging around $125,000 a year in the United States.

From junior developers just getting started in the field to veterans of coding, Python is easy to understand and learn. It’s a great language for beginners to start with as it’s not a programming language with strange principles or super-strong sentence structure. The extensible and versatile properties of Python allow devs to perform cross-language tasks consistently.

As the language uses a human-readable format, coding is much faster and much simpler when compared to other languages. In fact, coding with Python is up to 10 times faster than coding with other programming languages. Its object-oriented design and enhanced process control capabilities help improve productivity levels and speed up the development process. With user-centric data structures, developers also understand and organically write code much more easily with Python.

4. It has a large online community for support.

Should a developer encounter an unknown error or bug with their code in Python, they have the ability to reach out to an enormous online community for assistance. This helps prevent devs from stalling and losing time due to issues (and lowers frustration rates). All it takes is a quick search to find the answers to questions and solutions to problems from other experienced developers.

5. Python is free to use and always will be.

Python is an open-source programming language, which means it’s free to use. Its supporting tools, libraries, and modules are also free. This free use for all developers is thanks to the support of the Python Software Foundation.

6. The newest technologies rely on Python.

Data science, artificial intelligence, and machine learning are some of the biggest reasons behind the motivation for learning Python in 2020 and beyond. These technologies are incredibly complex and their algorithms become more sophisticated on a daily basis, which is why developers choose to use Python to make these projects as simple as possible.

For nearly 3 decades, developers have chosen Python as their top choice for development projects of all kinds. As technology continues to progress with the power of data science, machine learning, and artificial intelligence, the simplistic nature and overall ease of use associated with Python will only make it more valuable for developers to have as a skill.