The invention of wearable tech is nothing short of an extraordinary feat. A small device wrapped around your wrist can tell you how many calories you still need to comfortably pass your day without making you overeat; if this is not extraordinary then nothing in this world might be. We have been able to utilize this latest technology creatively in education as well, and “wearable devices”, or “wearables”, have the potential to become a permanent fixture in the classroom.  Whether it is an Augmented Reality gear such as the Microsoft HoloLens, that enables you to create a hands-on learning environment in the classroom or Virtual Reality devices which allow you to experience China while sitting in London, the opportunities are just endless. This post examines the complete viability of wearable technology in the classroom. 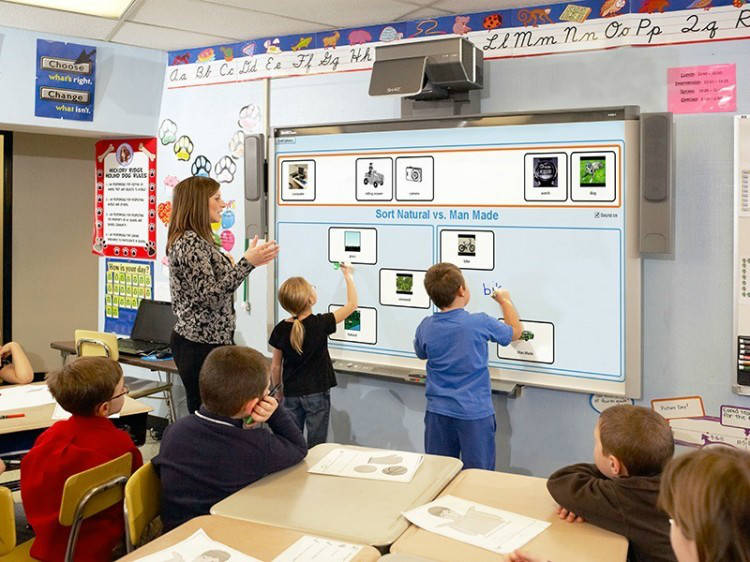 Wearable Devices in the Classrooms

There was a time when technology was viewed with contempt by teachers. Smartphones and tablets were largely considered as mere distractions, responsible for rusting the young minds of individuals. However, the classroom scenario has now changed drastically. The new age classroom not only supports mobile tech but is also becoming the playground for the introduction of future tech such as wearables amongst others. The wearable tech arrived on the scene only a couple of years ago, and its already being heralded as the ultimate learning tool man ever had. We have the wearable tech of all sizes and shapes, right from petite smartwatches to bulky Heads Up Displays like Oculus Rift, which is something that you can use only under special environments and conditions. With such huge variety, the potential that wearable tech has in classroom conditions for learning purpose is immense.

The concept of Immersive Learning

Immersive education combines elements of virtual reality and 3D tech with digital media to create an engaging environment for students and take self-directed learning to a new level. Heads Up Displays would play a big part in bringing to life the immersive learning in a classroom environment. Immersive Learning Environments employ Augmented Reality, HUDs, virtual 3D world to simulate realistic scenario and situations that give students the opportunity to practice skills and engage with other learners. At the forefront of this revolution is the Immersive Education Initiative, which is a 7,000 member strong organization specifically working towards growing virtual reality-based learning.

There could not be a better application of wearable technology than in business education. One of the most illustrative examples is the Haas School of Business at the University of California, Berkeley. The college collaborated with Intel, the semiconductor giant to produce wearable technologies that could help the students and teachers. On the other hand, the New York University Stern School of Business is putting students to work on short projects that integrate Google Glass and a clip-on camera called Narrative Clip. As a part of the project, the camera was used to study the New York City streets, where the data was used to develop a strategy for improving traffic safety.

Learning a second language is never easy, yet with the help of wearable techs such as VRG and Google Glass, language learning has become a lot easier. How? One, Google Glass has its own, inbuilt translator that does highly accurate and speedy translation. All you have to do is, selecting the language and pointing the camera towards the text that you want to translate. The translated text will be immediately served on the viewfinder. This way, students can save a lot of time checking the words in the dictionary.

Technology does make everything more comfortable and within reach, so much so that people have become softer and less active. Although infinitely helpful, technology has also been a progenitor of obesity-related diseases. Yet, we have only to fall upon the accuracy and calculations of our smart wristband that can calculate how much calories are needed to burn to keep us healthy or how much food is to be taken make it through the day without overeating. Teachers can monitor sleep pattern, nutrition, physical activity and other important statistics through smart wearables and later use all this data to develop a customized PE program. A particular study revealed that children who used one such device named Zamzee were 59% more inclined towards doing a physical activity.

Wearable tech promotes remote group work amongst students where each member of the group helps each other reach a common goal. This distance learning would be possible through Google Glass instead of the computer or laptop, where students at home, who are sick and cannot, commute to and fro school but well enough to participate remotely in a lecture. The teacher would broadcast the lesson on Google Hangouts which could be viewed through the Glass.

Other uses of wearable tech in and out of classroom include recording presentations on the Glass for later viewing or mapping the response of the classroom to activities being conducted to know which are most conducive to learning using a brain-sensing headband called Muse.

According to experts, wearable technologies will be commonplace in classrooms, lectures, distance education and science laboratories in the next 5 years. Even if they sound too optimistic, no one can deny that this latest tech has got a great future in the education sector and will increase a lot of student-student, student-teacher engagement. Wearable tech’s success has a lot to do with the speed of research and willingness of schools and teachers to adopt it.