Smartphone, as the name implies, is loaded with capabilities beyond the scope of previously available feature phones. There is no task of computation or logic that cannot be accomplished with the help of smartphones. Taking and receiving calls seems to have become a secondary task on a smartphone since there is so much more that can be done. From note-taking to gaming apps, coordinating applications across various gadgets, nothing stays behind when it comes to a smartphone technology iPhone.

A funny side to it though. smartphones have made life so easy that it has become in fact too enjoyable for few. Limits have become more than easy to cross and boundaries hard to follow. However, smartphone technology seems to be fighting a war of its own, among its own developments. Recently, software developers have come forth with another revolutionary idea to overcome the disastrous effects of smartphones. This very idea is that of a smartphone spy. Companies like StealthGenie and Mobiespion are flying high in their consumer market. The spy application has purged other useful applications like anything. People began to realize it’s worth and capability and soon almost every other developer is producing their version of smartphone spy application.

Spying on someone’s phone is a technique being pulled through since the advent of the smartphone technology. And agree or not, knowing how a person communicates with other people on an individual basis is the most accurate determinant of his/her personality. So when it comes to such an easy access to knowing someone’s personality, a spy software has the capacity to fly high in demand. But if its use was limited to a certain type or number of people, the software might have never touched the ground. Where it blows badly is that its use can be exploited on many levels. Where parents might find it a blessing to keep a decent check on their children, spouses might think it to be an over-intrusive process that disrespects the privacy and personal space required in relationships. 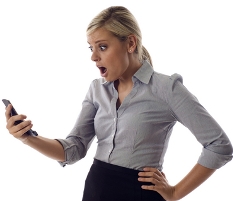 As for workplaces, it might be considered a help while monitoring employees, but knowing every person’s personal commitments certainly does not count as “professional monitoring”. And since a spying app will not differentiate between private and work commitments, and the spying loop will have all detail bits of a person’s life, it becomes an issue of ethics and protection of others’ privacy.

So we might just a step back from creating another monitoring application that further keeps a check on a mobile spying application. This chain of technological advances might never seem to stop considering there is no looking back. Technological hazards are countered by future technological developments, thus affecting humanity throughout.