It goes without mention that the mobile phones now dominate the digital landscape. The unprecedented growth in mobile app industry and demand for responsive websites clearly suggest so. Surveys suggest that more than 70% of the online traffic is coming from mobile phones and people are using smartphone apps and browsers to look for everything on the web.

The recent update in the search algorithm of Google, named Mobilegeddon, caused millions of websites to become mobile-friendly as they ran the risk of being discarded from the search. All these factors have contributed to the emergence of a new paradigm which is driven by mobile phones. Businesses are now relying on the mobile searches and doing all they can for App content indexing. 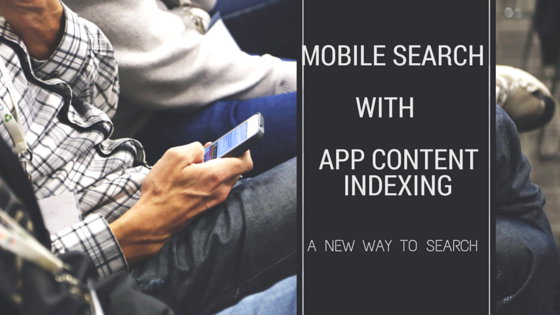 Mobile usage has grown at an incredible rate and there are several reasons that have fueled it. Operating systems like Android and iOS changed the entire perception of mobile platforms and were ably complemented by the devices with advanced hardware features. Moreover, many companies have jumped into the fray of mobile phone manufacturing and the resulting competition has led to aggressive pricing. People, thus, are able to own advanced phones at reduced cost and are able to connect to the internet through them.

Such a rise in the number of users of the mobile phones has prompted mobile and internet giants like Apple, Microsoft, and Google to target the mobile searches and get more users on board.

The discussions on App indexing became resounding when Google recently announced its updated ranking algorithm which preferred mobile-friendly websites over non-responsive websites and even discarded such websites from the search results.

App indexing is much like website indexing where Google or any search engine is able to index the apps similar to a website. It implies that when a user searches for a topic on the mobile phone, the result would not only include content from the website but also those content which is inside an app.

The links in the result will have deep links to your app and will offer a native mobile app experience, taking you to the desired content within the app. App Indexing is not a new concept as it was possible with deep linking back in 2013. Still, the developments that have been made in this area have been phenomenal.

For instance, Google has expanded the span of the search by including from apps that are not installed on the mobile device. This has aided in app discovery and helped the app marketers in a big way. Apart from Google, Bing also does App Indexing that works in a similar manner as Google app indexing.

App indexing clearly seems as the future of mobile search because most of the users will use the mobile phones to look for anything on the internet. The businesses, especially those which rely on the web for users, must take concrete measures in this regard.

How Google’s Mobilegeddon aims to change the mobile search?

Google has been talking about the importance of the mobile-friendly websites for quite a long time. Recently, it came up with an updated search algorithm, named Mobilegeddon which preferred indexed websites with mobile-friendly design higher and even discarded non-responsive websites. It has put many businesses in action who updated their websites in order to avoid the whack of Google. 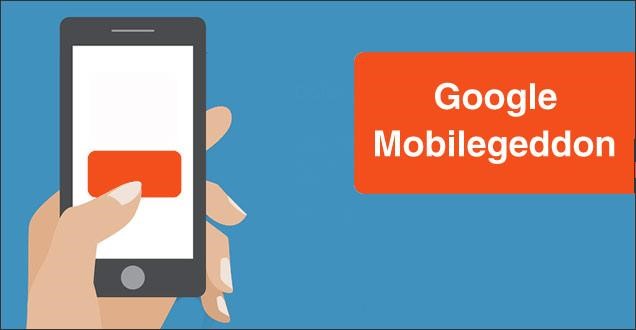 If we look at bigger picture, we realize that such an algorithm is an attempt from Google to change the dimension of the mobile search. It will ensure that when the users search for anything on the search engine, the webpage that is displayed, is compatible with the small screen of the mobile phones. Mobile phones have become quite common and a large chunk of traffic is being generated from these devices. It is hence, quite obvious for the webpages to be compatible with the mobile devices.

The trend has just started and is bound to gain momentum as no company would want to lose customers which will be imminent if their website is not indexed. Google has also been working on App indexing and has achieved for a few apps that are being indexed. A user looking for content that an app can offer will be served with a link which upon being clicked will take you directly to the app. If the app is not installed on the mobile device, it will redirect the user to the app store where the app can be downloaded.

Bing is also trying to expand the search it provides by including app’s content. The information contained in the app is not crawled by the search engines and hence, does not appear in the search results. Bing is working towards including the content from apps in the search results and building a massive index of apps. The index will have content from apps across the three major platform- Android, IOS, and Windows. It will enable the users to land directly on a particular section of the app that will cater to their queries.

For instance, if the user is looking for a blue shirt and performs a mobile search, the search result will include links to the section of the apps that offer the product. If the app is installed on the mobile device, the section of the app will open, otherwise, you will be directed to an app store. This new functionality is called App linking by Bing. This feature is better than Google’s App indexing as it includes apps from different platforms and not just a particular one. 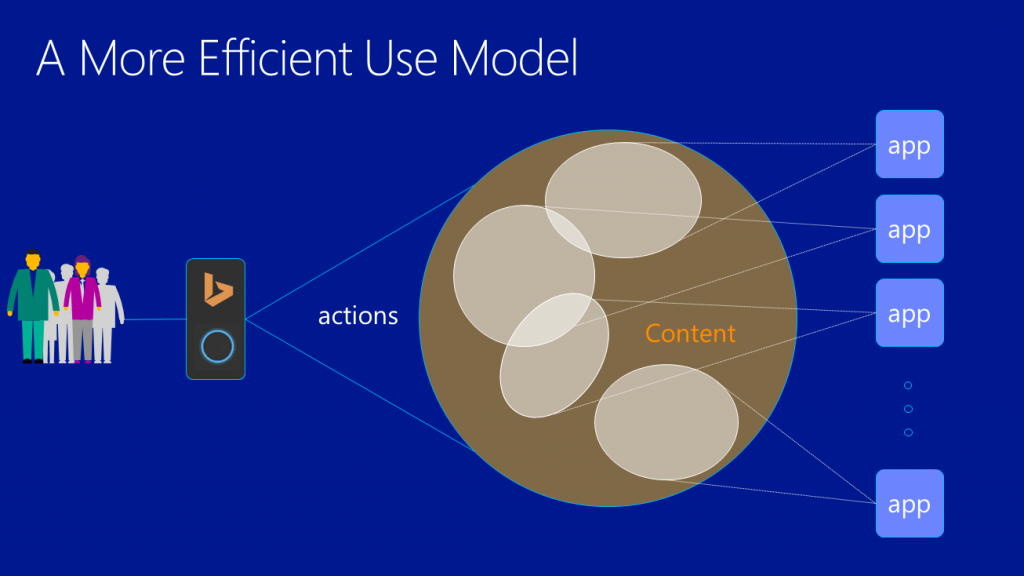 With this feature, Bing wants the users to find the content from the app on the search result page regardless of which device they are using. To enable the developers and SEO experts to make the most of the features, Bing has also urged them to learn the modifications, they are required to make in order to make the apps’ content indexable. Bing has also reiterated the fact that it is the best time to optimize the apps for App indexing as a large chunk of users is introduced daily to the smartphones and apps.

Apple is also not lagging behind when it comes to making the contents of the app available on the search. Apple uses Spotlight search feature that presents results from Bing and Wikipedia. With this new feature, the users will be offered content from the apps and will take them to the relevant section of the app. The search may include tweets from the Twitter app, documents from the iCloud drive or a range of clothing from a fashion app etc. This is Apple’s attempt towards fostering app connectedness and thus provide a host of information that was hidden from the users. The app developers will have to optimize their apps to expose the content to the users when asked for. 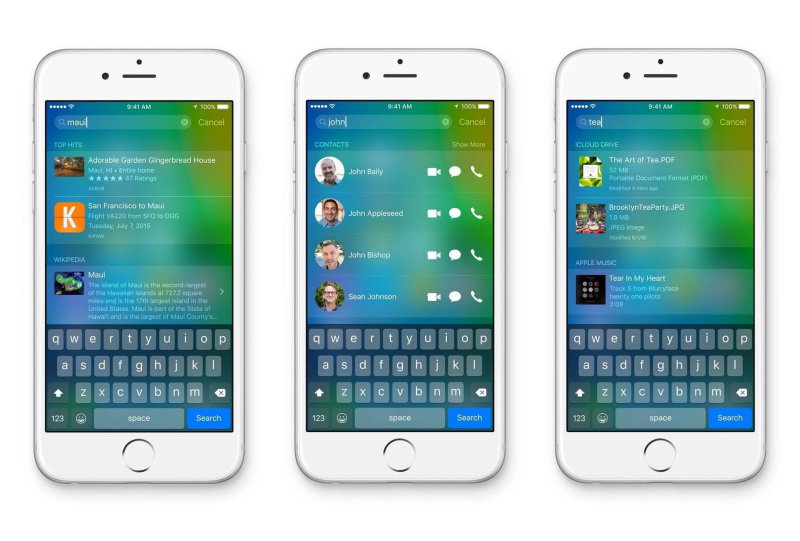 With this local app search functionality, it would be easier for the device to keep a list of the content that a particular user is looking. This would lead to more personal experience for the users. There is a rich amount of data in the apps which was lying unexplored. However, this feature from Apple will ensure that the businesses are able to showcase their content and draw the users towards them. As this functionality will also be there for the third party apps, everyone can benefit from it and present the content to a large number of users.

It has become quite evident that mobile phones are ruling the roost as far as the digital marketing is concerned. With an unprecedented growth in the number of users, the businesses must optimize their apps so that their contents may be indexed by different search engines. Methods like deep linking will help them take the users to the desired section of the app when they click on the link that appears in the search result. Not only Google, but other search engines like Big is also offering such features.

With all the major players in the mobile industry like Google, Apple and Microsoft are working tirelessly on app indexing, it will become a common feature in the search result. As a number of people use apps on their smartphones, app indexing will surely make things easier for the users and more profitable for the businesses. App indexing has been successfully done for a few apps now and the efforts are on to expand its horizon.