We do sometimes think about safety in our lives; usually as the result of a recent news story, or because we are doing something that is outside of our comfort zone. We do not tend to think about safety when we are using devices or appliances that we are used to. But, how do we know that these items are safe to use? The truth is that we trust them because they have a good safety record. An important factor in maintaining that record is the testing, often using NDT equipment, that takes place before items are placed on the market. 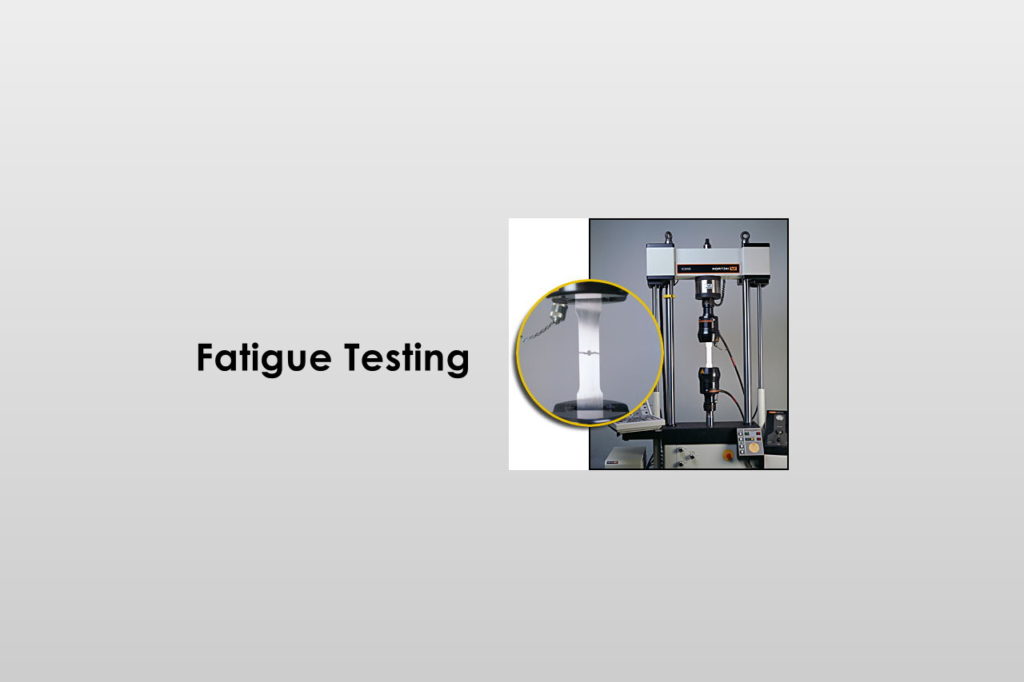 Part of the testing process is fatigue testing, which is used to test the qualities of certain materials that are used in the manufacture of everything from kitchen appliances to medical equipment. We are going to take a look at what fatigue testing is.

Fatigue is something that happens to a material, such as metal or composite, when loads are repeatedly applied. At a certain point, cracks begin to show. These cracks then become larger, and eventually, the material starts to disintegrate.

There are certain features which reduce the fatigue strength of a structure; such as sharp corners. It’s more likely that cracks will form around these corners than it is that they will form along a rounded surface.

How does fatigue testing work?

When fatigue testing takes place, materials or objects are placed into a testing machine and various loads are applied. These loads are alternated between a mean load, which is sometimes zero, and a load which is used for testing. This is called cyclic fatigue loading.

The test can be carried out for a specified length of time, in order to observe the effects after that length of time. It can also be carried out until there is a fracture in the material. The normal reason for carrying out these tests is to determine the lifespan for a material that has to withstand this type of cyclic loading. The test can also be used to determine the crack resistance or fatigue strength of a material.

Fatigue testing is often used on metals and composites that are used in industry or other areas where cyclic loading is a common occurrence. However, this type of test can be used on any material, to see how it reacts to the conditions that are imposed.

Fatigue testing is one part of a testing regime that is used on all of the devices, appliances, and machinery that are commonly used in the world around us. As technology advances, so do the techniques used to carry out this testing. We take the items around us for granted, but we can only do this because they are all subject to a variety of tests, during and after the manufacturing process. These tests help to ensure that materials and objects are fit for purpose and that they can safely be used.