There has been a lot of buzz about wearable nowadays, like Google Glass, Samsung’s Galaxy Smartwatch, and many more. The future of wearable technology includes plenty of twists and turns.

Wearable design principles should not only focus on the look and feel of the wearable but also on the materials as well that will make the users comfortable wearing it. 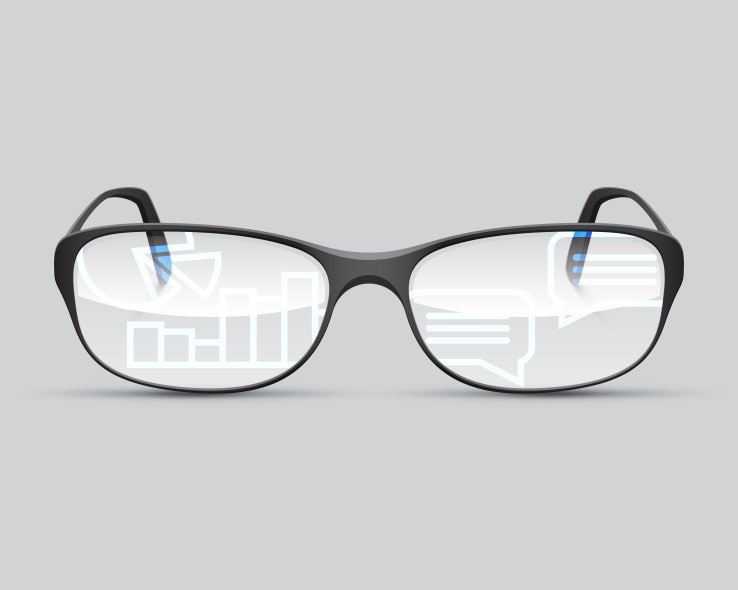 Here are some stats from the people using wearable in their daily lives.

There are some negative views of the people as well about the wearable.

The following points came to light after getting the above stats.

A wave of wearable products can be seen in the market. Despite this buzz, wearable technology is lacking some design principles.

Here is the list of some important design principles that are important for the manufacturers and designers of wearable devices.

Context-aware notifications are more engaging for the user. A corresponding application should be opened by clicking a specific notification. The glace notifications should be such that the user can also customize them according to their need and requirement.

A wearable device is incapable of fulfilling basic expectations if a voice is not enabled in it. Smartphones distract a user if he or she is in the middle of something, and if the device is controlled by voice only, then it would be a great asset for the user.

Adding voice to the wearable allows the user to give commands to the device, rather than holding it in hand and taking actions.

Contextual information is great on the wearable, whenever needed. Voice recognition in the wearable will certainly help visually impaired users as well.

Wearable should be an extension of the superhuman digital capacity so that it can be used to make life easier. They should allow the user to think better and act better. It will also allow the user to improve their performance in everything.

Wearable should be the user’s assistant and guide. The device needs to be smart enough to know when to act and when to not without any human intervention. They should act as a supercomputer for the user.

Techies want the information to be loaded immediately without any delays. Instant access should be the only motto of wearable devices. Latency should be avoided in most of the wearable applications. A delay of a single second can turn away long-term customers.

The approach of instant access can have a tremendous impact on the growth of the wearable.

The user gets a complete insight into the technology due to these wearable devices. The web designer should create a dynamic design with a proper understanding of the target users.

The technology that the user is wearing needs to be incredibly comfortable. It has to fit correctly on the user; else, the user won’t use it.

There will be more custom fitting technology shortly.

The wearable technology cannot be kept invisible, so the manufacturers should make it stylish. People want to look healthy with this wearable in society. They want to use the wearable as a fashion accessory.

A New Shopping Experience with the Wearable Technology

Shopping trends will change with the increase in the use of wearable. The adoption of this technology will increase by forward-thinking users. It is the basic reason for the disruptive appeal of wearable across the retail and marketing spectrum.

The shopping experience will become more closely knitted to the overall experience of the users, and they will be presented with the amazing virtual purchasing moments.

The retail store personnel will be more responsive as they can also be outfitted with the wearable devices.

The Real Potential of the Wearable Technology

The technology is still maturing, and it will take some time for the wearable to look more fashionable.

Wearable tech will present a browsing capacity to influence the purchases, rather than to enable the active transactions. The savvy brand marketers are advised to focus more on the ROI campaigns, rather than pinpointing and reaching the potential customers.

Wearable technology will create a more enriched retail marketplace, but it is the relevance of the message that will win the shopper’s minds and hearts.

The future of wearable technology is not about the fitness bands or health monitors, and it is about how that data can be used. The wearable market has expanded in the last few years, with more than 70 million fitness trackers sold till last year.

Logistics and healthcare are coming up in the marketplace. The technology will drive significant decreases in health costs as well and will continue to revolutionize the healthcare industries.

The companies are putting wearable to work in the workforce, but the people are unconcerned about the impact wearable technology could have on their job security.

One of the biggest challenges of the wearable tech today is the consistency of data. The data provided by the wearable is very basic. But to be most valuable to the user, the data need to be integrated more broadly into the ecosystem.

Wearable technology will likely change the advertising and the content as well. Advertising companies have already conceived ways to deliver marketing messages directly to users who have computerized watches or glasses.

Wearable will provide a new frontier for the media industry as well, and they will continue to be refined and evolved shortly for other industries as well.