Home Technology How to Connect HDMI Cable with Different Devices?

HDMI (High Definition Multimedia Interface) has become the norm in streaming digital audio and video signals between two HDMI compliant devices. The absolute advantage in using this technology, i.e., HDMI Cables over other is zero loss in audio and video signals (unlike composite cabling) and hassle-free configuration. In essence, there is just one cable for audio and video, both (unlike DVI). Know the different HDMI Cable types before purchasing the right one. 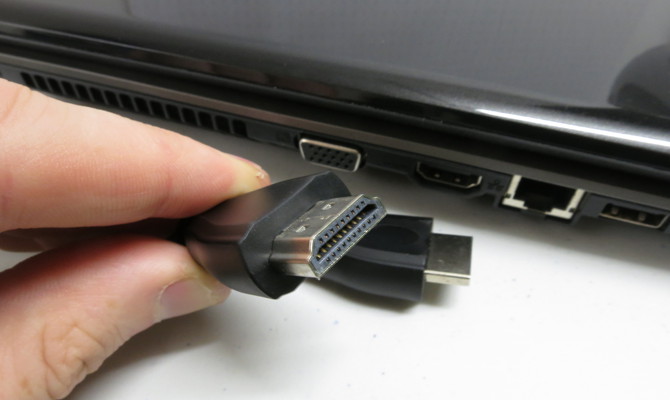 Table of Contents
Connect HDMI Cable to Compatible Devices
How to Connect Laptop to Tv HDMI?
Connecting Home Theater System to a TV
Connecting Game Console to a TV

Before heading into the connecting aspects, let’s quickly go through three of the fundamental pointers for buying an HDMI cable:

Knowing HDMI: As mentioned earlier, HDMI cables are single-handed transfers digital audio and video signals from one component to another (for example, from your gaming console to your HDTV). Much like a USB cable, the HDMI cable is a simple plugin/out and fits the HDMI port in only one way.

Cable length and use of signal boosters: Buy a cable that length more than what you estimate. For example, if you have calculated the distance between your TV projector and TV display to be four feet, then select a cable length of not less than 4.5-foot or the nearest next length size to have some slack between the two applications. That will prevent any physical stress in the cabling length. The use of signal boosters like amplifiers or built-in circuitry is vital to cables running over distances more than 25 feet.

Expensive cables: There is practically no difference between a $5 HDMI cable and a $100 one that dupe-boasts “additional/superior” signal quality. The only aspect that will cost you slightly more money is the cable sturdiness – Plugging in and out too often? Select a cable that matches the strength.

How to Connect Laptop to Tv HDMI?

Connecting Game Console to a TV