You probably have heard ‘gaming PC’ and how people praise these devices as a pivotal achievement in computing hardware. Some people consider them bottomless pits where gaming enthusiasts pour a lot of money. Are these computers different from consumer PC? What makes a computer system a reliable ‘gaming PC,’ and how is it different from the computers you use daily in your office?

Well, there’s a universal, defining feature of a gaming PC – the graphics card. Most video games require a higher graphics performance level than a consumer PC. Here are the differences between these two types of computers, gaming PC and consumer PC. 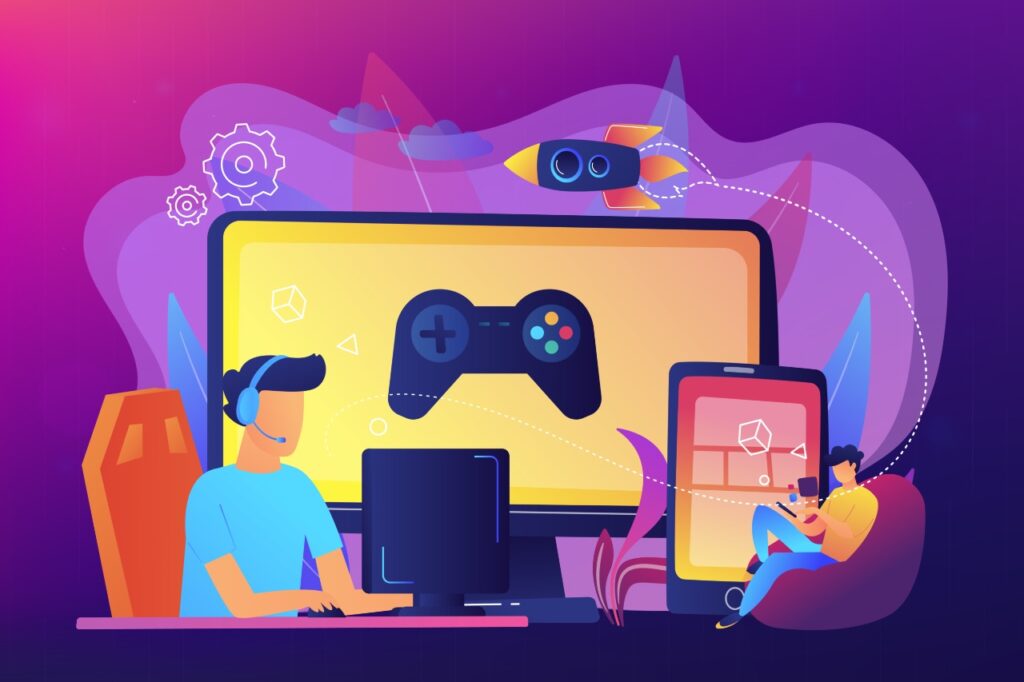 The GPU is the number one difference between gaming and Consumer PC stands out. Gaming PC demands high-performing and expensive GPU that spit out large-quality frames and high resolution for the best gaming experience.

Any graphic card can work in a consumer PC, but a gaming PC requires a high series GPU. You can know the best GPU by the number—the higher the number, the better the performance. High gaming GPU like AMD’s RTX 5000 can cost you upwards of $1000.

Consumer PC in constant use requires high-speed processors, to as high as Intel Core i7. Some gaming PC too can utilize such processors. However, experienced gamers know they should get a high-speed CPU unlocked.

CPUs, whose model number ends with X or K, can be the best for gaming laptops. For instance, an “intel i7 4900K” means the system’s processor can be upgraded(overclocked), and performance is pushed beyond the manufacturer’s recommended levels.

While a consumer PC will often have a fan as its cooling system, a gaming laptop utilizes high-end cooling systems that involve water use. Why water? Well, a high-end gaming CPU (especially overclocked ones) and GPU produce a great deal of heat that requires more than a fan to cool down.

For a gaming laptop, ample storage space is better; however, even a space of 500 GB is enough for a consumer PC. A mechanical Hard drive can’t be suitable for a high-end gaming PC. An SSD (solid-state disk) has double the performance of a mechanical drive (HDD), and it’s twice as expensive.

A consumer PC does not need more storage space than it needs, but for gaming, if HDD, then performance storage should exceed 7200.

For a consumer PC, the amount of RAM you require depends on usage. Many laptops have as low as 4 GB of Ram, and the computer works just fine. A RAM of 8 GB or 16 GB for a gaming laptop will perform optimally. People often overestimate RAM, yet it isn’t a big deal for either consumer or gaming PC. After all, if your usage demands an upgrade, memory is easily upgradable on any PC.

The RAM should have a heat sink for low latency for a gaming PC. How fast things get in and out of your RAM can impact the frame output.