We all travel. We all spend hours upon hours connected to the internet every day. Yet, when we board a plane to the far-flung corners of the world, and indeed some common stayovers, we have to completely change how we connect.

We find ourselves limited by government censors and geo-blocks, preventing us from doing work, communicating or simply streaming our favorite TV shows.

With us needing to be more connected than ever before, this can cause problems. However, the rise of VPNs has helped people bypass internet censors and browse freely, no matter where you are in the world.

How do VPNs work?  What do VPNs do? Is VPN legal?

But where are the most censored countries in the world when it comes to getting online? Are VPNs Legal in all countries or not?

Countries Where You Need a VPN to Bypass Censorship 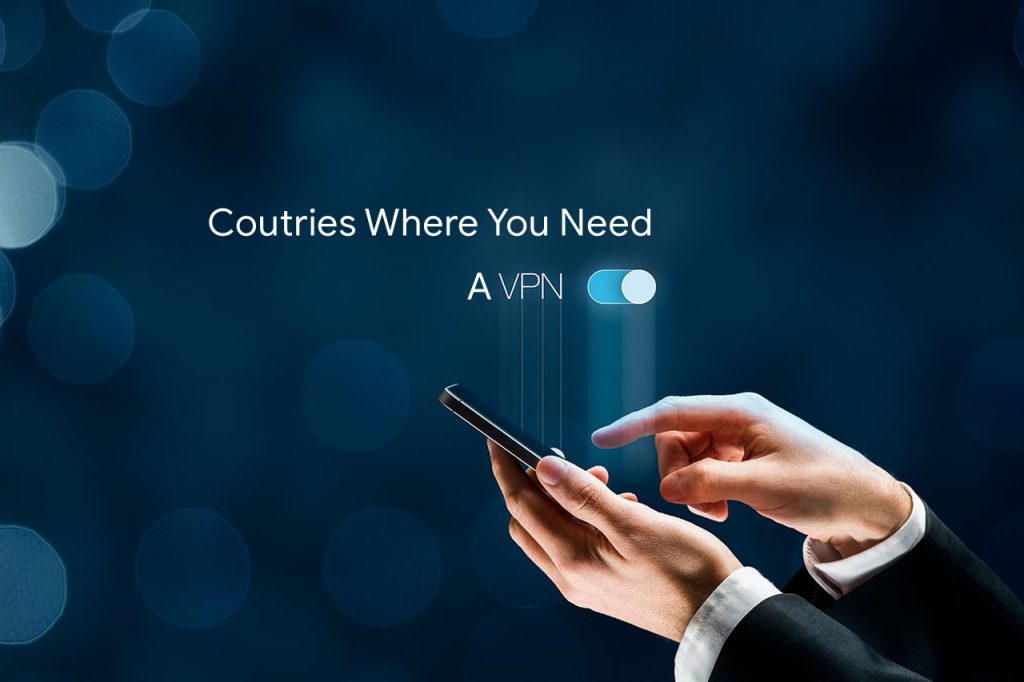 Saudi Arabia may be an ever-growing business hotspot but due to religious beliefs, the internet is heavily censored.

Incredibly, almost half a million websites are blocked in the country, which could seriously affect what you’re doing. VPNs for Saudi Arabia can help get around this and allow you to connect to any blocked sites.

The likes of Twitter and WhatsApp are free to use, although the latter was banned for a significant period of time before being lifted in 2017.

In order to censor the internet, all traffic passes through a proxy farm in Riyadh where content is filtered and then returned as the site or with a block.

All bloggers and digital news sources must obtain a special license, while anyone found to be posting anti-religion or political views could face up to five years in prison.

Are VPNs Legal in China? Yes, Only government-approved VPNs are allowed to use

Of course, China is a country that many people have high on their bucket list, but censorship in the country is rife.

Unlike other countries, many have access to the internet. It’s one of the best-connected countries on the planet. However, what you can access is limited. Google and Facebook can’t be accessed in the country along with many other sites.

It’s branded The Great Firewall of China and you’ll find anything that is anti-government, anti-religion or anti-pollution/corruption is blocked by the government, among many other topics.

You’ll find Chinese Wikipedia blocked along with many other well-known sites including aspects of the BBC site and CNN.

If you’re visiting Hong Kong or Macau, the special administrative regions of China, the rules are more relaxed and users won’t find the same levels of censorship as they would in mainline China.

Is VPN Legal in North Korea? No, fully banned for locals

It’s unlikely you’ll ever find yourself holidaying in Pyongyang, however, it is worth noting just how blanketed the internet is in the country.

It’s believed only around 30 websites exist in North Korea and very few people have internet access as we know it.

The country is as tightly controlled as it comes with just over 1,000 IP addresses in the country.

The country employs a crack team of experts to police the internet and ensure no forbidden sites are ever visited by the nation’s population.

Foreigners do have slightly better access when visiting, although you’ll still be prevented from visiting sites such as Facebook, Twitter, and YouTube. So if you are planning a visit, don’t be reliant upon the web for recommendations, directions or anything remotely fun.

Are VPNs Legal in Eritrea? Yes

Many African nations have strict internet censorship. Eritrea has possibly the highest levels of censorship.

Journalism is particularly affected by this with the country’s president making it so difficult to report that many of the press simply refuse to do so in fear of being imprisoned.

For those who are connected, speeds are still at the dial-up level and you won’t find any sites that could be remotely anti-governmental or social media sites.

It’s thought just one percent of the country has access online, with many now having to resort to VPNs to connect with one another.

Is VPN Legal in Iran? Yes, Only government-approved VPNs are allowed to use

Many Middle Eastern nations tightened online censorship following the Arab Spring and Iran is one that now has very strict blocks.

Anti-religion and political views are strictly off-limits and all bloggers, journalists and website owners must report and register to the country’s Ministry of Art and Culture.

Many journalists have been imprisoned for the words they have reported and it’s even believed the government set up fake sites to try and dupe dissidents into handing over their details.

Failure to obey any internet censorship laws and rules is dealt with severely with loss of pensions and other penalties even handed out to family members.