There is one thing everyone can agree on about our political system: we could definitely do better. Most people think of their governments as dysfunctional and ineffective, and that’s just a long-term risk we can’t afford to take anymore. So, with technology pulling miracles left and right, there has to be something we can look up to, right?

Well, currently there’s a lot of fuzz concerning the potential relationship between blockchain technologies and politics. And we are not just talking about utopian dreams—a handful of governments around the world are actually running blockchain projects with the help of outsourcing of IT services. However, the question still stands: how plausible is it to actually implement blockchain in politics? So far, we are only seeing the tip of the iceberg. 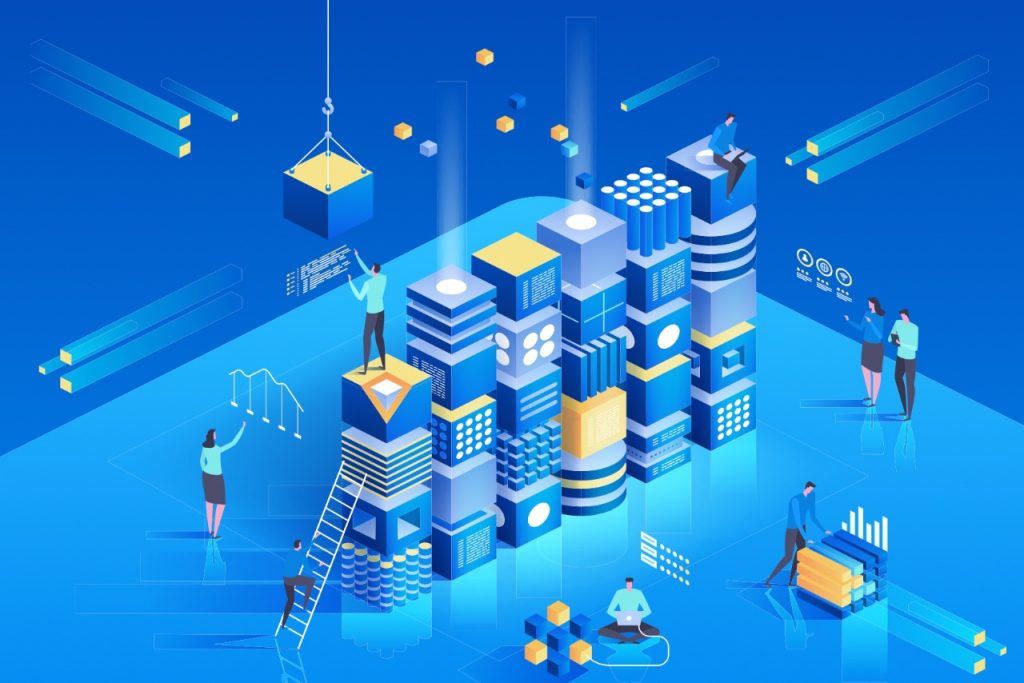 Quick Recap: What is Blockchain?

Blockchain is a distributed database (also referred to as a public ledger) that registers all communications made between interconnected nodes (blocks) within a network (chain). The blockchain ecosystem is “self-auditing”, which means that there is no centralization and no single entity can control it, making it a truly transparent and incorruptible system.

To keep data safe, blockchain uses immutable cryptographic hash functions. By running massive amounts of calculations and algorithms on every node of the network, the system can guarantee its data will remain secure. Once data is uploaded to a blockchain, there is no way to delete it. And, most notably, all records are public, easily validated, and accessible internet-wide.

Although blockchain is mostly known for its relationship with Bitcoin and cryptocurrencies, its applications go way beyond them. Its guaranteed transparency, security, efficiency, and decentralization through the use of Smart Contracts make it an ideal tool for all kinds of applications in a wide range of fields.

So What Makes Blockchain Great for Politics?

It is quite simple, actually: there are literally no loopholes that hackers can take advantage of. In other words, there is no room for tampering with data or corruption.

Let’s take a look at an example. Just last year, Sierra Leone, a small country in West Africa, ran the first-ever blockchain-based political election. It was a stunning success, to say the least — and it was all done through mobile devices! Voters were only given digital wallets (identification credentials) and a single coin (which represented their individual vote).

After validating their identities through biometric tools, each vote was electronically cast into the blockchain ledger, where all data remained secure, transparent, and anonymous. There were no long queues, every single vote was recorded, and no one had any vote-tampering concerns.

So what are we waiting for? Why isn’t every government in the world running blockchain on every single one of their protocols?

Well, it is not like we don’t want to. Countries all around the world are exploring opportunities for implementing blockchain. Some go as far as Dubai, which aims to become the first government in the world to conduct all of its transactions through the blockchain. However, most people, companies, and governments still lack sufficient understanding of the technology, which translates into several challenges.

For one, nations around the world can’t seem to agree about how to create appropriate regulations. To be fair, the massive fragmentation of cryptocurrencies results in countless blockchains with different characteristics, making it hard to approach them from a legal standpoint. Regulating a blockchain-voting system could make for a tedious and expensive task, especially for traditional governments.

Not to mention the scalability concern. Sure, Sierra Leone had a great time with their blockchain elections, were a sizable 3.1 million people participated. It would be a lot harder to run a smooth process in a country like the United States, where over 200 million people are expected to vote.

As user numbers increase, networks become overloaded, and transactions take longer to process. Of course, we could just increase the number of nodes in the network, but at a national scale, it would just drive costs way up.

Finally, qualified blockchain developers do not grow on trees. As a relatively new and evolving technology, it is still quite hard to find fitting personnel—especially if we are talking about a nation-wide field of work such as politics. And, since the demand for blockchain consultants is a lot larger than the supply, anyone looking to hire them should expect to pay generous salaries.

Even among all these challenges, it is just a matter of time before blockchain disrupts politics forever. On paper, it is the perfect technology to tackle the most crucial issues concerning modern governance, such as electoral fraud and political party funding. And, when it comes to systems as important as voting, we would all prefer to see results based on mathematical proof over trust-based statements.

Blockchain has the potential to build a truly direct democracy—and that just outweighs all the efforts required to surpass any implementation challenges. We must see blockchain as a powerful mechanism that guarantees truth, transparency, and makes politics work better. There is no reason why we shouldn’t give it a chance.