The modern information technology landscape is full of new and legacy programming languages. From Java and C++ to Ruby and JavaScript, the possibilities are nearly endless, and every developer has their language of choice for various projects. Yet, even in the light of this wide range of choices, one language has continued to rank as one of the top choices for programming languages by devs year after year: Python. Do you know the benefits of Python or what can you do with Python?

What Is Python Good For?

Although the programming language turned 30 years old this year, Python is more popular than ever in the world of development. Python is a high-level, general-purpose, dynamic programming language. Its code is in nearly every website, application, and software product on the modern market.

Python applies to nearly every size and type of project as well. It is used both by small businesses and the biggest names in technology today, including Uber, Netflix, Dropbox, Facebook, Instagram, and Google. Python developers are also some of the most in-demand job positions on the job market today as Python development is in high demand.

All of that makes it a highly desirable language to learn for anyone interested in trying their hand in the world of programming. Let’s take a look at some of the reasons why you should learn Python for a great career move. 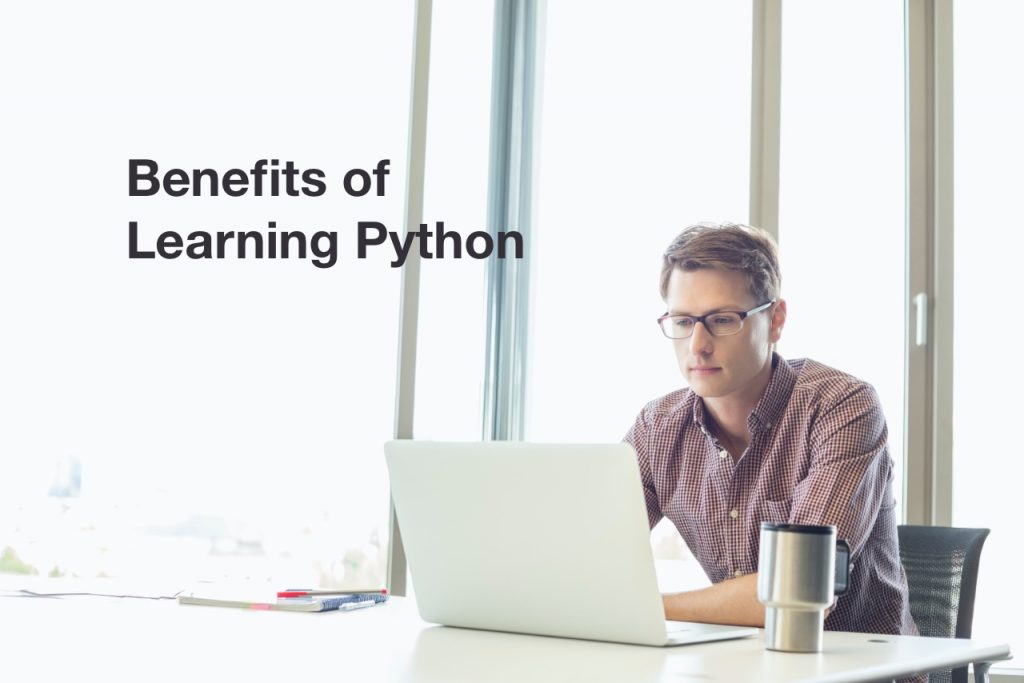 Python is an incredibly diverse and useful programming language that every developer should have in their wheelhouse of skills for various reasons. The benefits of Python include:

Python itself provides an extensive standard library. It includes string operations, web services tools, internet protocols, and interfaces for operating systems. The standard library includes many high-use programming tasks for developers’ reference to reduce the amount of organic code that needs to be written by a significant amount.

In addition to the standard library, there are nearly limitless additional libraries available for Python. From game development and web development to machine learning, developers can access a wealth of information from the programming community.

Simple and Easy to Use

The clean, object-oriented design of the Python language allows for enhanced process control capabilities. It provides strong text processing capabilities and integrations as well as its own framework for unit testing. This improves development speed and overall productivity levels for developers.

Programmers and developers consider Python to be a highly readable and understandable language compared to others used for development. Instead of needing to focus on complicated syntax and language, developers can pick up the language quickly and focus on a problem when it occurs instead of needing to decipher the complexities. It focuses on code readability while still being versatile, well-structured, and easy for new and experienced developers to pick up.

Python is an open-source language and is free to use. This means that it does not require a custom-build platform or particular subscription, so developers can just open a notepad and start writing this code. All of the tools needed to work with Python coding, modules, libraries, and support means are totally free for all developers.

By nature, Python has a very simple syntax. For example, the same logic that requires 7 lines of code written in a C++ language is the equivalent of only 3 lines in Python. Smaller code means less time required for projects, less space, and corrections take less time.

Python is as limitlessly applicable as it is flexible. Over 125,000 third-party Python libraries exist for a wide variety of topics and applications. This includes biology, web processing and development, machine learning, scientific and mathematical computing, mapping and geography, and data science. Its data-focused libraries make it easy to customize the process of manipulating, processing, and visualizing data.

Python is one of the most secure computer programming languages that developers can learn. This is thanks to the OWASP Python Security Project. This community actively seeks to help programmers create versions of their code that are more resistant to manipulations or cyber-attacks by approaching problems from many different angles. Developers are free to use the OWASP program thanks to the open-source nature of Python.

Python is an incredibly useful and powerful language for developers of all skill levels, industries, and use cases. Its simple and easy syntax makes it applicable to various projects, while its enormous online community makes finding support or answers much easier for Python developers. It is a free, open-source programming language used by some of the top names in today’s technology industry.

All developers should know this language as they will inevitably need to work with it at some point in their professional careers. It is incredibly helpful for all kinds of projects. Python’s versatility, flexibility, and simplicity will continue to make it one of the most used and most in-demand programming languages for the foreseeable future.