Scala is the most recommended language for big data out there. According to most companies’ IT experts, this language boosts simplicity yet has great performance. No wonder that you will often see experts use it in social media management. According to one research study, there is an increasing demand for people who understand Scala for various applications in the IT departments of companies.

Apache Spark developing using Scala has all been made easy by a well thought out guide that is not only simple to learn but interesting to know. Follow this simple guide to understand more about how to get started with Apache Spark using Scala. 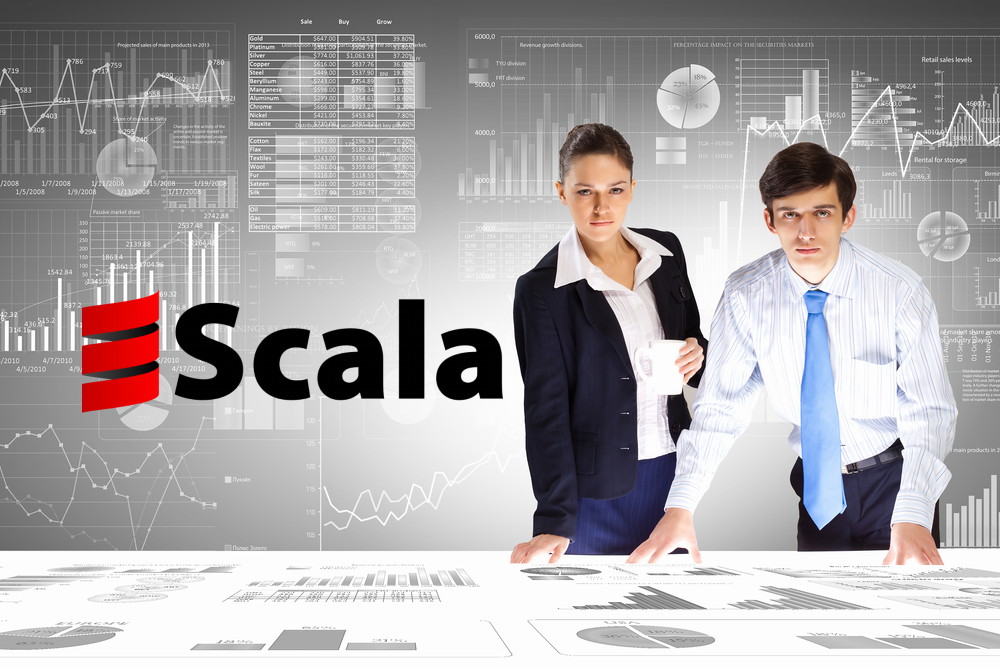 In 2001, Scala started its journey through trial methods by programming researchers. It was only later in 2004 that it was released to the public both on JVM and .NET platforms. What makes it unique is the fact that it converts all its factors into objects for easy functionality and compatibility with other languages like Java. If you thought this is enough, you would be surprised to know that this language is full of power and the ability to process parallel functions.

How to Install Scala?

Any Windows or Unix computer systems can conveniently accommodate the language without any hitches. Since it will use Java for support in running, users must start by installing Java easy syncing. Upon successful installation, some prerequisites to include choosing a notepad, a terminal, and the right environment for smooth operations.

As a first time learner, there is a lot you need to understand. Some terminologies are used, and a brief explanation of each is given here below:

What to Know About Scala as a Starter?

Just like when learning any other programming language, it is recommended that a basic beginner learns conditions to execute this program. For example, your variables are declared using ‘’Val’’ or ‘’Var.’’ With the language being case sensitive, it is also crucial to take caution to avoid unnecessary errors.

Some of the operations people can conduct include relational, assignment, and arithmetic operators, just to mention a few. The list of operations may be longer, and further research will give you all available operations.

As part of iteration in this program, Scala accommodates the widely used FOR-Loop. Therefore, this makes understanding Scala easier than one can think, particularly if one has knowledge of basic programming language background like C++.

After learning the basics and how to get started with Apache Spark using Scala, it is worth mentioning some of the benefits people get from learning and using this language. Experts in programming are not shy to confirm that working with Scala leads to more results than most other programming languages. Its great functionality can be attributed to the speed and accuracy of the language.

With the above insights, any person can get a sneak peek of Scala as a useful language in big data. The fact that it is popularly used by many companies should encourage one to start using it.