Advanced technology’s main purpose is to make our lives easier. As far as car technology is concerned, who wouldn’t want to drive a spaceship? Latest models have automatic transmission spares, auto-pilot capabilities, hydrophobic windows and pioneering digital dashboards that look more like computers. Can technology improve driving that much? Apparently, yes it can. Here are 6 new discoveries that will leave you speechless.

Self-parking is a type of technology that still needs a few years to reach its full potential. Nonetheless, it was tested and experts agree that it could revolutionize the auto industry. BMW is currently working on a new prototype that can park itself in smaller garage areas and parking lots. Self-parking technology makes use of parallel parking situations; the vehicle must be placed in line with all other cars. The average driver needs about 6 feet of space to make a parallel park, even though experts can work with much less. As for the technology in questioning, we must admit it is useful, even if it’s not entirely autonomous.

Wi-Fi is the type of technology that makes everything seem easier. We all want to stay connected these days, whether it’s because we’re busy business people or Facebook fanatics. General Motors has recently launched the 4G LTE service, which will be included in the most recent Chevrolet Malibu sedan. Thus, GM joins an extensive list of manufacturers (Chrysler, Audi) that currently provide 4G.

Believe it or not, airless tires exist and the technology is commonly known as non-pneumatic tires (NPT). Right now, they’re being tested on small cars such as motorized golf carts, but soon enough car manufacturers argue we’ll see them on the streets. Made of polyurethane foam, these tires don’t blow out and they can’t go flat either. The acclaimed tire company Michelin is currently developing airless tires they still need quite a lot of time to perfect the product.

Forget everything you knew about car dashboards because advanced technology is about to blow you away. Together with NVIDIA Corp, Audi has come up with a fully-integrated digital dashboard. Old-fashioned systems are replaced by gigantic 12.3-inch displays with incredible quality and super-sleek 3D graphics. Apparently, the super-fast processor works with virtual cockpit renders to deliver data to the rev counter, speedometer and navigation. Audi’s latest digital dashboard will be present upon the release of Audi TT, in 2016.

Nobody wants to rent a car and then get lost in a city they’ve never been before. A new app released by Hertz links to your NeverLost GPS navigation (be sure to download the NeverLost companion application, too). Drivers will be allowed to make vacation plans by also including stopping points. The navigation system connects to your smartphone, makes and receives calls, and even accesses your contact’s files. Additional features include flight and weather information and the ability to create custom trips among others. 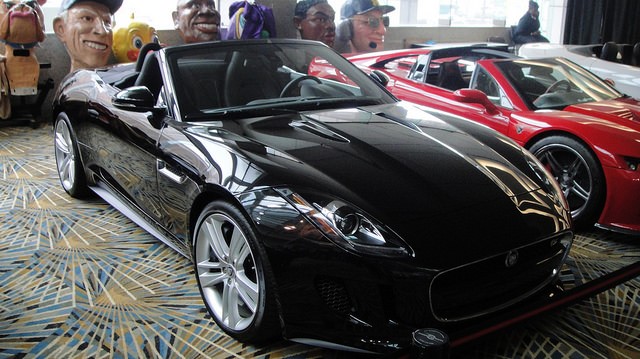 There’s nothing cooler than driving a car without actually driving. The driverless car technology has been perfected for several years now, and it’s safe to say that 10 years from now, the system will become standard. Volvo has recently launched an initiative; the manufacturer claims that by 2020 there will be fewer accidents on the road in new Volvo vehicles. The company strongly believes that self-driving cars are a technology that screams ingenuity, functionality, and uniqueness. DriveMe will put on display 100 self-driving Volvos just to monitor reactions, mimics, and gestures. Apparently, the newest Volvo XC90 will have an adaptive cruise control system one can use to move around the car and make sure it goes on the right path.

We adore advanced car technology because it’s truly pioneering. Easy to use, useful, and functional, all the technologies we mentioned above have chances of going mainstream someday. Car manufacturers and top-tier brands are constantly struggling to surpass their competitors; and since there are hundreds of different manufacturers on the market, sometimes it’s tough to keep up. We’re quite aware that the auto industry is a cutthroat business; only the best of the best will manage to appeal to the senses of potential customers. So what will it be – an Audi TT or a Volvo XC90?