If there is one company that has created a market for premium phones for themselves as good as Apple, then it is Samsung. A company known for its flagship phones has given us some gems when it comes to smartphones. Usually priced a little higher for the middle-class, but surely gives great satisfaction to the business people. A company that never fails to impress the tech-savvy has brought something new this time, let us see what that is.

We know if Samsung has produced something, it will be good. But A8+ exceeds that expectation as well. A big sized smartphone with premium looks is a dream come true, and Samsung has made it possible for everyone. The latest entrant in the A-series, Samsung A8+ 2018 was launched this January and has been a hit since. This mid-upper range phone is very similar to the flagship S series and will undoubtedly excite the customers. Its predecessor A8 was an instant hit, and this was no anomaly. Let us see its specifications: 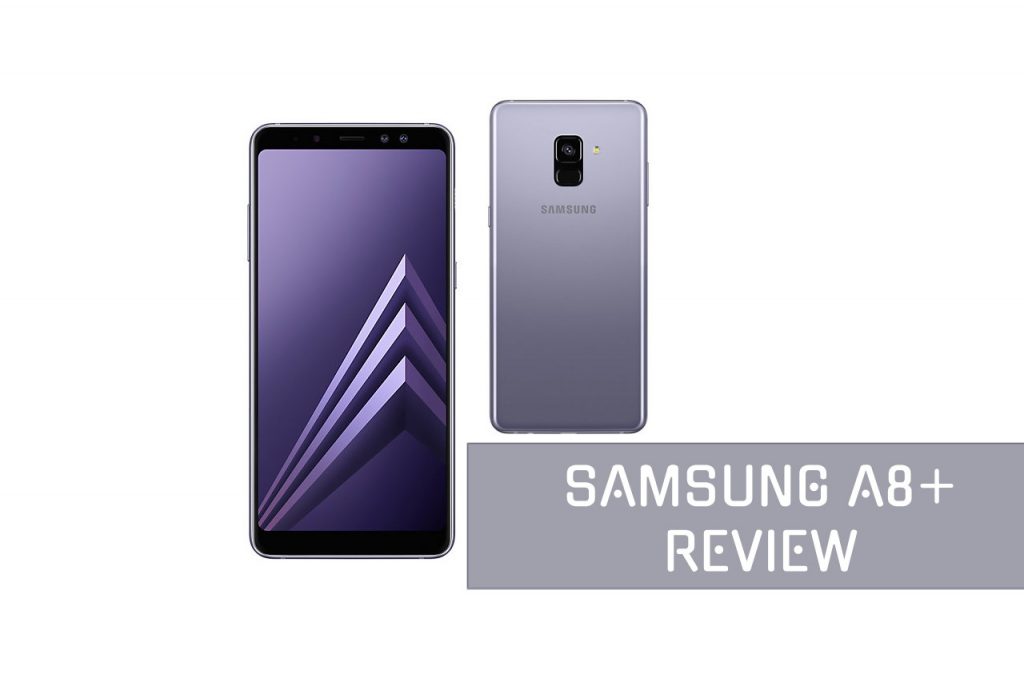 It is one of the first things you do, you look at the display and see how the screen is functioning. You must like the screen because that is the only source of navigation, and A8+ is one step ahead already. It supports a 6 inch with a Super AMOLED capacitive touch. It is similar to what you get in flagship phones, and it will make your experience a lot better. With 16M colors, it gives you the much-loved Infinity Display’s 18:5:9 ratio. It is the biggest display to date for the A-series and offers a wider cinematic experience for its users. It supports Corning Gorilla Glass, which will ensure the durability of the screen till you enjoy high-resolution media on your device.

Samsung is known for its designer phones. They always manage to give them a premium look, and A8+ looks gorgeous as well. With a splendid design in metal and glass, it has managed to be stylish and classy at the same time. It feels good on the hands and is a very sleek phone with a thickness of only 8.3 mm. It weighs around 191 gm and has a sturdy look for a smartphone. It also supports Samsung Pay, so it will be easier for the customers to make payments at various counters and will not have to hustle through cards and cash.
Another breakthrough feature of this phone is that it is water and dust resistant. In this ever-dynamic world, often you find your phone going bad due to dust and water being spilled on it. But Samsung A8+ has the IP68 rating, which will prevent your phones from submersions into the water till 30 minutes and even dust ingressions.

Nowadays, the camera has become the top feature for any smartphone. It is also the deciding factor ins some cases. This is where many people will swing towards the A8+. It has a 16 MP rear camera that will flabbergast you with its quality and sharpness of images. The most amazing part is that it supports a dual front camera setup, with one being 16 MP and the other being 8 MP. This will help to add the popular bokeh effect where you can blur the background and adjust the focus according to your setting. There is also the Beauty effect that hides all your blemishes and gives you a stunning photo altogether.
Now Samsung has improved from its previous models has given us greater satisfaction in low lighting photography. A better lens and new sensors help in this fact and give you great quality pictures even when the light is not in our favor.

The operating system in Samsung A8+ is Android 7.1.1, which is Nougat. It is powered by an Exynos 7885 Octa-Core (2.2 GHz Dual-core + 1.6 GHz Hexa Core) processor. It has a Mali-G71 GPU and comes with two variants. One with 4 GB RAM and 32GB internal storage and one with 6GB RAM and 64GB of internal storage. It is a dual-sim phone with a dedicated microSD slot of 256 GB which makes storage problems a thing of the past.

With almost perfect software and hardware, this phone is a really good performer as well. From its design to its performance, it’s really good. With such a great processor, even high-end gaming will be smooth, and you will experience no lag. Unlocking the phone is also a great experience with an extremely responsive fingerprint scanner. It also has the unique face detection unlock and fairs in that aspect too. It has a really good interface, and you will enjoy navigating through different applications. All in all, this phone is amazing in the performance aspect as well.

It has a 3500 mah battery that will easily get you through the day. It also supports fast charging with type C port. It has great connectivity options with the latest version of Bluetooth and Smart Switch and has all the necessary sensors as well. It also NFC enabled.
It will also give you the functions of Samsung, like Samsung Health and Samsung Connect, which aim at making your life more convenient. While you can control your smart home with Connect, you will also be able to look after your health. You can also use this device with Gear and Icon to enhance your experience

This is the area where I believe Samsung has lagged. Its mid-range phones are not as good as their flagship phones. And when it comes to upper-midrange phones like A8+, many might believe that this an overpriced device. Its 6GB variant is available in ₹30,990 on Amazon, and you check the mobile offers on various sites to see if you can get better deals.

So, the Samsung A8+ has garnered positive reviews and has got a good customer base. It will be interesting to see what is next in the store for Samsung fans. Also, with new phones being launch every week now, I wonder whether it will maintain its reputation or not. We are in for a great contest, I believe.