Your business or home will often rely upon the use of computers to get plenty of things done. However, it can be a challenge for you to get those computers to run as well as desired if they are going far too slow. Part of getting your computers and other pieces of technology to start running quickly and to be more efficient involves knowing just why your technology is going so slowly. Here are some logical reasons as to why your technology is not working as well as it should.

Reasons for Slow PC or Smartphone 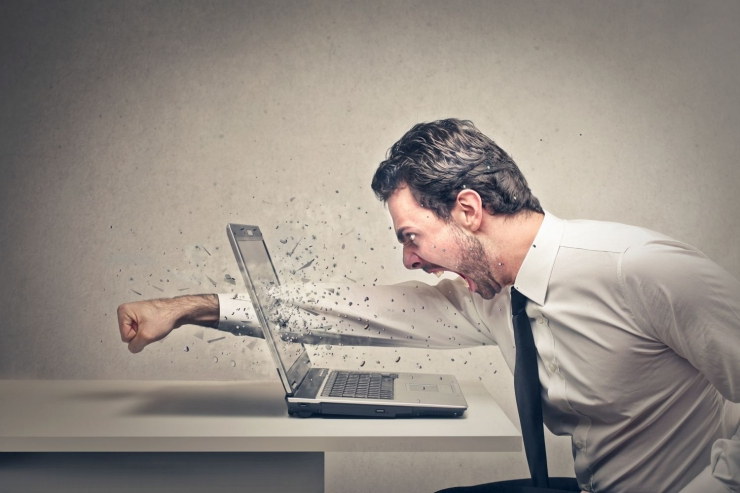 1. Don’t have a good deal of memory available.

If you have too many programs running on your tech products then you will not have enough memory ready for use. You need to get as much memory freed up as possible so it will be easier for you to get your computers and other items to run quickly. You might have to upgrade your RAM in some cases but it is typically best to use a task manager to identify what’s running on your computer and what needs to be stopped.

2. May not have too much hard drive space leftover.

Many computers and tablets slow down because they don’t have enough space left on their hard drives. A computer needs plenty of empty space on its drive to facilitate many writing and editing functions that can go along as programs are active. If you get rid of temporary files or clean out unused programs then it will be a whole lot easier for you to have more space for all that background stuff that needs to be managed.

3. The hard drive has not been sorted out.

Sometimes the data on your hard drive may be organized to the point where it will be very hard for you to actually access it quickly. A disk defragmentation tool can be used on tech products with hard drives to help partition the data and organize it to where all relevant items are paired together on the hard drive. This should allow you to access whatever you have as quickly as possible after a while.

4. May have an infection.

Cache files tend to stick around in many programs and can typically take a while to load though. This can also cause your hard drive to have less free space than desired. If you clear out the cache files in your programs then it should be a little easier for you to load stuff up later on.

6. Have too many extensions, plugins and other things to work with.

It is clear that many extensions and plugins may be useful for some of the functions on your tech products. However, these will often have to be loaded up alongside all the other programs that need to be used on your computer. The worst part of this is that not all extensions or plug-ins have to be used at every point in the day. You may have to disable some of these items so they will not automatically load up on your computer without your permission. In fact, if you use fewer extensions or plug-ins in the future then it will be easier for your computer to keep running for years to come.

Be sure to use these considerations when speeding up your tech products. This is all to help you keep your stuff running with care and without bearing with things taking far too long to load up.