Snapchat is a global instant messaging platform that quickly allows users to share their favorite moments with friends and family. This application is gaining popularity and reaching users worldwide with the catchphrase ‘fastest way to share a moment.’

The moments (pictures or videos) shared by users only last for a few minutes and become unavailable for the receipt forever. So, the user can share their favorite moments with his family more confidently. Thus advantages of social media can’t be denied.

This feature has also captured the unwanted attention of hackers who believe they can hack anything. But is hacking Snapchat actually possible? If yes, how to hack a Snapchat account without the victim’s knowledge?

In our previous article, we discussed how to hack WhatsApp. Although both the apps have somewhat different privacy settings but hacking these apps isn’t very difficult.

There are many ways hackers try to break into someone’s privacy, and we will shed light on all of them. So, read on to learn more about how to hack into somebody’s Snapchat. 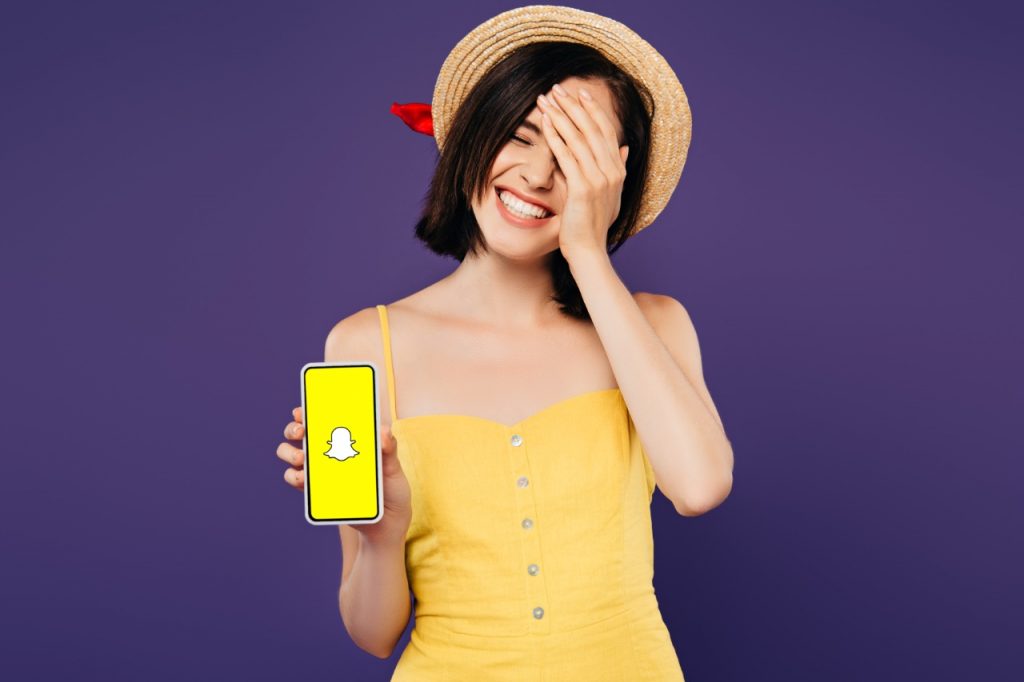 Can Snapchat be Hacked?

With the advent of social media applications, we have become close to people living on the other end of the world. But it has also exposed us to hackers who hack into our privacy and misuse it. Hacking Snapchat is also not a big task for them.

You will be surprised to know that hackers and sometimes friends, colleagues, lovers, spouses, kids, etc., hack Snapchat accounts. Sometimes they do it out of concern, while other times, they do it to test honesty. Parents may need to do the same to save their kids from the negative effects of social media.

But as this app makes moments disappear forever from the conversation, hacking Snapchat and reading what the victim is sharing with another person may seem impossible.

It can be a topic of concern, especially for parents who don’t know what kids might be up to or sharing on the internet.

So, wondering how to hack a Snapchat account, or can Snapchat be hacked, is quite possible for anyone.

In our how to hack a Snapchat Account tutorial, we’ll try to answer the most frequently asked questions.

How to Spy on Someone’s Snapchat without Them Knowing?

What’s the point of breaking into someone’s privacy if the victim knows someone is trying to steal his data? Hacking a Snapchat account is no different.

A hacker can follow various ways to spy on a victim’s Snapchat activities without his knowledge.

Sometimes, he uses spy apps that run in the target device’s background and copy every keystroke the victim presses to enter his account.

Can Snapchat Video Be Hacked?

If you Google this query, you will come up with many articles that tell you that hacking Snapchat videos is impossible for any hacker. But it is quite possible.

A hacker only needs the right tool to achieve this. Even some spy apps allow a hacker to break into the security of someone’s Snapchat account and archive all victim’s data on his device.

It is quite a concern as the victim never knows what measure a hacker can misuse and exploit him using that data.

How to Hack A Snapchat Account without Spy Apps?

Hackers can hack someone’s phone with different methods. A few of them are as follows. 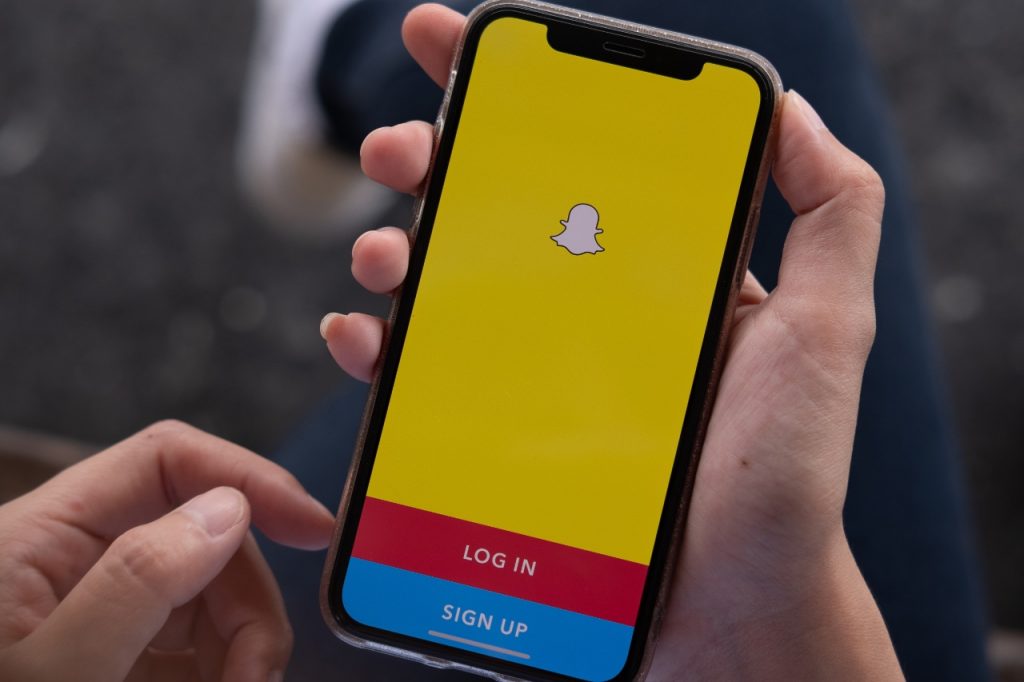 iPhone doesn’t allow the installation of third-party apps, so you might be wondering, “can Snapchat be hacked on iPhone.” Well, yes. A hacker can use many other methods to break into the victim’s privacy. Now the question is how to hack a Snapchat account on iPhone.

A hacker is often seen as an unidentified person who can hack a victim’s device to misuse data. But hackers sometimes are someone closer to the victim, like a friend, colleague, or family member. They can easily spy on victims’ Snapchat if they know the id and password of their account, phone, or even iCloud.

Most people use Android devices, a safe platform with many security features.

Android users can ensure their security by disabling the settings of the ‘third-party installation’ of the app. It will not allow anyone to download apps from any source other than the registered platform like Play Store. This feature can make hacking Snapchat impossible.

Apart from this, a hacker also needs to physically handle the Android phone to install any spy apps on the victim’s device.

However, if the hacker got access to the Android phone and installed Snapchat hack tools, it would become quite difficult for a user to detect the spy app.

These spy apps can take a real-time screenshot of every image sent and received on the victim’s Snapchat account and transfer it to a hacker’s device.

The internet is full of spy apps that can easily break into the security of Android phones. These apps often come with in-built tools to copy every keystroke typed by the victim and crack the password.

The hacker can do the same by sending a malicious link to the victim’s device (through the mail or message). When a victim clicks on this link, it will automatically upload a virus on his phone that can easily crack a Snapchat account password on an Android device.

How to Hack Someone’s Snapchat Messages?

Social media apps allow us to connect with anyone globally. But this advantage also brings a bigger security threat with itself as it exposes our private data to unwanted elements of the hacking world. It is quite concerning, especially for parents who have teens addicted to social media platforms.

The cases of cyberbullying and crime are reaching heights, and children are the most affected of all. Due to this, parents have become more concerned about their kids’ activity on social media platforms. They often wonder how to hack a Snapchat account conversation so that they can watch over their kids.

How to Hack into Someone’s Snapchat Conversations?

Snapchat is an instant messaging app that promises its user that no images or videos shared on the platform are saved anywhere on its servers. So, when they disappear, there isn’t any backup from where you can retrieve these data. It concerns parents who want to watch over their kids.

Parents can use certain spy apps to archive all the data shared by their kids on the platform and get it transferred directly to their devices. Parents can also use the MAC spoofing method to clone their kid’s Snapchat apps on their own mobile phones. This method will provide real-time updates of all the activities, including sending and receiving messages from the kid’s Snapchat account. But this method will be a little too technical for a person who isn’t tech-savvy.

How to Get Someone’s Snapchat Deleted?

How to Hack Someones Snapchat Without Access to Target Phone?

A hacker can easily monitor a victim’s Snapchat activity without physically handling the target device. But before doing anything, the hacker will need one-time access to the victim’s mobile phone, even for a few minutes.

During this period, the hacker can install a spy app that will take screenshots, copy all the data of the victim’s Snapchat and send it to the hacker’s device. Hacking Snapchat using this method isn’t possible on iPhone as it doesn’t allow installing any third-party application. 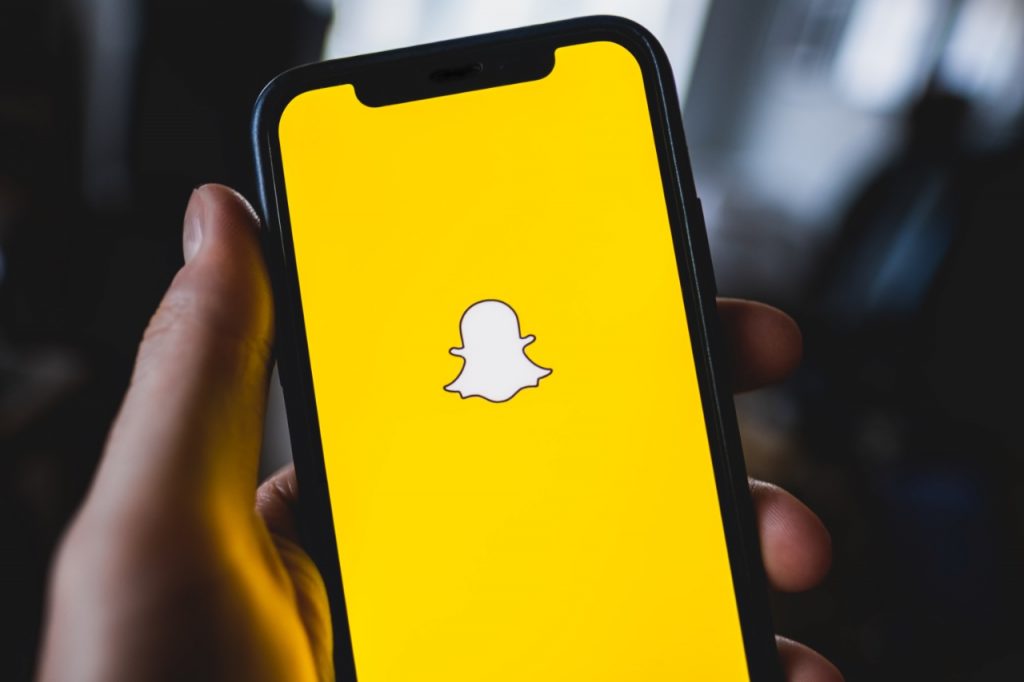 Many spy apps are available on the internet. Users can use them to break into security on social media accounts, including Snapchat. These apps aren’t free to use, but users pay a monthly bill. Some may charge minimal prices while others’ costs may range higher. Given so many ranges, users can choose the one that fits their requirements the most.

The Snapchat spy apps come packed with many in-built tools to provide extra service as required by its user. If you are also questioning how to log into someone’s Snapchat without a password, tools like a password finder or password decryptor will help you with this.

Once you have accessed the target’s device, you will still need a password to hack a Snapchat Account.

I consider you don’t know how to get someone’s Snapchat password.

You can use tools like Snapchat password finder or decryptor, which is a built-in tool with most spy apps. These tools copy every keystroke pressed by the victim to enter their account’s password.

If you google this query, you will come up with many videos, but none of them will tell you exactly how spy apps hack a Snapchat account. Before using any spy app, we advise you to complete your research and use only an official app. Here, follow the steps mentioned below to use spy apps for hacking Snapchat.

Step 1: Visit the official website of an authorized spy app.

Step 2: Use your valid email id to register and create your profile

Step 3: After verifying your email id, choose the plan that suits you the best

Step 4: Once done, you will be asked to fill in the information about the target device

Step 6: Once done, you can start monitoring the victim’s phone

You can use one of the following spying apps.

Social media platforms connect us with people globally. But it has also made all our private data public. However, people prefer keeping their feelings to themselves, and we never know what our close ones are going through unless something terrible happens.

Conversation is key to a healthy relationship, but we can’t do anything unless they are ready to share their feelings or problems. In this situation, people opt to spy on another person’s social media accounts to know if someone is trying to bully or harass them.

Some other functionalities of the Snapchat hack tools include the following –

A hacker can have many reasons why he wants to hack a target person’s Snapchat account in the first place.

Sometimes people do it out of curiosity, while other times, they do it with the wrong intentions. We don’t encourage any of this activity.

Our sole purpose for sharing this information is to make our readers aware of the ways someone can try to hack their privacy.

If you think someone has hacked your Android, read our article on how to fix a hacked Android phone to secure your data from hackers.

Spying on other’s activities is illegal in some countries. You can get in big trouble if the victim files a complaint against you.

So, you must be aware of your country’s law before hacking Snapchat Account and following any of the steps given above.