Making a typo mistake while writing a post on social media platforms isn’t a big deal. It may also happen when you are writing and publishing a tweet. Most platforms like Facebook let their users rectify it by editing their posts. If you are wondering, can you edit a tweet on Twitter as well? The answer is ‘No.’ Does this mean you can’t edit Tweets once posted? If you can, how to edit a Tweet? We will cover the steps in detail, so keep reading until the end.

According to Jack Dorsey, co-founder, and CEO of Twitter, this platform started as an SMS text messaging service, where you don’t have an edit button for the final text after hitting send. They want to preserve the same ‘it’s final’ vibe on this platform. Hence, it looks like they don’t have any plans to add the editing tweets feature any time soon. 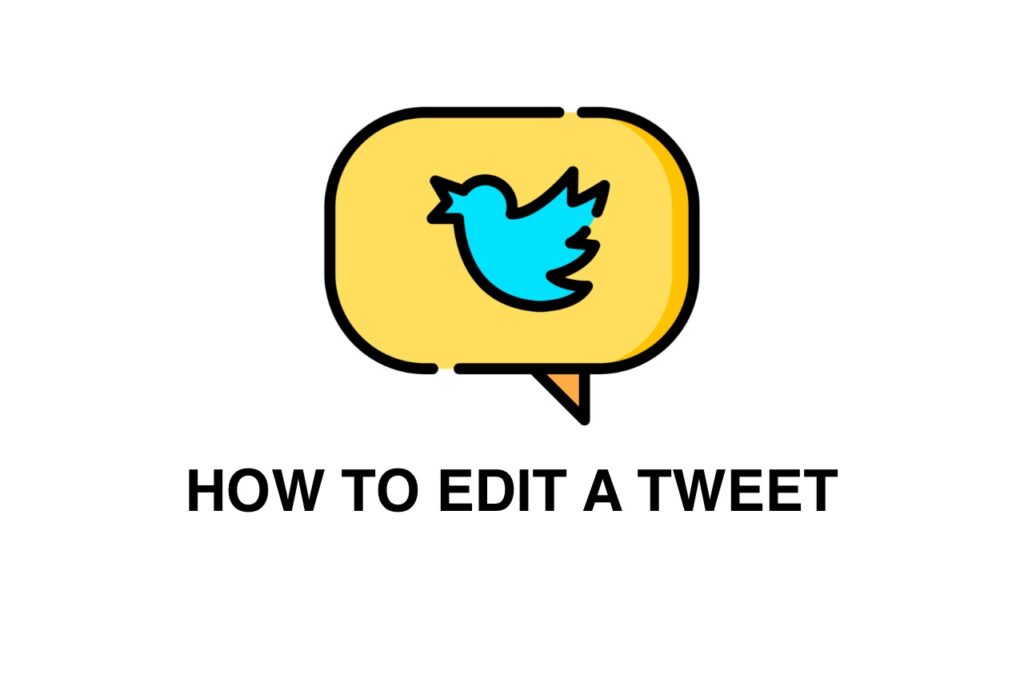 Table of Contents
How to Edit a Tweet on Desktop
How to edit a Tweet on Android
How to Avoid Mistakes Before Posting a Tweet?
FAQs on Editing a Tweet
Q. Are there any apps that can help in editing Tweets?
Q. Can I edit the Quote Tweet?
Why doesn’t Twitter Want to Add an Edit Button? (Summing-Up)

Step 2: Click on the Profile option on the menu bar on the left of the Home screen. 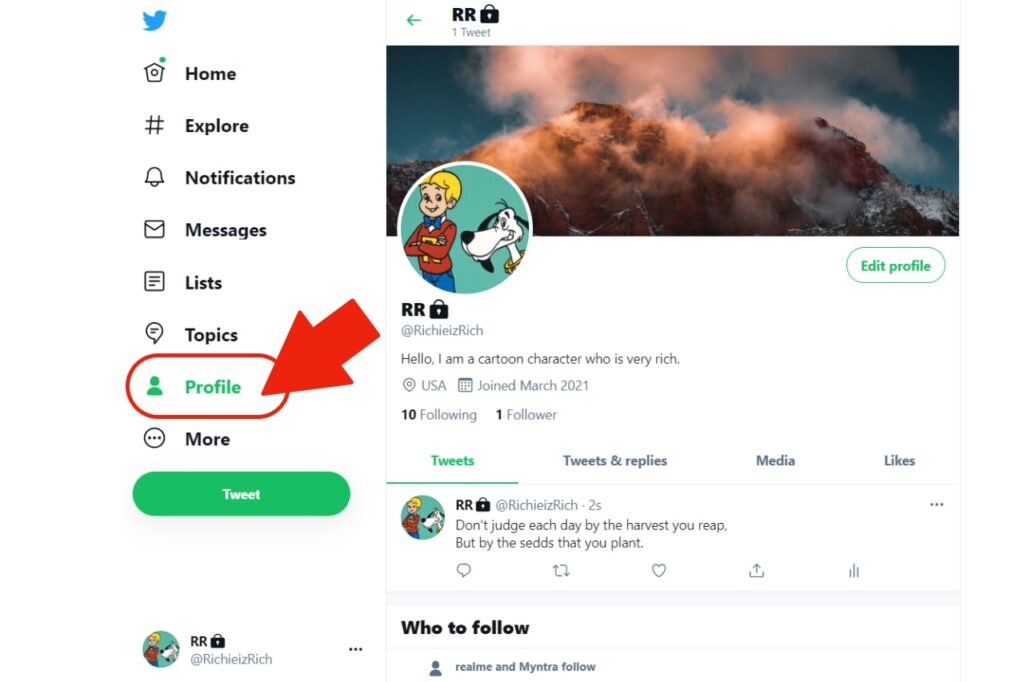 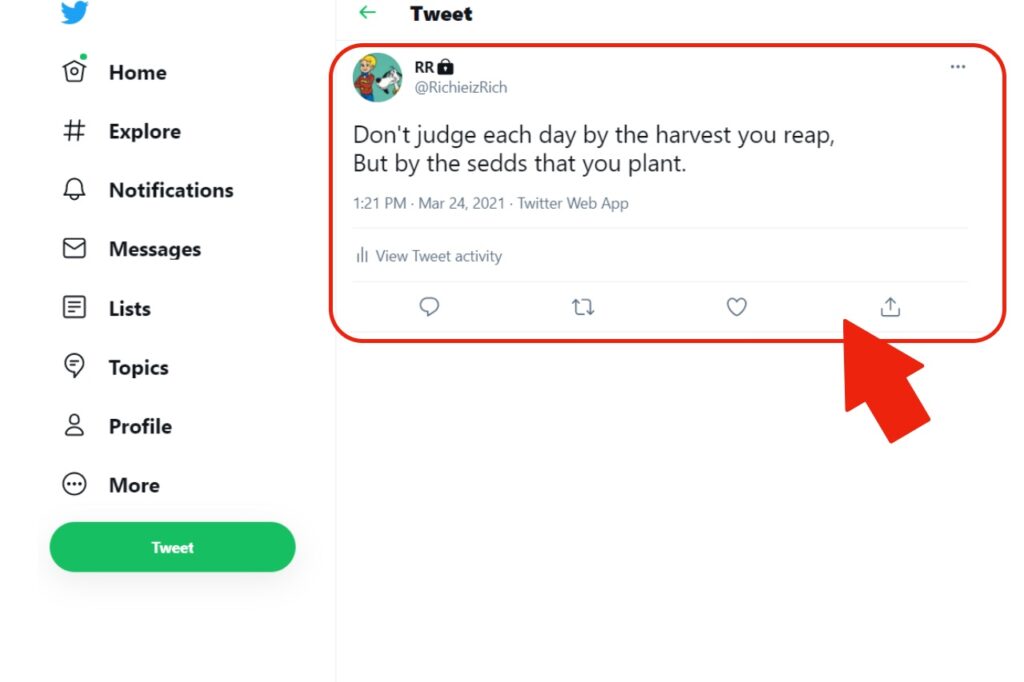 Step 4: Select the Tweet by dragging the screen cursor across the text. 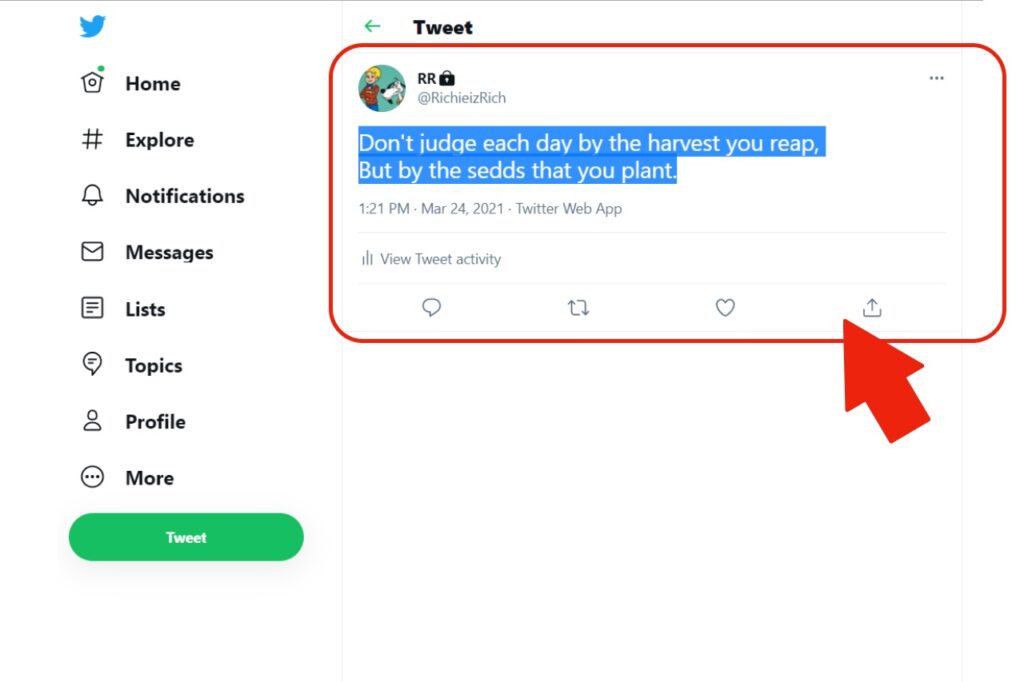 Step 5: Right-click on the mouse to select copy, or press Ctrl + C to copy the text to the clipboard. 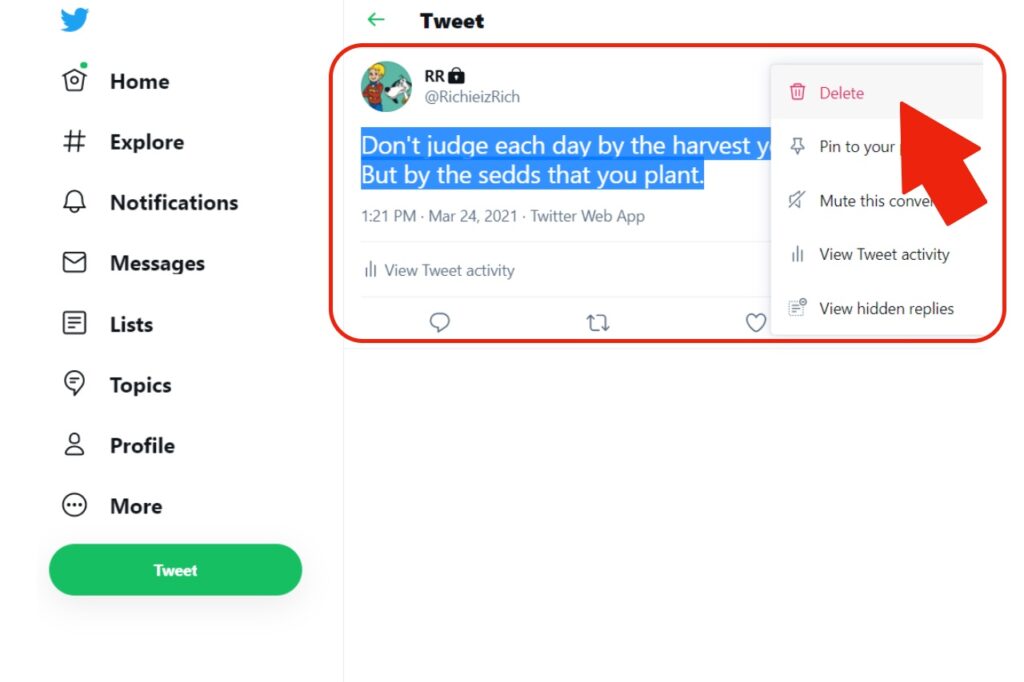 Step 7: Click on the Home option from the side menu bar to enter the Home screen. 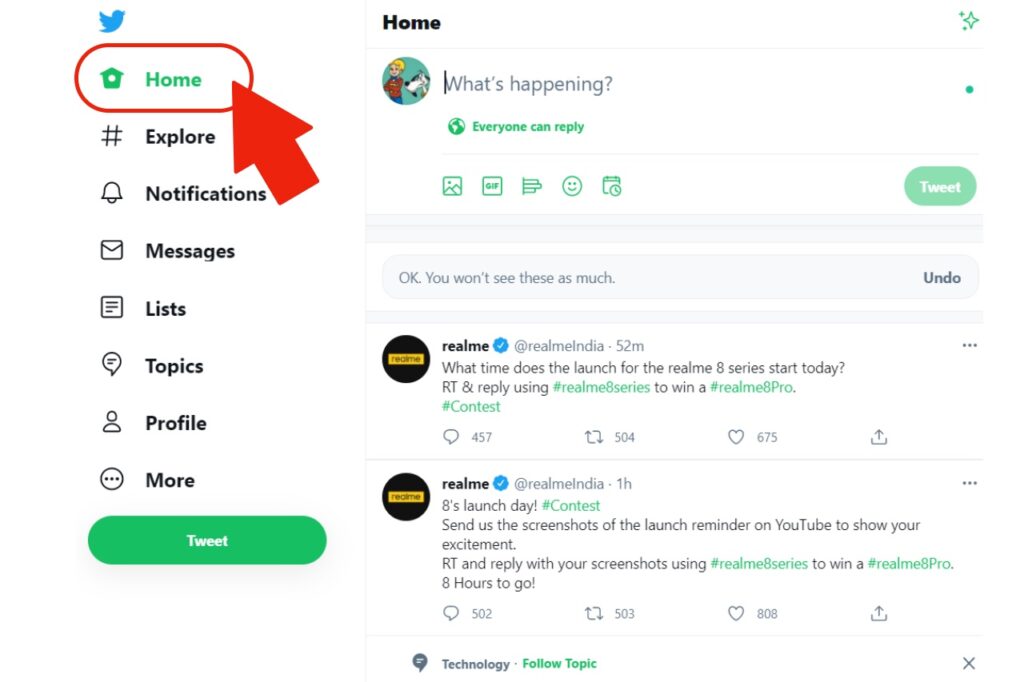 Step 9: Right-click on the blank space to select Paste, or press Ctrl + V to paste the original Tweet. 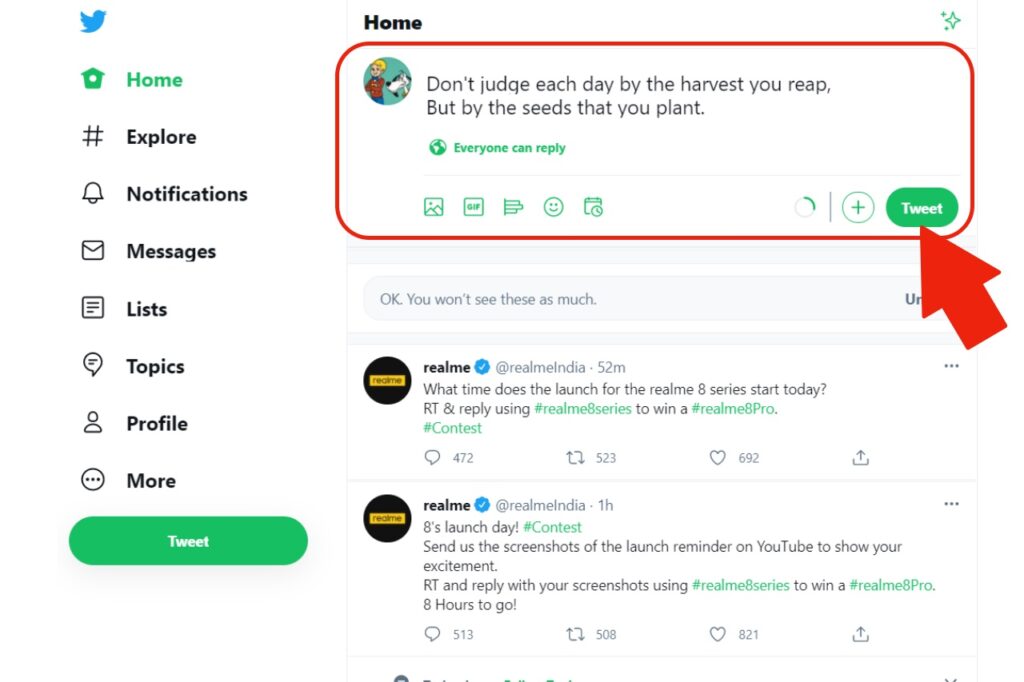 Step 2: Tap on the three bars in the top left corner of the Home screen and select Profile.

Step 4: Long press the Tweet to copy the text on the clipboard.

Step 5: Tap on the three dots present in the right corner, select “Delete Tweet,” and then tap yes. 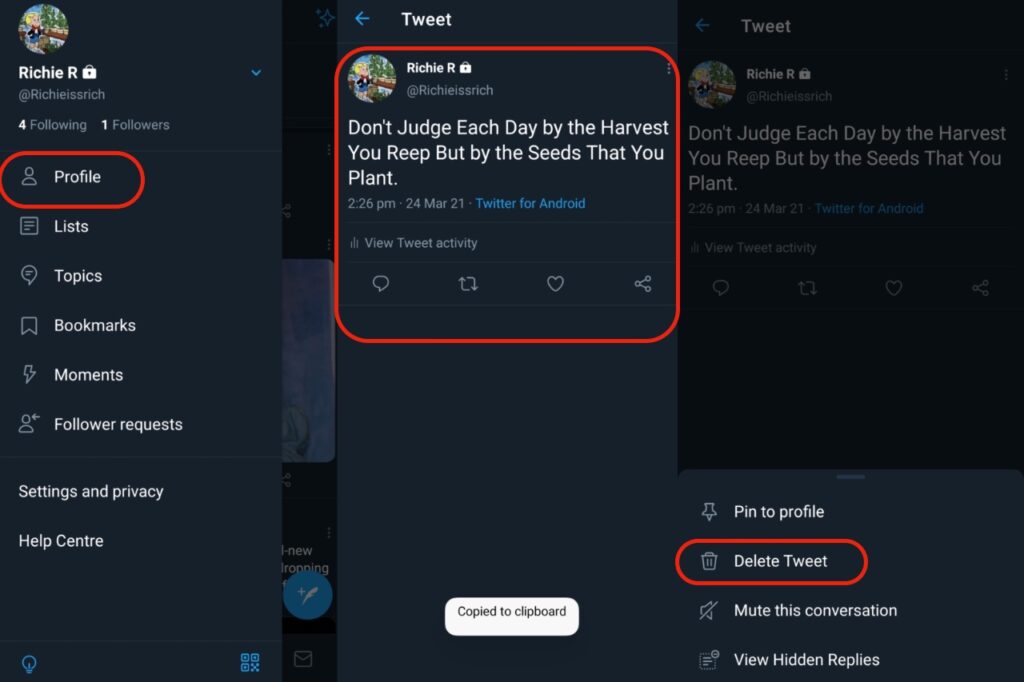 Step 6: Tap on your mobile phone’s back button to return to the Twitter Home screen. 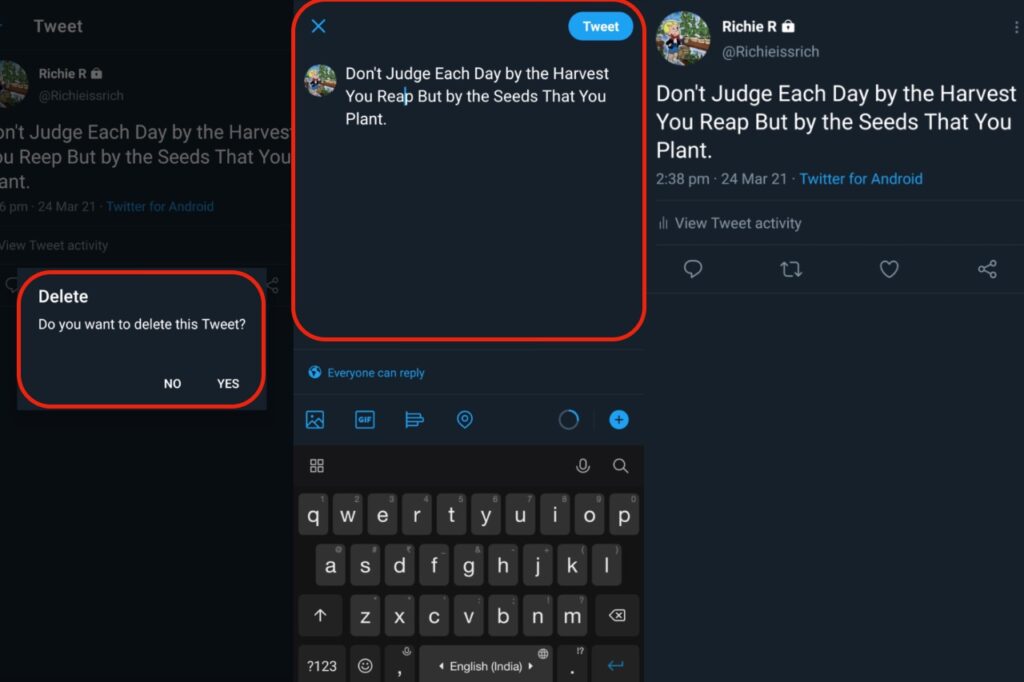 After learning how to edit a Tweet once posted, it’s time to learn how to avoid mistakes in the future. The first and foremost thing is to take a good look at the Tweet before posting it online. Here are some additional tips to avoid social media embarrassment –

Q. Are there any apps that can help in editing Tweets?

There isn’t any app that lets you edit a Tweet. However, you will find many apps on the Internet that can increase the time frame for publishing a post after you hit the send button. In addition, it gives you time to review what you have posted and how your Tweet will look.

Why doesn’t Twitter Want to Add an Edit Button? (Summing-Up)

Apart from the Twitter CEO’s reason to preserve the original ‘its final’ vibe of Twitter, there can be other reasons. Having an ‘Edit a Tweet‘ feature will allow people to change their statements and claim that they never did it. Unfortunately, it can become quite dangerous as it will benefit politicians and public figures as no one will hold them responsible for their statements. Do you still want the edit button on Twitter? Share your thoughts.