One of the hazards brought about by industrialization is the prevalence of toxic gases and vapors in many domestic and commercial environments. What makes things more dangerous is that a lot of these gases are invisible, odorless, and tasteless. Thankfully, people can rely on gas detectors in order to discover these hidden hazards. These gadgets can detect harmful gases within their vicinity, alerting people when such gases reach levels when they could become deadly. In order to provide an advance warning, gas detectors typically use a loud alarm sound. 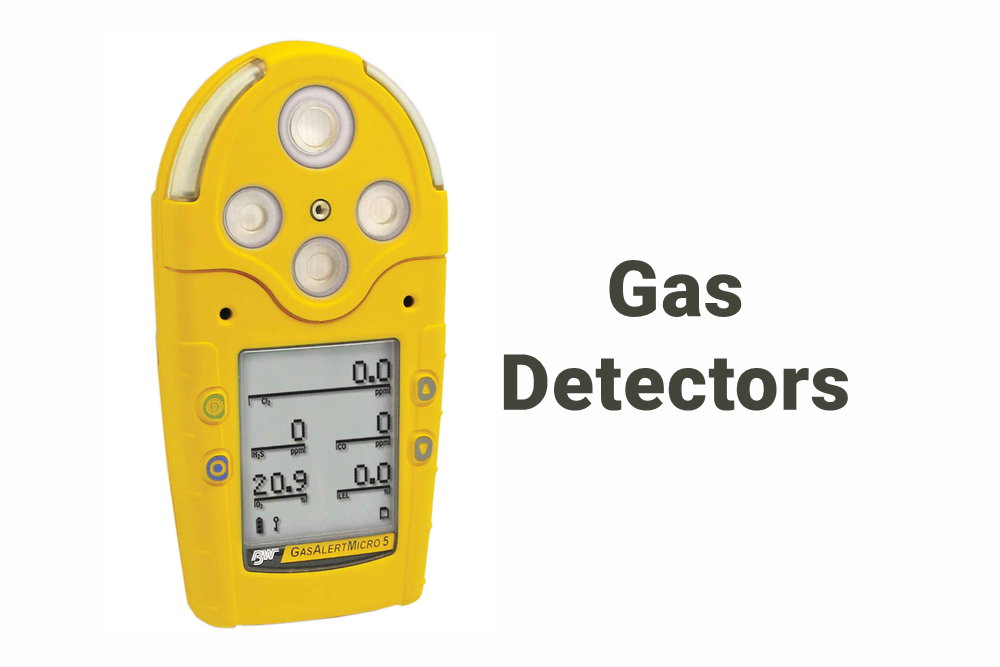 Before we delve deeper into the mechanisms of gas detection, it is important to first understand what makes certain gases dangerous.

There are three main categories of hazardous gases: combustible, toxic, and asphyxiant. Combustible gases, as the name suggests, are those that can burn or explode. Their inflammability can cause extensive damage to both people and property. Common types of combustible gases are ethane and butane. Even oxygen, which is essentially the air we breathe, can become combustible when placed in a high-pressure container, such as a cylinder.

Toxic gases, meanwhile, are poisonous to humans, especially when one is exposed to them for prolonged periods of time. Symptoms one can get from a toxic gas include mild headaches, vomiting, and—depending on the concentration and length of exposure—death. Examples of these are carbon monoxide and hydrogen sulfide.

Finally, asphyxiant gases deprive the body from getting the oxygen it needs. This happens when an inert gas is released in a confined space, ultimately pushing out the oxygen. In the case of hydrogen cyanide inhalation, the body is prevented from getting oxygen, causing for the individual to gasp for breath.

There are various ways gas detectors determine the presence of a harmful gas. In most cases, this is dependent on what type of gas it needs to detect. For combustible gases, catalytic sensors are used. This kind of gas detector utilizes a platinum-treated wire coil. When it detects combustible gas, it heats up and indicates via a bridge circuit the presence of the gas.

Toxic gases such as chlorine and nitrogen oxides are detected by electrochemical sensors. Such sensors work by using electrode signals. These are typically very sensitive and provide warning via electrical currents. Manufacturers also normally provide digital displays for this type of gas detector.

These three are just some of the types of gas detectors depending on function. Aside from the above categories, however, gas detectors are also grouped according to their construction or make. One popular category is the portable detector. This features high-quality design and smart construction, using compact components such as mini electric motors to make it easier for users to carry it around.  These items are very useful in numerous industrial applications, playing a key role in workers’ personal safety by detecting not only combustible and toxic gases, but also radiation.

Another category of gas detectors is the fixed system. These detectors are permanently deployed in a specific location only. Depending on the needs of an individual or an organization, these systems can either be a single-sensor installation or a network of detectors within a complex.

The addressable system, on the other hand, is a type of installation that assigns an individual number to every detector in a system. This makes it easier to pinpoint the exact location where elevated levels of harmful gas can be found, allowing technicians to respond accordingly.

The necessity for efficient and intelligent gas detection solutions has been historically proven. Thousands of lives have already been protected by these devices, and millions in dollars have likewise been saved by in numerous industries. The modern gas detector is indeed, a great—even if underrated—invention of the 20th century.

1 thought on “How Gas Detectors Help Save Lives?”