In the modern world, the internet is offering so many essential services for families. These include educational, financial, and entertainment service. A typical evening in a modern family features kids streaming movies or playing videos games, the wife uploading photos on Instagram and the husband reading e-books or updating his financial information. All these services require an internet connection and hence the need for a router. There will be no need for a WiFi router if you are using one internet device. However, the fact that a family has many internet devices, there is the need to have a router to connect them all. A WiFi router enables device (such as smartphones, computer desktops, laptops, smart TV sets, tablets and Apple TV among others) to share data file and connect to the internet from the same hotspot. 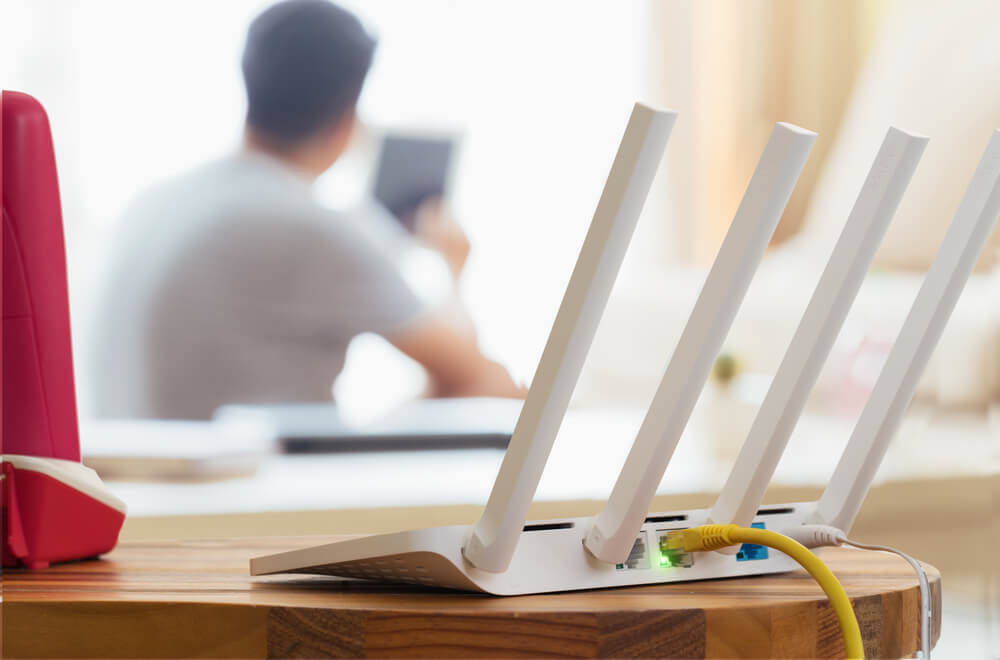 Sometimes it is necessary to consider a wired Ethernet connection. This is because it is faster and more secure. However, the fact that many internet serving devices such as smartphone do not have Ethernet ports, there is the need to have a WiFi router. It allows you to move around with your devices while still connected to the internet and also eliminating the cables hanging loosely in your house. Another advantage of a WiFi router is that it has an inbuilt switch which you can use to have a wired Ethernet if the need arises. Now, since this device is almost everywhere, let’s look at the factors to consider before choosing a WiFi router.

The speed is calculated in megabits per second (Mbps). This means that a router wit 500mbps is faster than the one with 300mbps. Although considering the advertised speed on the box is necessary, the advertised speed is not achievable in practical scenarios. The walls and other barriers may reduce this speed considerably. It is important to note that the speed advertised is your home connection speed and not the internet connection speed. It is usually determined by your internet service provider.

The first WiFi router offered 11mbps, which later evolved to 802.11g router model offering 54mps and later 802.11n router model which offered between 150mbps and 600mbps. The current standard model, which is the best wireless routers of 2017, is 802.11ac which offers more than 1gbps (gigabit per second) equivalent to 1000mbps.

There are three current standard wireless router models. These include; 802.11g, 802.11n, and 802.11ac. All these models have different specifications, and their compatibility with a certain device is determined by the device model. For example, the new model is 802.11ac, and if you want to enjoy the services offered by this model, your device must be compatible with it. If your device supports 802.11g model, you may not be able to enjoy the full benefits of the new model. Therefore, consider the model that is supported by your devices.

3. The number of devices in your home

Most manufacturers sell a dual-band wireless router which provides both 2.4GHz frequency band and frequency band 5.0GHz. Dual-band means that a router has two radios which operate at a 2.4GHz band or 5.0GHz frequency band. This enables you to increase the speed in a crowded wireless network by assigning some device to the alternate frequency. In modern days manufacturers have a tri-band WiFi router model which has an extra radio frequency of 5.0GHz. The tri-band can support so many devices since it has three frequencies. It is unlikely to have so many devices at home; hence, it is mostly used in offices. On another note, it is important to read the specifications carefully. This is because some dual-band can work on either 2.4GHz frequency or 5.0GHz frequency but not the two frequencies simultaneously.

It is important to note that this is not related to internet speed. It means that you can optimize how the router works depending on your activity on the internet. For example, if you are making an internet call, it will not degrade just because someone is streaming a movie. This is called media prioritizing, and it is an important factor to consider when choosing a WiFi router.

5. The number of ports

For any shopping, the budget is a vital consideration. This is not an exception when buying a wireless router. It is important to compare the various prices offered by manufacturers. Mostly, the price is determined by the service you get from your router. Also, it is good to consider if your router has a warrant in case of immature breakdown.

From a distance, all WiFi routers look alike. It is therefore advisable to have a closer look and do some research before buying one.

17 thoughts on “How to Choose the Right WiFi Router for Your Home?”