When Bitcoin’s white paper was released in 2008, many of us overlooked the very technology that powers the cryptocurrency: blockchain.

According to Fortunly, the launch of Ethereum was a watershed moment in the explosion of blockchain popularity worldwide today. Two years after it was rolled out, Ethereum became a crowdfunding platform for Initial Coin Offerings (ICOs) in 2017. ICOs have been helping fund blockchain projects ever since.

Technologists in various industries, such as legal, retail, photography, automotive, and government, have been pondering the different uses for blockchain. There is no denying, however, that the financial sector has been the greatest beneficiary of this disruptive innovation.

In this article, we will explore how financial services companies are using blockchain and what challenges might hinder the mainstream adoption of this technology in the near future. 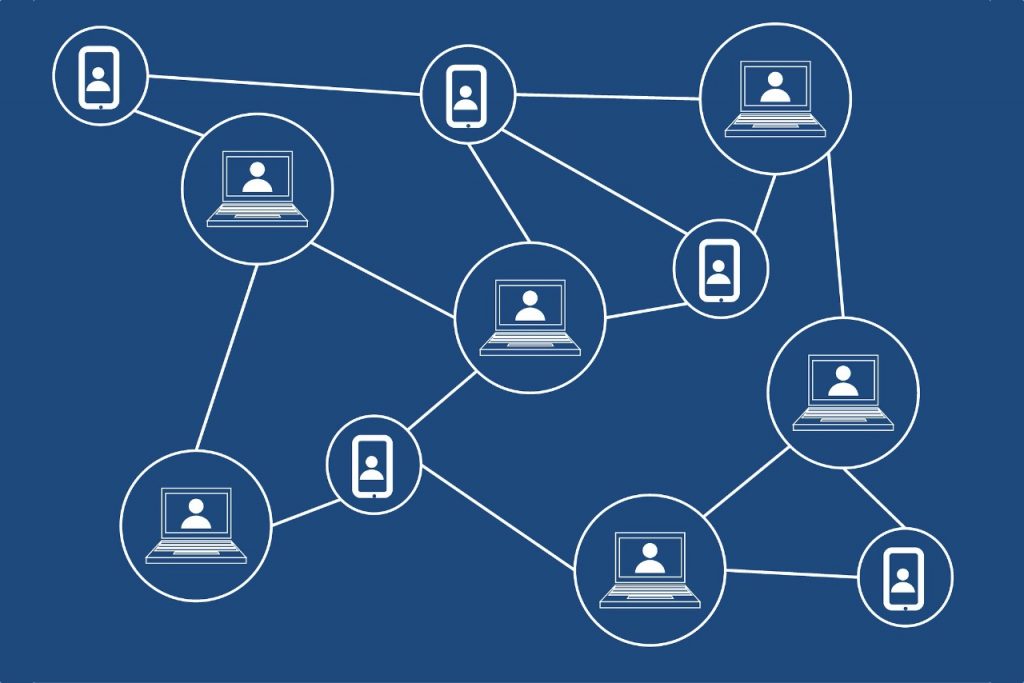 Bankers have matured enough to realize that they can also leverage blockchain. Within the past three years or so, the technology has contributed to cross-border transactions, improving customer authentication, and combating fraud, amongst other things.

A large number of financial institutions around the world already witnessed the fruits of their collaboration with tech firms. For instance, five Canadian banks partnered with SecureKey Technologies Inc. to enable consumers to verify their identities digitally and securely in order to access banking services.

Another success story is JPMorgan’s payment platform, Interbank Information Initiative, which is based on the Ethereum blockchain. The project piloted in 2017 and its network now consists of over 340 banks around the world. 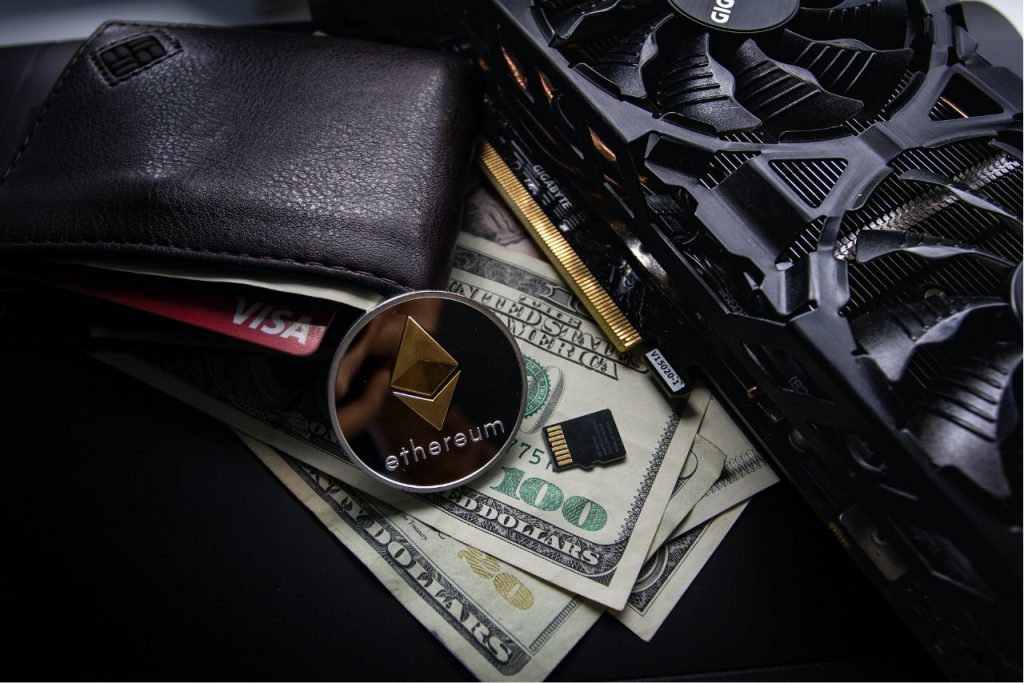 Despite its reluctance to embrace the technology, the Bank of America was recently reported to have conducted a pilot with blockchain company Ripple. While it is not the first time both parties worked together, they were rather secretive about this one.

Fintech innovations have been changing the remittance world in many ways. But blockchain has yet to drive any major payment processing trends truly thus far. One of the explanations for this is the technology’s inability to support multiple transactions at once.

To put things into perspective, SWIFT can handle up to 24 million money transfer instructions every 24 hours, and Visa can deal with 65,000 messages per second. The Bitcoin blockchain, on the other hand, can only process about 2,000 payments in ten minutes per day.

Tech experts are fully aware of the limitations of blockchain. Until these savants are able to enlarge the size of blocks to accommodate more transactions, blockchain platforms can’t seriously challenge MasterCard, PayPal, and other payment processing giants. 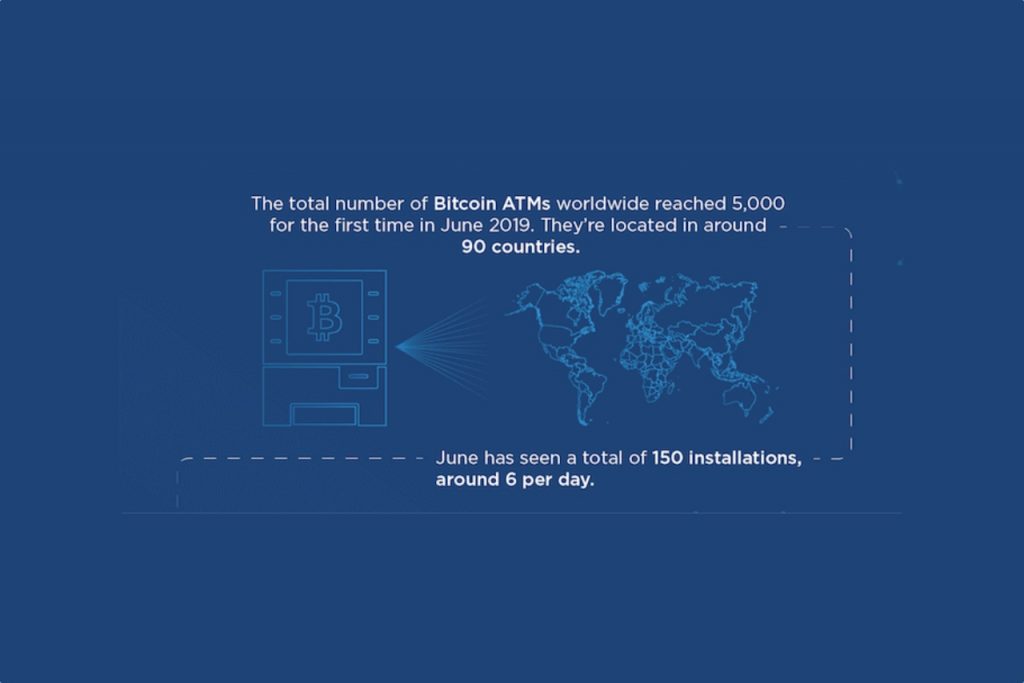 What can propel blockchain and cryptocurrency to mainstream adoption, however, is Facebook’s Libra. This controversial project aims to establish a decentralized payment network outside the traditional financial system.

As a medium of exchange, Libra is a Stablecoin; therefore, it is purely digital. It will not render fiat money obsolete, though, for its value depends on powerful currencies such as the US dollar.

The Libra Association, the would-be money’s governing body, will manage a reserve to keep the digital coin’s value stable. If Facebook’s nearly two and a half billion users exclusively use Libra to buy stuff and send money to other people, the reserve could hold trillions’ worth of different fiat currencies.

In other words, Libra’s blockchain-powered payment network has the potential to disrupt the monetary system and upset global markets. If Libra ends up being a success, it will give the social networking titan and its private-sector backers financial and political clout significant enough to scare governments.

Naturally, regulators in many countries have been hostile towards Facebook’s ambitious goal. Considering the company’s extensive history of cyber-attack vulnerability, Mark Zuckerberg and the company will have to move heaven and earth to live through fierce global governmental scrutiny just so Libra can see the light of day.

Being an industry encumbered by tons of paperwork, data silos, and legacy systems, insurance is fertile ground for blockchain disruption. The innovation can also address one of the fundamental concerns in this business: the question of trust.

Traditionally, policyholders have no choice but to take a leap of faith and allow their insurers to give them coverage when the “right” conditions and circumstances arise.

However, insurance companies keep their eye on the bottom line. Since they do not have to return the premiums they collect from their customers when they do not ask for compensation, it is in their best interests to deny claims whenever possible.

Policyholders with lower risk levels are naturally at a disadvantage, for they, as a counterweight, essentially help pay for the coverage needs of riskier customers. Insurance companies fear fraudulent and false claims. Without high-tech solutions to investigate cases more accurately, they run the risk of paying unscrupulous customers.

Many Insurtech firms have been using blockchain smart contracts to promote mutual trust between insurers and policyholders. These coded policies ensure absolute accountability for both parties.

PolicyPal fully automates the flight delay insurance-claim procedure through the use of self-executing digital contracts. Tied to departure and arrival data, these smart policies do practically all of the heavy lifting for customers and insurers.

State Farm and United Services Automobile Association, a group of diverse Fortune 500 financial services companies, have teamed up to accelerate the auto claim subrogation process with an elegant blockchain solution.

FidentiaX built a marketplace for tokenized insurance products and a decentralized digital ledger for immutable policy histories of users.

Moreover, some Insurtech firms want to compete with incumbent insurers head-on and to take a slice of the multi-trillion global insurance industry pie. These tech startups are fusing peer-to-peer networking with blockchain to allow people to pool their funds and co-insure one another without a somewhat authoritarian third party.

Teambrella and Lemonade are both high-tech P2P insurance platforms with unique models. The former gives network members the power to approve claims and decide on the compensation through a transparent voting process while the latter uses smart contracts to verify a claim’s legitimacy and release payments in record time.

Crypto-based home-sharing platform Beenest has joined forces with WeTrust to create a blockchain-centric insurance product for its community of property owners.

In the field of agriculture, German Insurtech Etherisc made a decentralized app that enables farmers to document weather-affected crops and parcels of land with less hassle. This way, policyholders can strengthen and simplify their insurance claims more effectively.

As the insurance business, real estate is synonymous with tremendous documentation and uncertainty. Database decentralization and smart contract usage are clear necessities, considering that Moody’s believe that up to $1 billion could be saved by integrating blockchain into mortgage applications alone.

UBITQUITY is one of the Proptech firms that is already leveraging blockchain to address common pain points in the real estate industry. The startup is providing “record-keeping-as-a-service” in European countries such as Ukraine, Sweden, and the United Kingdom to upgrade the land ownership regime of title companies and national governments.

The United Arab Emirates, which intends to digitize half of its government activity as early as 2021, is collaborating aggressively with the private sector to help realize its all-encompassing blockchain adoption vision.

Amongst the busiest agencies is the Dubai Land Department. In 2019, it has partnered with Mashreq Bank to roll out a blockchain-driven repository of mortgage deals and with multinational telecommunications firm Etisalat to improve the registration and verification procedures in real estate.

Propy uses Ethereum-based smart contracts to create a one-stop-shop for property sales without a third party. Recently, the startup helped sell a London mansion $24 million in bitcoin. Even more impressively, in Ukraine, Propy facilitated the sale of the first property to be bought using a cryptocurrency in history.

In the short term, the Proptech company plans to allow digital coin payments exclusively. In Propy’s book, cryptocurrencies can be exchanged the P2P way by eliminating fraud in transactions and democratizing real-estate investing through fractional ownership.

Moreover, ATLANT is a startup that tokenizes real estate assets. Its blockchain platform makes it possible to buy shares in properties as if they were stocks in publicly traded corporations. The Proptech firm makes the exchange between tokens and fiat currencies effortless to encourage investors of all tax brackets to join and trade. 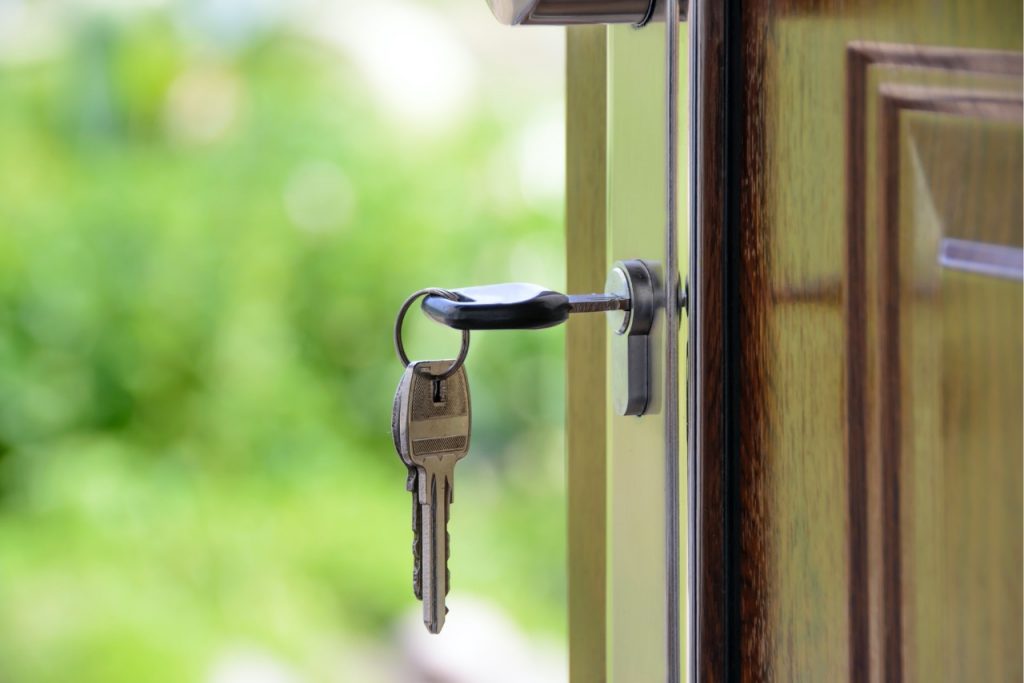 Peakside Capital had investors in the German office market in mind when it developed ScalingFunds. Dubbed as “funds-as-a-service,”  the technology makes it painless to raise and manage funds.

The renting side of the industry was also not immune to blockchain disruption. Aqua linked up with American hospitality giant Hilton Hotels to use its decentralized and secure property management platform to maintain a reliable database of the hotel chain’s guests.

Rentberry, the most successful real estate ICO so far, is reinventing the traditional home rental model in major cities around the world. The startup allows potential tenants to engage in a bidding war for the rental price rather than allowing the fee to stay on a landlord’s terms. 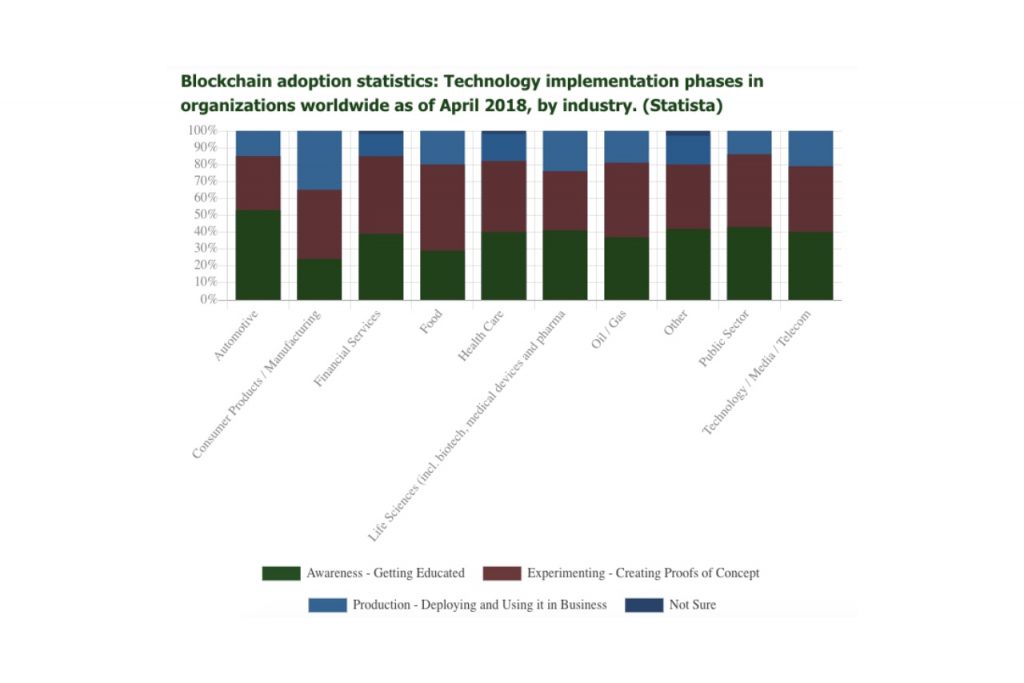 Challenges for the Future

Blockchain may seem to be ripe for mainstream adoption, but the global financial sector can’t implement the tech at a faster speed due to various reasons.

The innovation has a scalability conundrum. Its lack of central authority has made it rather difficult to finalize key decisions about how it should function when it should be improved and what should be upgraded.

The trustworthiness of public blockchains stems from code and collaboration amongst its growing community worldwide. However, network participants do not always agree with one another. Topics such as block length and maximum transaction quantity spark spirited debates, which can lead to a stalemate.

Blockchain ecosystems still need a lot of growing to do to learn how to efficiently and effectively govern themselves. Time may allow participants to establish procedures for settling disputes constructively, but it is also hurting the tech’s development.

The shortage of competent professionals is undercutting the growth of blockchain. It created 5,700 new jobs worldwide last year, half of which were located in the United States. According to Higher Ed, blockchain roles on LinkedIn in September 2018 soared 6,000% year-over-year.

Since the talent demand vastly outpaces the supply, the skills shortage remains largely pandemic. In fact, the ratio of blockchain developers to pertinent job openings across all industries was over 1 to 14.

Unless Fintech is heavily promoted to the next generations of the global labor force, scouting for proficient talents will continue to be a lingering headache for the financial sector.

Currently, there is no globally accepted body that sets the standards for blockchain. The absence of a universal layout of a transactional data structure is creating some confusion. Since cryptocurrencies operate differently from their fiat counterparts, there has to be a standardized way to organize information in order to use digital coins more seamlessly.

Impunity is somehow keeping the technology from being the new foundation of the international financial system. Blockchain platforms are still not highly regulated, which creates ambiguity regarding which party is responsible for what.

Without clearly-defined rules for determining culpability, the masses would not trust blockchain-driven systems with their money. These platforms might be touted as unhackable, but they remain susceptible to computer errors and privacy issues.

But then again, the increasing legality of bitcoin on the global stage is a positive sign. More or less, 40% of the world regulates the digital coin now.

Most major economies, such as the United States, Canada, Australia, the European Union countries, South Korea, Japan, and Russia, have completely legalized it. While China and Indonesia allow bitcoin trade with limitations, a restriction is better than criminalization.

Some financial circles might covertly wish blockchain and cryptocurrency to fail to preserve the status quo where the balance of power favors them. But the Fintech train seems unstoppable at this point.

Tech mavens might have already scratched beyond the surface of blockchain’s potential, but the innovation is far from reaching a plateau. Until we get to that point, observing how it will overhaul the financial sector is going to be a thrilling ride.